Bakersfield ranks No. 3 on a survey of the best smaller cities for college graduates, right behind Ventura and Bridgeport, CT; and noting the 45th anniversary of the loss of 99 sailors on the USS Scorpion nuclear submarine

* ... BAKO: Bakersfield has long suffered a "brain drain" as some of our best and brightest young people leave for greener pastures, but now comes word that our community is becoming increasingly attractive to young college graduates. According to a recent survey, Bakersfield ranked No. 3 on a list of smaller cities that pay a premium for college graduates. The Ventura-Oxnard area was No. 1 on the

list, followed by Bridgeport, CT., Bakersfield, Poughkeepsie, NY, and Melbourne, FL. The survey, conducted by CreditDonkey, took into account median income, cost of living and a salary premium for having a degree.

* ... BAD FORM: A pox on the passengers in a small white sedan who deliberately ran down a cyclist on Panorama Drive this week and either threw something at his head or used a club to bash his helmet. The cyclist happened to be Tom Morgan, a former Kern County Sheriff's deputy who was shot point blank in the neck some years ago during an arrest and miraculously survived. He is now a lawyer with the county counsel office and took up cycling for fitness. Morgan escaped serious injury in the latest incident, but only because his helmet saved him from serious head trauma. So this is his reward for putting his life on the line in service of our community? (file photo of Tom Morgan) 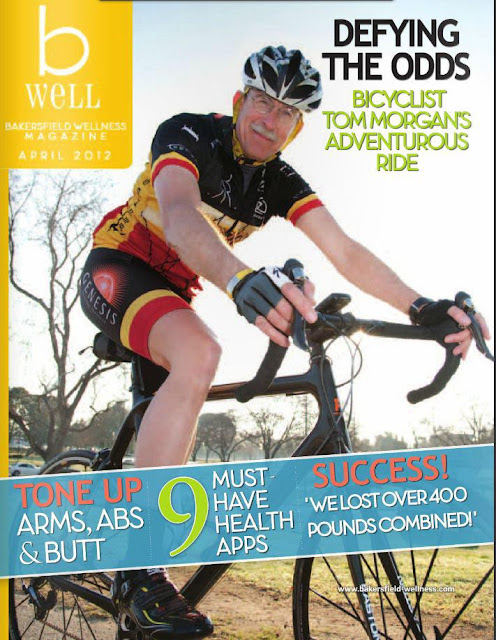 * ... ACHIEVER: Good news for Timothy Schmidt, a 1989 graduate of Foothill High School who has been awarded tenure at South East Missouri State. He graduated from Westmont College with a bachelor of arts degree, received a masters from Northern Colorado University and his doctorate from the University of Illinois.  He has been on the music faculty at “SEMO” for the past five years. He is the son of Gerhard and Mary Schmidt of Bakersfield.

* ... FLY IN: The Bakersfield Municipal Airport is holding an open house and a "fly in" on Saturday, June 1, starting at 9 a.m. This looks like a great event for parents and their children and is free to the publice. Aircraft will be on display and there will even be a Porsche and Mopar club cars there.

* ... MEMORIES: More memories of Wayne's Dairy and the growth of our town. This one comes from reader Bow Porter" "Our family was a Wayne's Dairy customer also. We lived in a Gannon built house on Mt. Vernon when it was a dirt road, and our back door was open to George, our milkman. As Bakersfield moved east, we did too, making about three moves as new houses became available over the years... George's route kept up,  also moving east. My son, Ken Klose, had a Sunday morning newspaper route, and would report new residents, new potential customers to George who rewarded him with a special treat of chocolate milk or donuts... We paid our bill monthly, and I didn't  keep track of what George put in our refrigerator; he just knew what we used and kept us supplied. Life was so simple and trusting and honest."

* ... NAVY: And finally reader Gene Bonas reminded me that May 22 was the 45th anniversary of  the loss of the nuclear submarine the USS Scorpion. Ninety-nine sailors died in the incident. As Gene said: "Anytime a Navy shipmate is lost, we Navy veterans say: 'Sailors Rest Your Oar! We Will Always Remember!'" (historic photo of USS Scorpion) 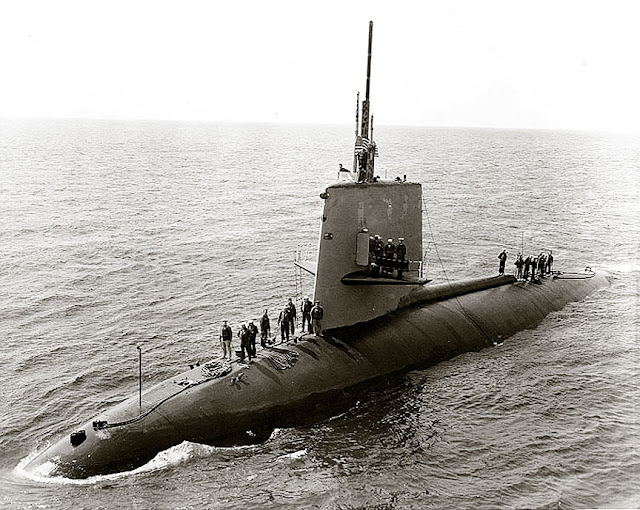