Bakersfield College appeals the punishment for its football program, and local folks wonder if someone will have to pay the price for it

* ... ALARM SYSTEMS: Here is an important tip about home alarm systems in the city of Bakersfield, compliments of reader Gary Crabtree. "Saturday evening we returned from dinner about 6:30 to find our alarm activated and a message from our alarm company on our answering machine that our front door had been breached." he wrote. "We found nothing missing. A call to the alarm company indicated that they
had called the police. At 9:30 p.m. an officer arrived at our front door. He indicated that he just got the call from dispatch. We were told that if we didn’t renew our alarm permit with the city every year for $30 they may or may not respond.  So a warning, if you expect BPD to respond to your alarm system, better cough up $30 a year to the city." 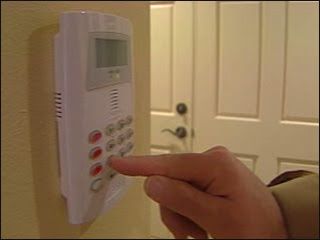 * ... THE BUZZ: It's good to see Bakersfield College appealing the punishing sanctions against its football program, but folks are wondering if someone will be sacrificed because of the harsh penalties. If BC Athletic Director Ryan Beckwith is fired over all this, it won't be because he has lost the support of the BC Helmet Club. Paul Pavletich, president of the booster club, made it clear on First Look with Scott Cox that the club supports Beckwith and would not agree with his dismissal. Stay tuned as this story unfolds. 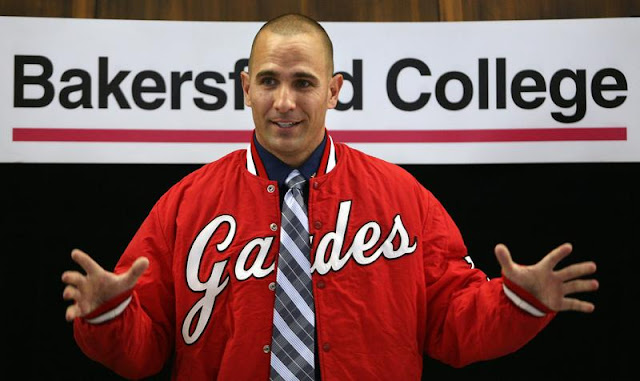 * ... ACHIEVER: Another local Bakersfield product has gone on to make quite a name for himself in the healthcare industry. Dr. Jason Dinger has been identified as one of the top 300 most influential people in U.S. health care, according to a recent survey by ModernHealthcare.com. Dinger graduated from Bakersfield Christian High School and went on to Vanderbilt University in Nashville. He is currently CEO of Mission Point Health Partners in Nashville. His father, Steven Dinger, is president of BCHS and his mother Nancy is a social worker at Koinonia Family Services.

* ... GIVING: Yet another example of the generosity of our local Rotary clubs. The Waterman Foundation of the Rotary Club of Bakersfield (the downtown club) has awarded nearly $40,000 in capital improvement grants to nine local non profits. Among the recipients were the Alliance Against Family Violence, the Bakersfield Music Theater, the Buena Vista Museum, the Boys and Girls Club, CASA, the Golden Empire Gleaners, the Kern County Museum, MARE and San Joaquin Community Hospital.

* ... HOSPICE: If you are looking for a way to support a good cause and enjoy a nice glass of wine, mark this Thursday, May 23, on your calendar. That's the date of the "Optimal Cares Wine Tasting and Concert" set for the Bakersfield Museum of Art at 5:30 p.m. It is a fund raiser for the Optimal Hospice Foundation. Tickets are $75 each and can be purchased by calling Cherie Shoemake at (661) 716-8000.

* ... MEMORIES: Brian Landis said his 85-year old grandmother, Elizabeth "Bette" Crume, wanted to share this memory about when everyone would leave their back doors open so Wayne's Dairy could deliver fresh milk to your refrigerator while you were either sleeping or away from home. She is, thank you, a faithful reader of The Bakersfield Californian and said she enjoys reading Herb Benham's column but worries for his kids. "She wanted to be sure to let you know that she thinks John Arthur is a smart-ass!" Brian said. I will make sure both Herb and John get the message, Brian.

Why wouldn't someone pay his alarm fee? It's cheap as heck. Is your buddy the appraiser not paying his bills?