Bakersfield ranks high on a list of cities with strong job growth, thanks to the boom in the oil and gas fields. And remembering swim teacher Owen Nelson, a role model for so many others

energy’s power can be seen in smaller metro areas. Oil-rich Midland, Texas, places first on our list of smaller metro areas (those with less than 150,000 jobs) and also first overall among the country’s 398 metropolitan areas. Nipping at its heels in second place in both categories is Odessa, Texas. On our medium-size cities list, energy towns with strong growth include No. 4 Corpus Christi, Texas; No. 5 Bakersfield, Calif.; and No. 6 Lafayette, La."

* ... RIP: Donna Cazacus wrote to remember Owen Nelson, a retired Bakersfield City School District teacher and longtime swim coach who passed away recently. When Donna was a teenager, Nelson was the head lifeguard at the Jefferson Park pool. "I have thought of him countless times over the years and have many memories of him, including him buying an early Mustang (red) and him jumping into the pool to help a child in distress. However, the thing that has most stuck with me is the counseling he gave me when 'friends' weren't being so nice to me at the pool.  He told me not to worry about them, that the friends you have in college will be the friends you have for life.  And he was right!  Thank you, Owen."

* ... BAD FORM: Just when you think we are making some progress against litter you witness something like this. From reader Caroline O. Reid: "I was entering the parking lot to the Target off Stockdale Highway on Saturday, July 6.  I met a woman leaving.  She had her child in the front seat open the passenger door and start throwing trash out of the car.  All I could think to do was roll my window down and say, 'Are you cleaning out your car?' Her window was down. She was actually stopped in the row of traffic leaving the store as her daughter threw out bags, cups, etc.  Glancing in my rearview mirror I saw their trash sitting in the left turn, outgoing lane. I mentioned it to a couple of employees inside the store but the trash was still there when I left. I cannot imagine that anyone would think that would be a good place to clean out one’s car. Unbelievable."

* ... RALPH: Popular local radio talk show host Ralph Bailey may be headed to surgery to correct a heart ailment. Bailey, host of The Ralph Bailey Show on NewsTalk 1180 KERN, told listeners this week that an abnormality was detected during a routine exam and he is now awaiting word if surgery will be necessary. Bailey's highly rated program appears on KERN from 3 p.m. to 6 p.m. five days a week. 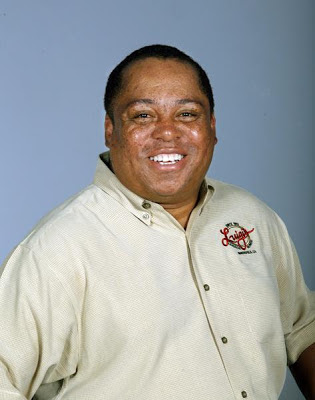 * ... CONCERT: If you are looking for something to do this Saturday, alternative country crooner Grant Langston is playing at The Gardens over off 19th Street. The Gardens is a relatively new meeting and concert venue at the corner of 19th and R streets, a beautiful outdoor setting and that is ideal for weddings or other events. Doors open at 7 p.m. and Langston comes on at 9 p.m. The best part: admission is free. 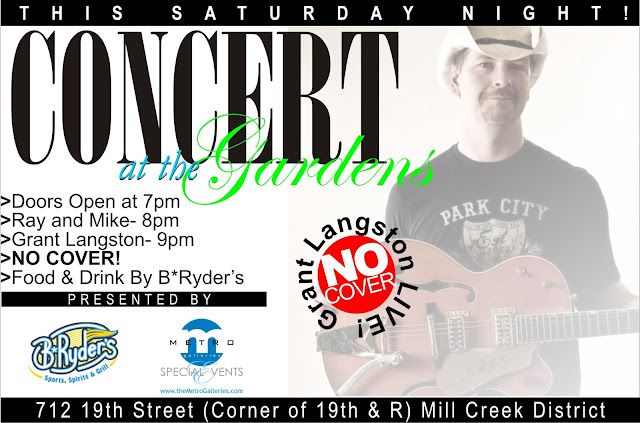 * ... MEMORIES: Darlene Stewart asks if anyone remembers Art DiRico's Italian restaurant from the 1950s  and 1960s.  "As I recall it was on the south-east corner of South Chester and Belle Terrace.  It had the old Italian look with red and white checked tablecloths and candles dripping multi-colors onto wine vinegar bottles.  It was fun to watch the chef making the pizza dough by throwing it up in the air.  Great place to go with lots of ambience & the best Italian food - their pizza was at the top of my list!"
Posted by Richard Beene at 3:15 PM