A dying friend reaches out to touch base, radio show host Ralph Bailey gets some good news and remembering DiRico's Italian eatery

* ... MARK: You don't know Mark James, and I had not heard from him for years until he reached out to me on July 3. Back when I knew him, some 35 years ago, I was a young reporter and he was an ambitious young aide to a Georgia congressman. We knew each other on a professional level, we both moved away, the years passed and we went about living out our lives. That is, until I heard from him.

Mark is now dying, suffering from a cruel lymphoma that has depleted his strength and left him alone in his thoughts, reflecting on a life that passes by in a seeming nano second. And yes, he has regrets. I asked Mark if I could share his thoughts, because I have found them so profoundly powerful. It is a story of success, joy, loneliness, fear and regret, both sad and uplifting. From time to time I will share Mark's story. I will begin with his first email:  "After 40 years, I suddenly had you on my mind, so I Googled you and am so happy you did so well in your career. I met you when you when I was a kid working for Congressman John Davis. A few years later I decided politics was hopeless and decided to make money. I spent the bulk of my career running an American commercial real estate company based in Manhattan for a wonderful Saudi family. I'm declining now from a rare Lymphoma. The chemo didn't work and I'm lingering, homebound, with much time on my hands. You probably don't remember Mark Stroup (I've been Mark James for 30 years) but I remember you. When I was so young, and quite stupid, you treated me with respect. So this is to thank you, and to let you know you made a difference in my life. I am most grateful."

* ... BAILEY: Local radio talk show host Ralph Bailey got some good news last week when he was told he would not need surgery for a suspected heart ailment. "It was the scariest call I have ever received," Bailey told me. "But it was good news!" Bailey was told he may need a stent, but after a review by Dr. Brijesh Bhambi and his staff at Central Cardiology Medical Clinic, he was given a clean bill of health. Bailey will be my guest on First Look with Scott Cox on Tuesday at 9 a.m. to talk about his health scare. 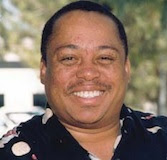 * ... ACHIEVERS: Hats off to the Bakersfield College culinary department team which recently won top honors during a competition in Mammoth. Said Bob Mullin, whose granddaughter was on the team: "They beat out four culinary schools for the championship.  They were the only junior college to compete. The other teams were cordon bleu schools and an art institute.  My granddaughter, Victoria Menna, was also one of twin students to be selected to intern under the master chef at the Playboy mansion in Los Angeles. Way to go Tori!"

* ... MEMORIES: Vickie Burke Schallock wrote to thank Darlene Stewart for evoking memories of Art DiRico's Italian Restaurant, which was located on the southeast corner of South Chester and Terrace Way (not Belle Terrace). "As a child in the 1950s, I recall our family visiting the restaurant and I also recall the red/white checkered tablecloths and the candles dripping the multicolored wax onto the wine vinegar bottles placed on the tables. Fun times! Along that line, does anyone recall another long-ago Mexican restaurant, I believe it was called Señor Jose's, and I think it was located in the southeast corner area of Chester and California. My siblings and I also enjoyed visiting there with my folks...kids always received some kind of small toy upon leaving the restaurant!"

* ... MORE DiRICO'S: And this from Jerry Beckwith: "In the late 1950s Art DiRico tended bar, Dave Blanco was the chef, Dave Gallagher was the pizza boy and I was the pearl diver. Some nights after closing we would go to the Terrace Drive In, via the exit gate and watch the late feature film. When security came by to eject us, out popped a container of spaghetti and it was all good. Art's mom made all of the ravioli and the New York style cheesecake at home. Yum."

Posted by Richard Beene at 1:18 PM

God Speed to Mark...
May he find peace in his final days.

Very interesting story.
Motivated to read the rest.
Life is a journey, and such a very short one...