* ... PEREZ: One person who predicted the defeat of Leticia Perez in the state Senate race is Bill Thomas, the former chairman of the House Ways and Means Committee and a longtime Republican insider and strategist. The last time I talked to Thomas, I asked him how a

Republican like Andy Vidak might defeat Perez in such a heavily Democratic district. His answer: Perez had failed to connect with voters on an emotional level and her campaign was perceived as highly negative. If Vidak could capture enough middle of the road Democrats, and apparently he did, he could win. Turns out Bill Thomas was right. Vidak will have to run again next year in a newly apportioned state Senate district. Perez, meanwhile, will fill out her Supervisor role wondering how she was unable to defeat a Republican in such a lopsidedly Democratic district. 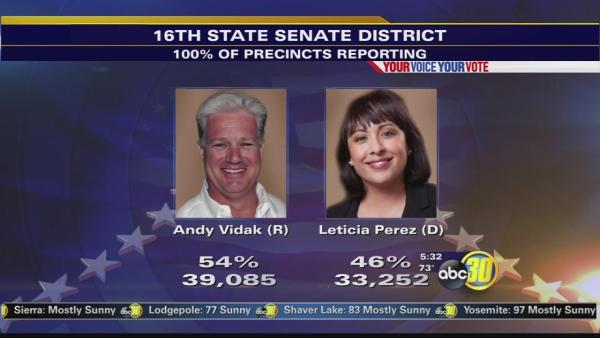 * ... LIFE LESSONS: I returned from lunch this week to find a heart breaking message on my voice mail. It was from a woman whose husband was dying of an undisclosed illness and whose friends and families have all but disappeared. She called to say she was moved by the story of Mark James, an old friend of mine who also is dying. Mark's lesson: live your life like every day is your last. Reach out to others and remember than in the end, it is the love of friends and family, not your bank account, that matters. "Like Mark the family and friends were there for my husband in the beginning," she said. "But they have disappeared too. People need to know that is matters to people when you are around."

* ... PARKWAY: Earlier this week I suggested the idea that the public should be allowed a sneak peek of the Westside Parkway before it opens to cars and trucks. Susan Hamilton loved the idea and added this: "The suggested entry donation could be a plant or tree on the city's wish list!"

* ... GOOD FORM: Spotted on a friend's Facebook wall: "I left my purse sitting in a basket in the Costco parking lot, wallet, phone and all. The person who took my space behind me was kind enough to turn it in instead of keeping it!"

* ... BAD FORM: Shame on whoever was driving the Park Ranger white sedan that buzzed a bicyclist in front of Ethel's Corral last Sunday. "He must of been going 65 miles per hour on that curve and almost took me out," the cyclist told me. "The more I think about it the madder I get."

* ... KARPE: Congratulations to Ray Karpe, the former president of Karpe Real Estate who is now director of operations at Stockdale Property Management. Ray told me the company manages 55 commercial properties with some 500 tenants that occupy two million square feet of space. Ray is a CSUB graduate who has been a longtime contributor to community causes. 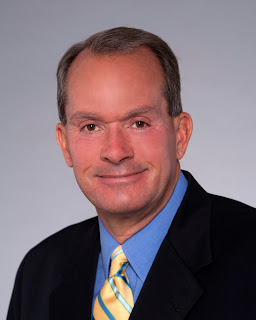 * ... WATER SLIDES:  Here's a good thought considering the heat this summer. From Betsy Gosling: "I recently returned from British Columbia and noticed several water slides at various locations, mostly small towns. We really need a water slide in Bakersfield. Surely there is a private person and/or company who is willing to build one or two, nothing large, just a place for everyone, especially kids, to cool off in this weather. It is a win-win situation and would certainly be profitable.  Don't you know someone?"