The Westside Parkway gets ready to open, but what is with the moonscape landscaping? Or is there landscaping at all? And finally we will see an end to the state Senate 16th District race

* ... PARKWAY: The good news is that the long awaited Westside Parkway will open August 2,  a welcome relief for all those folks who have battle traffic along Rosedale Highway and Truxtun to get

home. The bad news: what is up with the Iraqi-style landscaping, or seeming lack thereof? Let's hope the parkway landscaping doesn't end up looking like the dismal state of affairs along Highways 99 and 58. 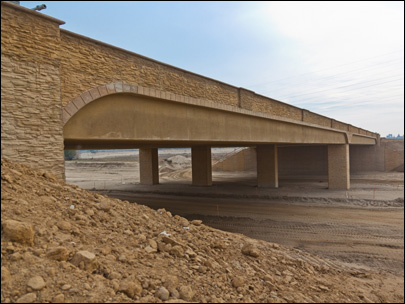 * ... MARK: My earlier posts from a friend who shared his inner most thoughts while battling cancer seem to have touched a lot of people. Barry Rosenfeld, a friend and fellow Rotarian, shared what he said while speaking to a Boys and Girls Club dinner. It is worth hearing. "When I visit clients and friends who are in the final stages of their life, whether in a hospital or at home with Hospice, not once has anyone asked me to bring them a picture of their boat or motor home or ski condo. You know what they say? They tell me they want their family close and they also say they wish that they had given back more. They wish they had given more money to their church or synagogue or to the homeless or to youth groups. But I know those of you in this room will not say those things when your time comes because you have given back. But tonight the one thing I do ask of you is to pay it forward by getting other people involved. Ask another person to volunteer their time or donate money.  I ask you to do this because we want them to know how good it feels to give back."

* ... SPOTTED: A local car is spotted with a bumper sticker reading: "Honk if you love Jesus... Text while driving if you want to meet in person."

* ... SENATE: Keep your eye on the special election Tuesday in the 16th state Senate District, a particularly nasty runoff between Supervisor Leticia Perez and Hanford cherry farmer Andy Vidak.  Republicans see it as a chance to reestablish themselves in a state where Democrats hold a strong majority, and money and flowed into both campaigns. 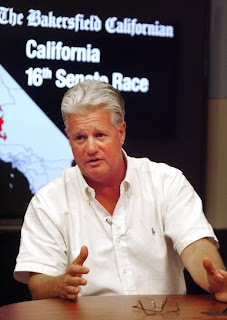 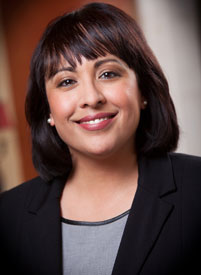 * ... DIRICO'S: More on the old DiRico's eatery, compliments of Glen Stoller: "Thanks to Vickie Burke Shallock, Darlene Stewart and Jerry Beckwith for writing in about DiRico’s Italian Restaurant. It was my favorite spot in Bakersfield. My first experience with pizza was in 1956 when I was at Cal Poly. After a Mustang-Bulldog football game in Fresno, we went to a restaurant called DiChicos. I had my first pizza and fell in love with it. Shortly after that I discovered DiRico's in Bakersfield; oh the joy! Pizza is still my love and making it is a hobby of mine with a wood burning oven in my front yard."

* ... MEMORIES: Joan Stain is one person in town who remembers the old days of the Bakersfield Bowling Academy. She moved here in 1963 and filled in for a friend who worked the desk, and never left. "I was hired permanently and not only worked the desk but also acted as league coordinator. That occurred in 1979 and I retired from Southwest Lanes in 1996 as the manager. Seeing the names of David Rangel, Mike Hicks, Jack Moore etc. brought back loads of memories for me," she said. "How I loved those days at the old BBA with Sarge at the help. He was truly special in my eyes."

Posted by Richard Beene at 9:11 AM