Lots of shout outs: to good customer service, the folks who work to make this a better place, and embracing the good that is called home

* ... HOME: I spent a few days with my younger daughter in Chicago, her adopted hometown now that she is working and out of college. Chicago is one of the world's great cities, and her downtown Lakeview area is an eclectic mix of bars and boutique restaurants brimming with young people setting out on their own. It's easy to become infatuated with what you don't have, but even with all our quirks and challenges, Bakersfield is a good place to call home. To that I will add this: You know you're from Bakersfield when you pick out friends' homes in La Cresta when the commuter jet flies over the Panorama Bluffs before landing.

* ... GOOD FORM: Here's a hats off to some folks working to make our city a better place. The potted trees that were planted downtown have really spruced the place up. It was the work of Melissa Iger of The Tree Foundation of Kern, paid for by a grant from The Bakersfield Californian (family) Foundation. Don Martin, owner of The Metro Galleries and long a driving force in the downtown renaissance, helped plant the trees and then decorated them with beautiful fall flowers. And kudos to the city of Bakersfield which has been diligently going about the thankless job of picking up tons of trash and old clothes left on the bike path between Beach Park and Manor Street. That corridor is a favorite haunt for runners, walkers and cyclists but it is shared with the homeless who often discard their belongings near the path. 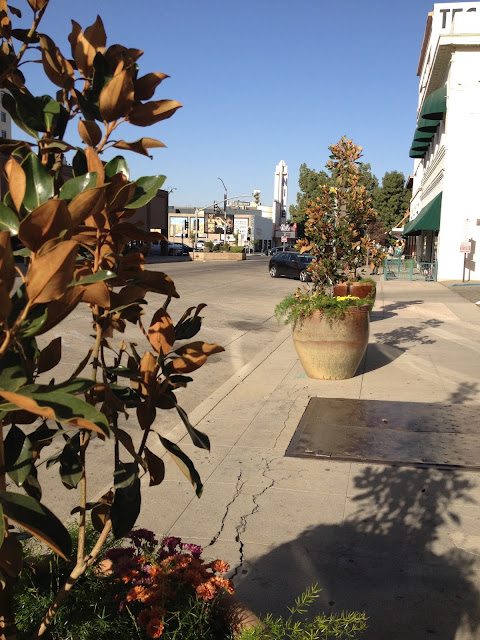 * ... CUSTOMER SERVICE: And speaking of good form, is there any better customer service in town that what you witness at the downtown Cruz Thru car wash? Whoever owns this franchise either has a terrific training program or is an ace at finding the right employees. 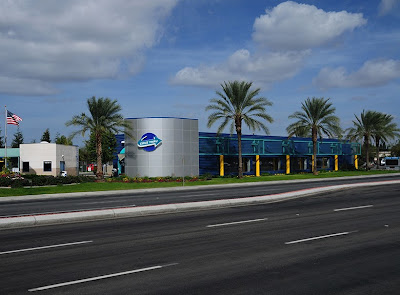 * ... MUSEUM: Matt Munoz has joined the Bakersfield Museum of Art to head up its marketing department. Matt is a member of the popular local band Mento Buru and most recently was an entertainment reporter at The Bakersfield Californian.

* ... KINDNESS:  This random act of kindness comes courtesy of reader Denise Pennell:  "My husband and I were enjoying an ice cream outing with friends at Dewar’s on Rosedale Highway when a family in an adjacent booth finished their Dewar’s adventure and left the store. Another young family with three children came in just behind them and sat in the same booth next to ours that was just vacated. The oldest daughter – of around eight years old – discovered a wallet in the booth which obviously belonged to the gentleman who had just left. Her parents pointed him out in the parking lot and the young girl ran to deliver the wallet before he could leave. We didn’t witness the exchange but I can only imagine how grateful he was to have his wallet returned with everything still intact. As we were leaving, I asked the parents if I could pass along a Kindness Coin to this young lady after witnessing her selfless act of kindness. Her face lit up when she received the coin and listened to the Random Acts of Kindness story, and I knew that it would make a difference in her life as she promised to 'pay it forward.'  Dr. Chuck Wall’s movement still thrives today as displayed by the prompt action of this young girl and her parents who obviously teach their children well the value of honesty, integrity and kindness. And I still believe there is goodness in just about everyone. We need to continue to pay it forward."

Posted by Richard Beene at 2:17 PM

Kindness coins! Dr. Wall is the guest speaker at Writers of Kern this Saturday. I can't wait to hear him talk about his Random Acts of Kindness.