Debunking some of the hysteria around fracking, praising good service and remembering the founding of the U.S. Marine Corps

* .... FRACKING: Hats off to the folks out at Taft College for putting on the West Kern Petroleum Summit last week. It was an important event in light the growing political opposition to fracking, which has been happening in the Kern oil fields for years without apparent risks to anyone's safety. If you

didn't read Lois Henry in the Sunday Californian, where she debunked some of the myths surrounding fracking, you should. As Lois said, the environmental hysteria around fracking is dangerous, because "ultimately, fear, not truth, drives policy. Fracking has taken that formula to new heights bordering on hysteria." 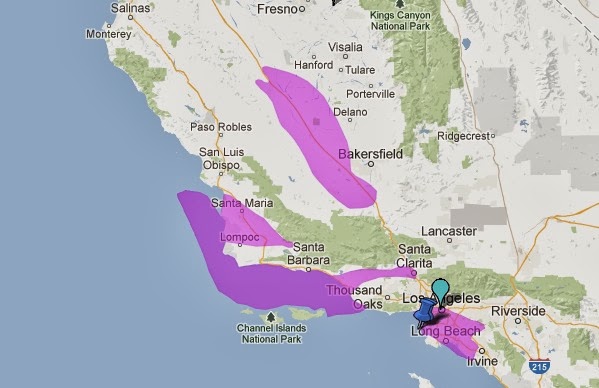 * ... NEW STORE: Bakersfield loves a new store, which explains what greeted me when I stopped by the new Hobby Lobby last Friday. Opened less than a week in the old Mervyn's center, Hobby
Lobby is a paradise for anyone into arts and crafts. When I visited, there were at least 30 customers waiting at each of the four cash registers open.

* ... GOOD SERVICE: It's always nice to hear that our local merchants are keeping residents happy.  Reader and friend Dr. Bob Smith could hardly contain his enthusiasm about his recent experience with local car dealership Motor City Lexus. He wrote: "From product specialists Justin Hartley and Natalie Hierlmeier to Joey Salcido and Tim Miller in finance to sales manager Cherif Guirguis and general manager John Pitre, I could not have had a more pleasant car-buying experience!"

* ... GOOD FORM: And there is this cheery note from a reader named Chuck, proving once again how many good people there are in our community. "Recently we were visiting our favorite lunch spot the famous In -N-Out on Stockdale Highway being in the drive-up line we were behind a very nice looking Toyota hybrid. As we came up to pay window we were told our order had been paid for wow what a surprise! We read and hear about this goodwill gesture but wow really happening to us is really a shock. We were not able to thank this person being in this line but did manage to do a thank you wave as he was driving off."

* ... MARINES: My earlier blog about the anniversary of the founding of the U.S. Navy drew this response from reader Don Taylor. "Please don't forget the 238th birthday of our beloved Marine Corps on Nov. 10. The Second Continental Congress authorized a Corps of Marines at Tunn's Tavern (where else?) in Philadelphia on Nov. 10, 1775. Come celebrate our birthday on Friday, Nov. 8, at Kern County Veterans service office at 1120 Golden State Avenue. Chow (breakfast) at 8 a.m. and a ceremony and cake cutting at 10 a.m. . All veterans are invited!  OOOORAH and Semper Fi."


* ... BAKERSFIELDISM: Tim Hanlin, Foothill High class of 1968, remembers when his family moved here from Akron, Ohio, in 1964 so his father Geary could help open the Goodyear Bakersfield plant for making seat cushions for the brand new Ford Mustangs being assembled in San Jose. "The plant was located on Shepard Street near the White Lane/Stine Road intersection and employed many workers for many years. I was near there the other day and remembered how in 1964 there was absolutely nothing at all around the plant but dirt as far as the eye could see.  What a difference today.
My dad, a WWII navy veteran, is now 91, and my mom just turned 90 last month.  Both are still doing very well here in Bakersfield, and I'm the first to realize that at 63 I'm a very lucky guy."

I believe Dick Taylor sent you the note about the Marines - not Don.

Lois Henry's column about the fracking and petroleum industry infomercial may be the worst thing she's ever written. Shame on the Californian and you for printing it. "Debunking the hysteria" is exactly why the film was made. There is and are serious concerns about the practices of the oil and gas industries...or at least sane and intelligent people have those concerns. Shame on the Californian for being an oil industry house organ.