A Stanford historian takes California to task for its man-made role in our drought, and a British newspaper puts the spotlight on Crisp and Cole


* … DROUGHT: The Fresno Bee ran an interesting opinion piece on our drought from Victor Hanson, a historian at Stanford University. In it he lamented our "two droughts," one of nature's

making the second of our own making in which we divert millions of acre feet of water to protect an ailing, small fish. Said Hanson: "Instead of an adult state with millions of acre-feet stored in new reservoirs, California is an adolescent culture that believes that it has the right to live as if it were the age of the romantic 19th-century naturalist John Muir — amid a teeming 40-million-person 21st-century megalopolis. The California disease is characteristic of comfortable postmodern societies that forget the sources of their original wealth. The state may have the most extensive reserves of gas and oil in the nation, the largest number of cars on the road — and the greatest resistance to drilling for fuel beneath its collective feet. After last summer's forest fires wiped out a billion board feet of timber, we are still arguing over whether loggers will be allowed to salvage such precious lumber, or instead should let it rot to enhance beetle and woodpecker populations. In 2014, nature yet again reminded California just how fragile — and often pretentious — a place it has become." 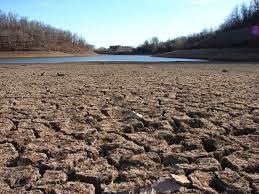 * … COLE: The Financial Times, a respected London-based newspaper, put the spotlight on the housing and mortgage crisis recently with a long interview with Carl Cole, one half of the now disgraced Crisp and Cole mortgage empire. The story traces how Cole became partners with the
younger Crisp, and it follows Cole through the rapid rise and catastrophic fall of their company and his eventual guilty plea to mortgage fraud. The author noted that "Bakersfield was a fitting place for Cole to start over. It has been giving Americans second chances since the Joad family came to the Weedpatch work camp, a few miles south of the city, in John Steinbeck’s Great Depression novel, The Grapes of Wrath… People came to Bakersfield because it was the kind of place where they could make a living with their hands – in oilfields and farms and the businesses that grew up around them." (photo by 23ABC News Bakersfield) 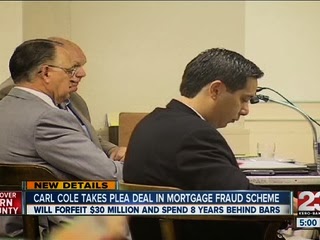 * … NORIEGA'S: I was the guest at a birthday party this weekend held at Noriega's, the award winning Basque restaurant that serves some of the best garlic fried chicken you will find anywhere. Everytime I stop by Noriega's I leave thinking: I need to do this more often. 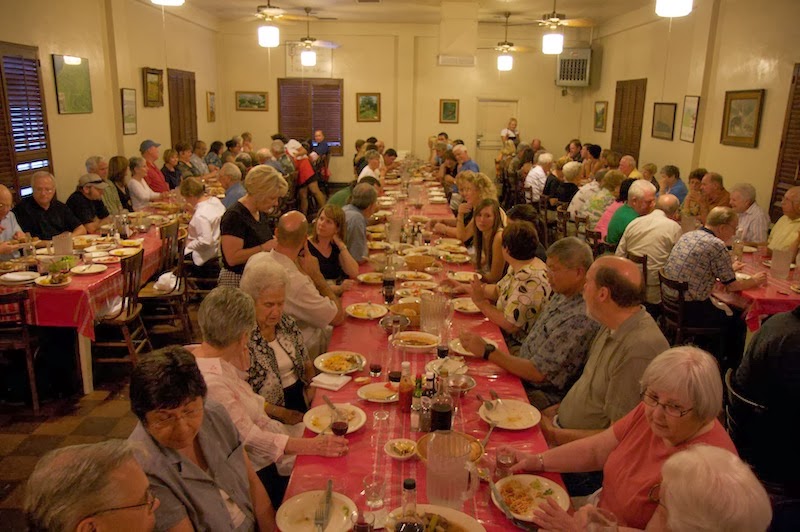 * … BENTZ: It was nice to see more than 60 cyclists show up for a memorial ride Saturday to honor the late Doug Bentz, the ski chalet owner who died last week at the age of 70. The group retraced the route that Bentz and his son would take every week, a fitting tribute to the popular local retailer.