More doubts about the panhandlers who roam our parking lots looking for cast, and The Bakersfield Californian Foundation hands out $211,000 for groups that care for our stray and abandoned animals

*… PANHANDLERS: Kathy Scott wrote to share some information on panhandlers who hang out in the Von's parking lot at Stockdale Hwy. and California Avenue. "According to someone who works in the center, he noticed a large van coming early in the morning hours that unloads a group of people who then scattter throughout the shopping center and ask for money. At a precise time of day they all

gather to get into the van and return home. They profess to need food but will only accept cash.
Hungry, doubtful! But hungry for money that goes untamable, yes. I myself have encounter many of them outside of where I go for weekly meetings and was blasted for not giving them money. When are people going to see that the panhandlers are, for the most part, not whom they seem." 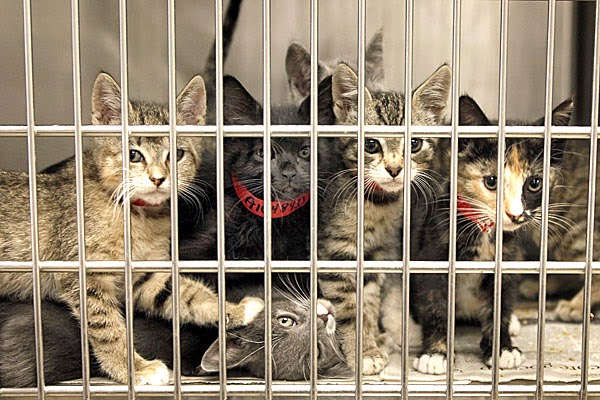 * … GOOD FORM: Here is a bit of good form compliments of reader Judi Anderson Gahagan. She was having dinner at the Outback Steakhouse on Mother's Day when her order was lost. "The manager came and asked what I had ordered, he then asked if my husband wanted a fresh meal when mine would be delivered. We said no, so my husband enjoyed his meal... I did too when my steak was delivered.  When our check came, we noticed my meal had been deducted, so this was a wonderful way to get us as repeat customers."

* … MORE GOOD FORM: Kristi Orizaga, who worked in the city animal care center, wrote to thank the folks at Sharon's Mobile Pet Makeover for donating their time at the shelter. "The ladies do a wonderful job and I just wanted them to know how much we appreciate it."

* … SKATE PARK: I ran into Dianne Hoover, the city parks director, the other day and she reminded me that a new skate park is opening this week at Planz Park. The park was designed by local skate boarders and will open this Thursday at 3:30 p.m. The new park, larger and more elaborate than the one at Beach Park, features a bowl, ramps, stairs, railings and a sloped wall. The skate park was originally a public pool that was built in the 1960s that is long past its life expectancy. (file photo by McIntosh Associates of Beach Park) 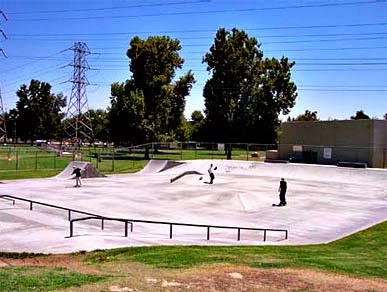 * … SIDEWALK: The decision by a downtown property owner to dig up his sidewalk, only to be told by the city to replace it, could prove a costly mistake. Said Stephen A. Montgomery: "Not only will the property owners be required to replace the sidewalk they removed but the new walk will need to meet current code which, if the property is on a corner, will include an ADA compliant access ramp per the California Building Code. Their lapse of common sense and judgement may prove to be rather expensive."

* … ACHIEVER: Ruthann Romano Marquez wrote to note that her nephew, Adam Schuster, graduated from the University of Colorado at Boulder summa cum laude with a double major in English and Philosophy. He was also chosen to be the valedictorian speaker at the English Department graduation ceremony. Adam will pursue a Ph.d in English at the University of Wisconsin starting in September. Adam and his parents, Frank and Lisa Marquez Schuster formerly lived in Bakersfield. Adam attended Ronald Reagan Elementary and Warren Junior High before moving. He is the grandson of Joe Marquez, nephew of Deborah Marquez Baker and Richard Marquez ,who all reside in Bakersfield.