More feedback on the explosion of panhandlers across Bakersfield, a hit and run is caught on camera and it's time for another CSUB barbecue to support the Roadrunner athletics


* … HIT AND RUN: This blog entry falls under both "good" and "bad form." Steve Wilkinson, a information technology specialist at KBAK TV, was driving east on 21st Street when he saw a truck attempting to parallel park right across from Guarantee Shoe Center. "The truck ended up backing right into a parked red Volkswagen, smashing the rear door and shattering the window. The truck then hastily took off. Since I was right behind him I grabbed my phone and snapped a shot of his plates

before he made a right turn on Chester and sped off. I circled back around and went into Guarantee Shoe center to see if anyone inside knew who owned the red car. Roscoe (Rolnick) was there, and was happy to help me out. He offered to print out my picture of the truck and leave it on the car for the owner. By then the owner of the red car had returned and was checking out the damage. I was able to send him the picture of the truck and gave him a description of the driver. Hopefully he recovers damages from the loser. Sad thing is that at least two other drivers and possibly pedestrians witnessed this too. As far as I could tell I was the only one to do anything."

* … PANHANDLING: You can count Jayne Hotchkiss of Walker Basin among the growing group of people who are weary of panhandlers. "I live up in the mountains and when I'm in town doing errands, I have been asked for money at Wallmart, inside and out of it, in front of a Rite Aid, waiting for my car to be repaired, at the Starbucks, and that was in just one day.  Panhandlers , you are not the only one who has asked for money, three people have done that before you got to me. It's gotten to the point that I dread going to town. But it isn't that much better up here. At the Vons parking lot in Isabella there's the guy at the entrance with his sign, another young man leaning against the Vons building with sign, a couple over by the mailbox with their sign, and one gal selling tamales. The panhandling can't be just in Kern County, whats going on in other parts of the state? 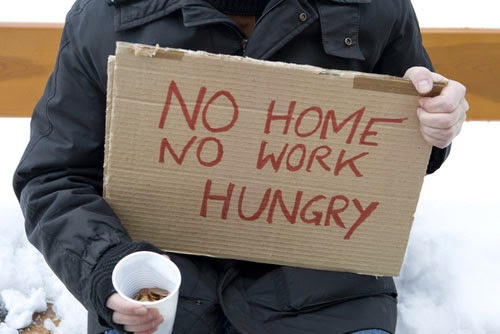 * … GOOD FORM: Charlotte Brandt wrote to send a huge "shout out to the four bike path riders who noticed smoke coming from a house in Westchester on Saturday morning and took the time to exit the path, come into the neighborhood, try to raise the occupants and call 911. Your actions saved the house and its contents from serious damage. A short while more, and it would have been a total loss. It is reassuring that people would be good Samaritans and take the time to act in this manner. We can never thank you enough, but we can 'Pay It Forward' for someone else. May God bless you all!"

* … CSUB BBQ: Don't forget the annual CSUB Athletics Springs BBQ is this Thursday beginning at 5:30 p.m. This year’s theme is A Salute to the 1990s with contests and prizes for the best 1990s attire. There will also be live entertainment from the band Foster Campbell and Friends and dancing throughout the evening. Dinner features Harris Ranch New York Steak or Teriyaki Chicken grilled by head chefs Gary and Adam Icardo along with their team of excellent BBQ cooks.  All proceeds benefit the Roadrunner Scholarship Fund to help meet the educational needs of over 300 student-athletes at CSUB. Tickets are available at any Vons, Lengthwise or Mexicali location throughout Bakersfield. This year they have also partnered with Vallitix and Vallitix.com for online purchases. Tickets are $30 in advance and $35 at the gate.

* … MEMORIES: Bakersfield native Greg Cowan, who now lives in Fresno, sent me a picture of the intersection of 18th Street and Chester Avenue taken sometime in the 1950s which he has framed in his office. In his words:  "After I picked up the print from the frame shop, I sat down at my desk and marveled at the detail of this print. I immediately recognized the Sill building, because not only it is a Bakersfield landmark, but also because I worked next door at Casper’s Men’s Store when I was a student at BHS in the late 1980s. Included in the picture is Tiny’s Waffle House (on the southeast corner); a business before my time, but I recognized the name from readers’ comments from your blog over the last few weeks. Also visible in the print is the Anglo California National Bank (another business before my time) and the Padre Hotel. I don’t know how many people remember the bank, but Casper’s Men’s Store was an institution in Bakersfield for 40 years before closing in 1991 and will likely bring back fond memories for your readers. 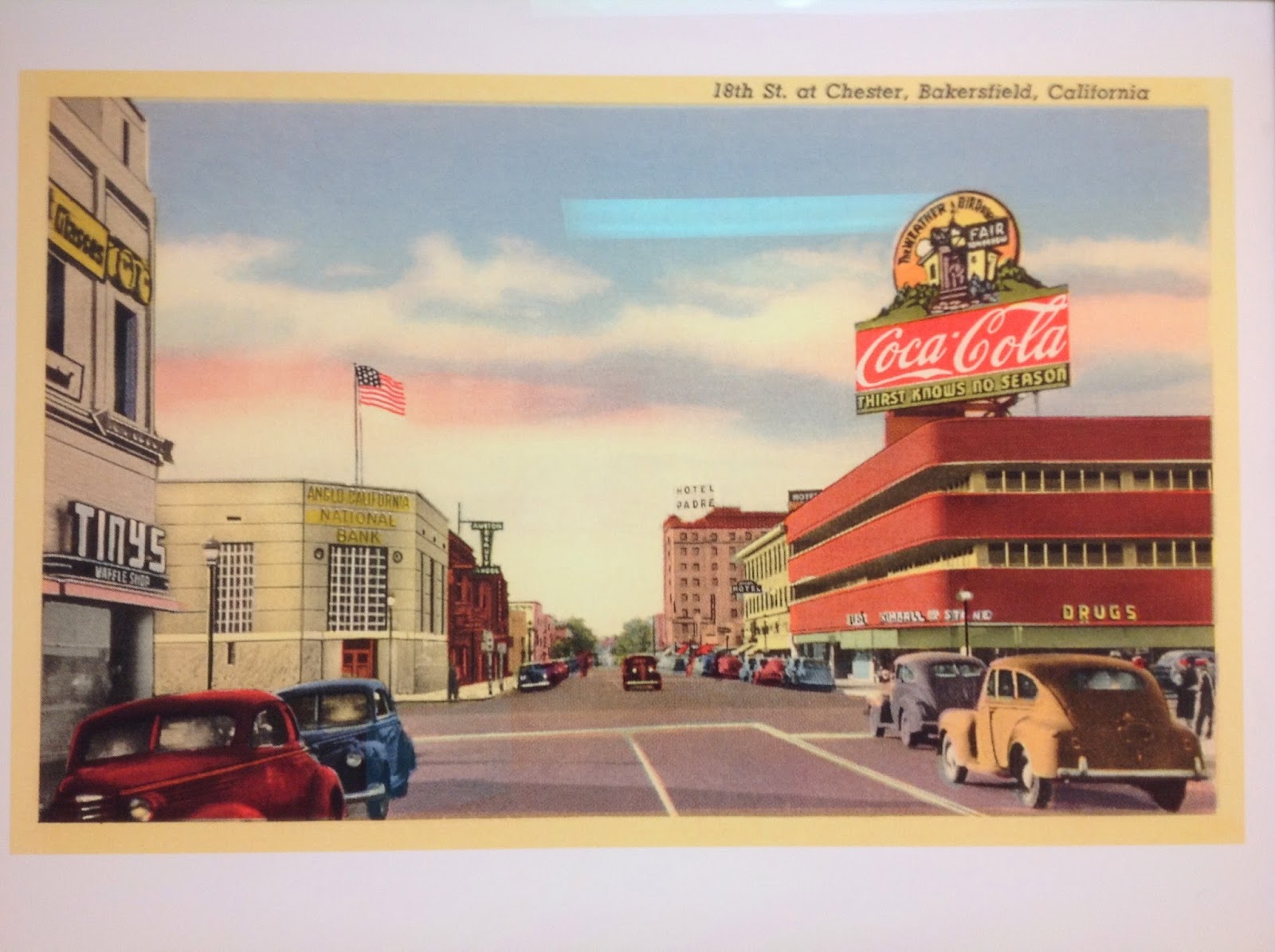