House Majority Leader Kevin McCarthy gives us his weekly view from Capitol Hill. In his own words:

"As I listen to the residents in our community, they are growing frustrated and discouraged by a President that, time and time again, has skirted making the tough choices at home and has failed to demonstrate strong American leadership abroad. Frankly, I share their frustrations. 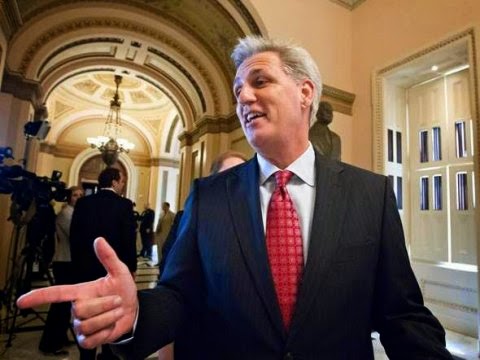 "Equally frustrating is the fact that the House is acting in Congress and the Senate is not. In the House, we have passed over 300 bills—bills that would encourage the creation of good-paying jobs, move North America closer to energy independence, make government more efficient and accountable, and lower the costs of everyday expenses. But what has happened to these bills? They are sitting in the Democrat Senate, on Leader Harry Reid’s desk.

"This is simply unacceptable. Times are tough right now. Moms and dads are working harder just to make ends meet.  House Republicans have ideas that will help all American families.  This week, I worked with my colleagues in the House to pass legislation that lets families keep more of their hard-earned money – the Child Tax Credit Improvement Act.

"The price of raising a child has skyrocketed in the Obama Economy. According to the USDA, the annual costs of food, clothing, education and child care has increased by thousands of dollars in the last decade. Nonetheless, even as prices have consistently risen, the Child Tax Credit has remained the same. Our bill will index the Child Tax Credit for inflation, helping families better afford the increasing costs of raising a child, while putting more of the money they earn back in their pockets.

"Meanwhile, as the House was working, President Obama was in California.  As he was flying across different regions of our state, I was disappointed that he failed to address our current water crisis.

"The Central Valley and our state continue to endure the worst drought in a century, one that is threatening the livelihoods of so many communities and causing an increase in food prices for people everywhere.  Rather than taking commonsense actions to allow more water to flow to the Central Valley, this Administration has largely stood silent, as once-productive farmland sits idle, workers do not have jobs, and trees are being uprooted due to lack of water.   Inaction has consequences.  One only has to go to a local grocery store or even order a double-double at In-N-Out to see the higher prices that we now pay due to our water crisis that has been exacerbated by water restricting environmental regulations.  The House has passed the Sacramento-San Joaquin Valley Emergency Water Delivery Act earlier this year and the Senate finally passed a water bill as well. Discussions are underway on a solution, which must address these onerous regulations.

"I believe that all Americans deserve better than that.  With over 300 bills awaiting action in the Senate, the House will continue to act. We deserve a government that works for us, that learns to do more with less, and that produces real results.
Posted by Richard Beene at 3:45 PM