The head of Covenant Coffee, Randy Martin, lashes out at KGET TV for sloppy reporting, and Occidental Petroleum names a new president for its California subsidiary


* … OXY: Occidential Petroleum has named a president for its new subsidiary, California Resources Corp. The company, which is moving its headquarters to Houston, named Todd A. Stevens

president and chief executive of CRC. Stevens, 47, is a graduate of the United States Military Academy and earned his masters from the University of Southern California. I am also told he is a Driller, having graduated from Bakersfield High School. He has worked for the company for 19 years.

* … BAD FORM: Randy Martin is the director of Covenant Community Services, a non-profit dedicated to helping former foster kids get ahead in this world. He generally is an easy going type who has dedicated his life to helping folks with checkered pasts get back on their feet. But even affable people like Randy have their limits, and he reached it when KGET TV aired a "scalp hunting" story that Martin viewed as reckless and irresponsible. The story, aired this weekend, was an odd one because it began as a "feel good" piece when in fact it was a Trojan Horse to "reveal" that one of Covenant's employees, a chef at the Bakersfield Racquet Club diner (which Covenant operates) had a run-in with the law several years ago. Martin said he was aware of this when he hired the chef, and besides, "So what else is new? My life is devoted to dealing with people who have turned their lives around, as he has, and I am proud of him. It is a poor reflection on our community that irrelevant news decisions are made that can possibility affect the good accomplished by people with a past." Martin blamed the decision to air the program on Michael Trihey, KGET's news director, who told Martin it was "news." If KGET wants to find and "out" people who have stumbled in life, I suppose Covenant is a good place to start, but I'm not sure what purpose it serves. 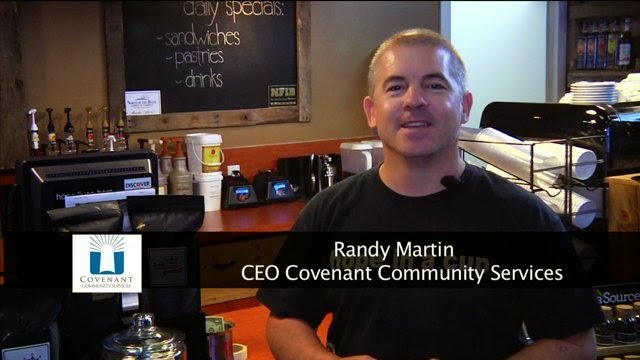 * … RUDE WELCOME: John Tarjan dropped me a note questioning the actions of a Bakersfield police officer when his daughter was stopped at a sobriety checkpoint. Said Tarjan:"After several months of weighing the pros and cons, my daughter and son-in-law decided to accept a transfer to Bakersfield. They arrived this weekend in the evening in a moving van and were stopped at a sobriety checkpoint. The BPD officer greeted them by asking if they were moving and if it was to or from Bakersfield. When they indicated they were moving here, the officer replied 'Oh, I'm sorry.' As someone who has grown to love his adopted hometown of 28 years, I was wondering if Chief Williamson might want to consider fostering a more positive culture among his officers and/or seek recruits who are happy to serve in this community."

* … GOD WE TRUST: The annual In God We Trust rally will be held on Thursday, July 31, over at the Marriott Hotel. City councilwoman Jacquie Sullivan, one of the event's big supporters, says this is a event that "promotes patriotism and the role of god in our society, and that includes everyone" of any religious affiliation. The main speaker will be author and constitutional expert David Barton. Individual tickets are $58 (it is the 58th anniversary of the nation adopting In God We trust as the nation's motto) and $125 for a VIP pass. For tickets or more information call Tina Miller at (661) 325-7601. 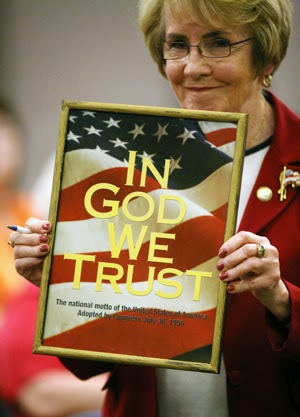 * … FIREWORKS: One more reader weighed in on fireworks. "I just wanted to add a little food for thought. Those people that are pushing the ban on fireworks in the city are forgetting one important fact; the people that follow the laws will abide by this, those who are setting off illegal fireworks, i.e. bottle rockets and sky rockets and the such, will continue to do so. It's obvious that they already have a disregard for our city and county laws. Why would they stop just because another law is added to the books? I'm all in favor of the larger public displays, but passing another law won't stop the law breakers."