Friday Bako Bits: Another telephone scam, this one from crooks claiming to have a local doctor's daughter in the trunk of a car and demanding a king's ransom… will this stuff ever end?

* … SCAMS: A local physician shared yet another telephone scam that I simply must share with you. He was at his office when he received a telephone call from someone warning, "we have your

daughter in the trunk of our car." At that point, the doctor heard a young woman crying and screaming for help. The caller then said: "We are from the Sinaloa Cartel in Mexico and we will kill her now unless you agree to send us some money. Are you willing to send us money now or we kill her? Do not call for help or she will be immediately killed." Wisely, the doctor was speed dialing his daughter on another phone and, thank goodness, his daughter answered and he knew she was safe. At that, the caller hung up. Police told the physician that another local couple fell for the scam and sent money. The FBI is apparently investigating. Will these telephone scams ever end? 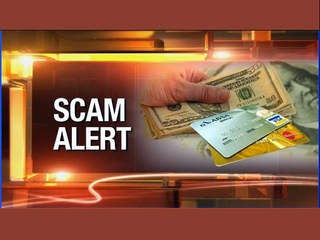 * … DOG TAGS: Here is a reminder to all of us that we need to make certain are pets where ID tags. From Gladys Lawrence: "Please, please have him wear a tag with a telephone number where you can be contacted in the event that he accidently gets away. On Aug. 22 a neighbor came to my door attempting to find the owner of a small white Chihuahua mix dog (white with brown ears and spots) as he had been hit by a vehicle. They were attempting to pick him up and to take him to a veterinarian without success. Finally animal control was called to pick up the injured dog. We later found out that he had to be put down due to severe injuries. If the family that owned this dog is reading this, I want them to know that we were able to comfort him and give him some love until animal control arrived. A special thanks to the young man responding for animal control. Your patience and gentleness with the injured dog was wonderful." 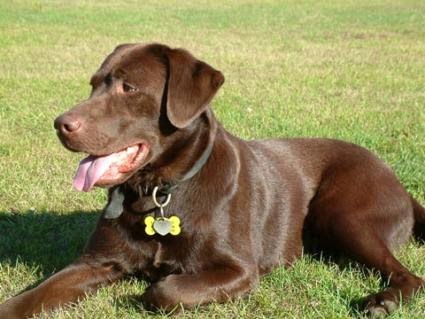 * … LITERACY: Bakersfield ranks dead last in a survey of the 77 U.S. cities with populations greater than 250,000. Based on a number of things including bookstores, educational attainment and other factors, the survey was conducted by Central Connecticut State University. Washington, D.C., was first in literacy, followed by Seattle, Minneapolis and Atlanta.

* … FOODIE BEST BET: La Costa Mariscos has moved into its swanky new digs in the Ice House, and it is worth checking out. Many loyal La Costa customers worried the move would sacrifice the intimacy of the old location near Central Park, but the new place is brightly decorated and offers the same excellent food and service.

* … TEXTING: This bit about a distracted driver comes from Mike Glinzak: "I was northbound Friday about 9 a.m. on Calloway north of Stockdale when I got behind a slow moving Frito-Lay delivery truck (the kind that delivers to the local stores, not a semi) in the center lane with its left turn signal flashing.  After passing a couple of streets and the Westside Parkway where the truck could have turned left, I pulled over to the right one lane and we both were stopped at the next traffic signal.  Maybe the driver was so inattentive because I watched him fool with his cell phone IN HIS LAP, apparently trying to keep it below window level so the cops wouldn't see. But that big glass door by the right passenger shows all!  I tried calling the local Frito-Lay distributor about one hr later, but the phone only led to voice mail hell. Apparently they weren't too concerned about the safe driving of their driver, because they never called me back. "

* … GOOD FORM: Susan Willis and her car were blocked in at a local gas station while police investigated an accident, until a driver of a local Pepsi delivery truck came to the rescue. "He stopped and directed traffic until I could leave the lot," she said. "John Morales (the driver's name) was so polite and helpful. I had almost forgotten about manners since everyone is always in a hurry."