House Majority Leader McCarthy: the House passes a bill to approve the Keystone pipeline and now it is time for the president to support it

Rep. Kevin McCarthy, House Majority Leader and a Bakersfield Repbulican, gives us his weekly view from Capitol Hill. In his words:

"This week marked the return to Congress following the November elections. On November 4th, the American people sent a message to Washington, DC.  It was a message of frustration and discontent 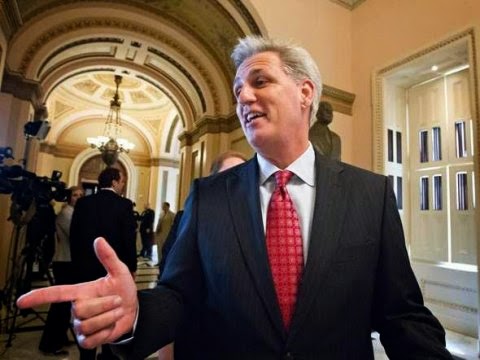 with the direction of our great nation. The American people want Washington to function again and get our country moving in the right direction.


"The House has fought against this Administration’s government-first agenda that continues to put the direction of the economy more in the hands of Washington and federal agencies, and not with local communities or the private sector.  One of the policy areas that can immediately have a positive impact on creating jobs and jumpstarting our economy is to focus on enhancing our nation’s energy production.  We should encourage more domestic energy production as well as focus on updating our energy infrastructure.

"Few things in this country have more bipartisan and nationwide support as approving the Keystone XL pipeline. The states it would run through support it. Our northern ally, Canada, supports it. Most importantly, the American people support it because the project will create jobs and lead America one step closer to North American energy independence.  If this decision were based on merits alone, Keystone would have been approved and built years ago. The President said himself that a critical decision point would rest on levels of increased emissions—something his own State Department said will not be a problem.

"After over six years of waiting and with no reason to wait further, it’s time to act.  Today the House passed H.R. 5682, which would immediately approve the Keystone pipeline.  I am hopeful that the Senate will finally follow the House’s lead to get this project off the ground, and send the bill to the President for his signature."

Posted by Richard Beene at 3:09 PM