More on my verbal altercation on hydraulic tracking, The Mark restaurant opens a beautiful outdoor seating area and celebrating the best burger around town


* … SCAM: A reader who asked that I not identify her offered this warning about yet another scam: "I opened a letter today from Amex saying my data had been breached. I Googled the name at bottom

of letter and found a lot of people have gotten this letter or have been called from this number 1 (855) 693-2213.  I called instead the number on the back of my card and asked if they sent this letter, which they said they hadn't. I asked for a new card, but wanted readers to know as this was a very good scam letter… They wanted me to sign up for a free year (of identity theft protection) but of course I would provide them with Social Security and other vital information."

* … FRACKING: LaNell Hart responded to a recent post in this blog about an altercation I had while on a trip recently. "I just finished reading your column in today's paper including your story of being verbally accosted about hydraulic fracturing. Perhaps your accoster never thinks about where the jet fuel comes from that powers the planes that fly in and out of Denver International Airport. Was he accompanied by a horse and buggy? Perhaps you could have asked where his horse was so you could pet it." Well said. 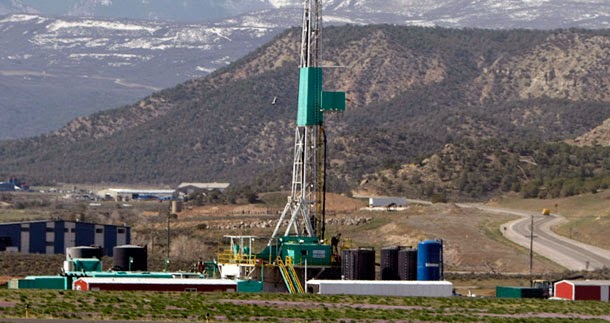 * … GRANTS: The Bakersfield Californian Foundation (this is the charitable arm of the family that is separate from TBC Media) has given out some important new grants to some deserving non profits, including three $50,000 awards and one for $100,000. The winner of the $100,000 grant was the Alliance Against Family Violence and Sexual Assault. The award will fund a portion of their Shelter Rehabilitation project. The three $50,000 winners were the Art, Science and Technology Educational Corporation of Tehachapi for its Joint STEAM Center and 4-H Facility; Bakersfield ARC for its Innovative Education Program for the Developmentally Disabled and the Mercy Foundation-Bakersfield/Friends of Mercy Foundation for its Community Wellness Center Kitchen Classroom. In addition, the foundation offered the opportunity for matching grants to both the Bakersfield Memorial Hospital Foundation and the Tejon Ranch Conservancy.

* … FOODIE: Claire Uricchio and the folks over at Uricchio's Trattoria downtown have introduced a splendid new salad, adding strips of cripsy chicken to the eatery's classic house salad. It's worth a try. 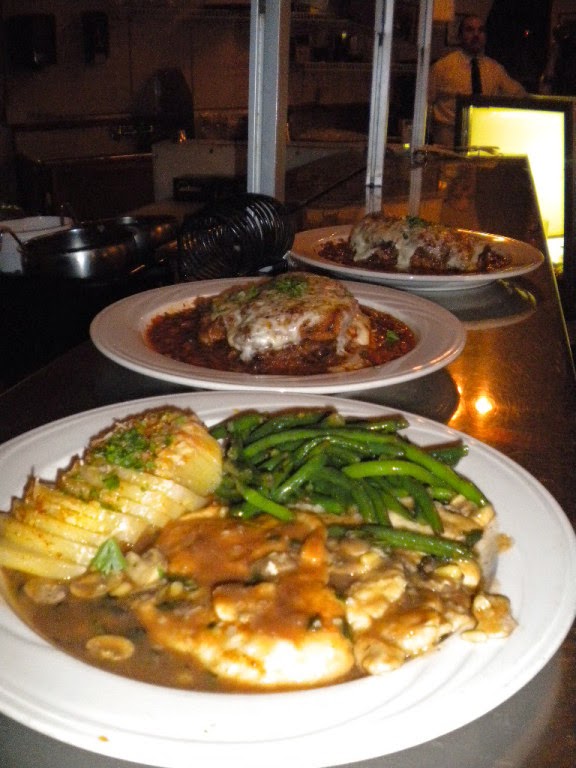 * … BURGERS: And speaking of food, Scott Burgy weighed in on my quest to find the best hamburger in town. Responding to an earlier reader he said: "I imagine Bryan Kelly has never had the 'Kenny Burger’ from Mexicali West! It is an off the menu item, hence few people are aware of its existence. The 'Kenny Burger’ would easily add 75 pounds to one's weight if indulged on a regular basis! It is a work of art and by far the best burger in Bakersfield."

* … THE MARK: I stopped by the grand opening of the new outdoor dining area of The Mark Restaurant on 19th Street this weekend. This is a stunningly beautiful addition to The Mark, which has made a name for itself in its short period of existence. Called The Park and The Mark, the area offers water features, beautiful lighting and ceramic planters. 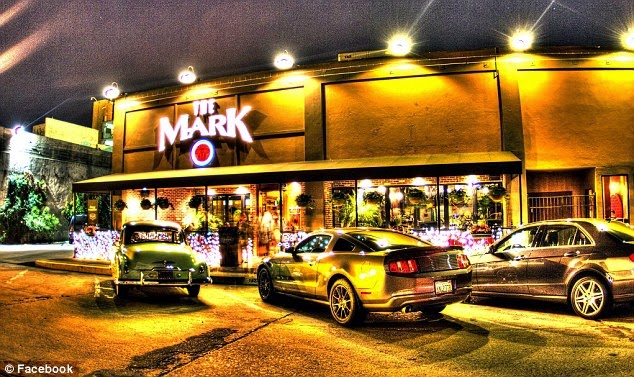 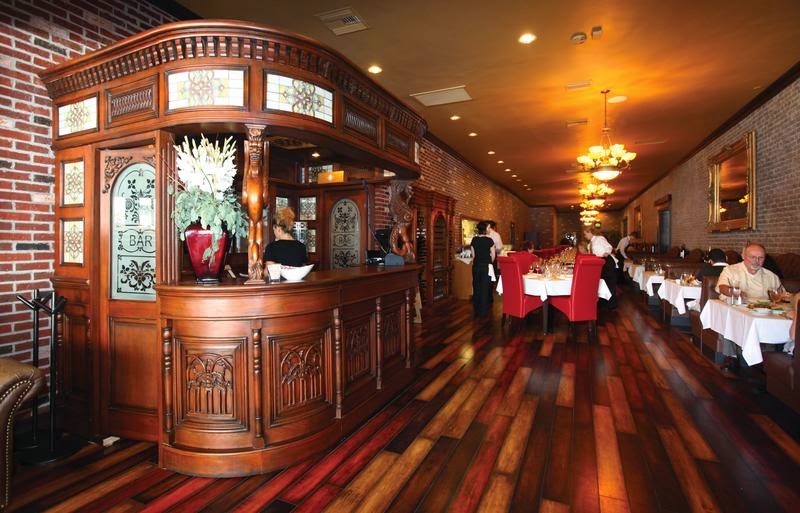 * … GOOD FORM: Lara Kimm headed over to Milt's Coffee Shop intent of treating some veterans for breakfast, but as she asked for their bill, she learned someone had anonymously picked up her tab. Said Lara: "Wow, that really made our day!  I have paid it forward many times, but I have never been on the receiving end. It is such a great feeling that it makes me want to make someone else's day by paying it forward more often  And of course, I picked up the vets' tab as planned. I hope I made their day as well."

Email ThisBlogThis!Share to TwitterShare to FacebookShare to Pinterest
Labels: hamburgers, Mexicali West, The Bakersfield Californian Foundation, The Mark, The Park at the Mark, Uricchio's Trattoria