Remembering the old west heritage of Bako when folks would ride horses into local bars on a bet, and more crime hits local neighborhoods

* … CRIME: Jack and Jane Skaggs have lived in the Olive Drive area for years, enjoying their quiet street and a seven-foot tall, globed light fixture in their front yard that they would routinely

decorate for Christmas and Halloween. The other day it disappeared, unbolted and hauled off by thieves in the darkness of the night. "That thing must have weighed more ethan 300 pounds," said Skaggs, a retired California Highway Patrol officer. "It was seven feet tall. Where did they put it when they drove away? People will steal anything."

* … HORSES: In an earlier blog post I wrote about a man riding his horse into the bar at the old El Tejon Hotel on a bet. Well, it looks like there was a similar event around 1932 during the Frontier Days celebration. Reader Mimi Hull said her brother, Milton Rudnick who was then just 4 years old, was on the back of a horse ridden by George Hoskings when they rode into The Padre Hotel. The horse's name was "Cacahuate" (Spanish for peanut). "George picked him up at our home on Oleander and they proceeded to ride downtown to join the celebration. George was doing his best to celebrate the occasion  and was 'feeling no pain.' He decided it would be a good idea to rid  into Sholar's  Market, which was across the street  from the Padre. Since they wouldn't let them ride into the market, he decided to just go across the street into the Padre Hotel. They made it into the hotel, but a crowd gathered when George tried to ride up the elevator…. By this time, Milton, who had ridden on the back of George's horse many times, was crying and begging, 'Please don't put my friend in jail.' In the midst of all this, one of our dad's friends, Art Alexander, came forward and announced that he knew the boy was one of Oscar Rudnick's children and that he would see that he was returned to his home." 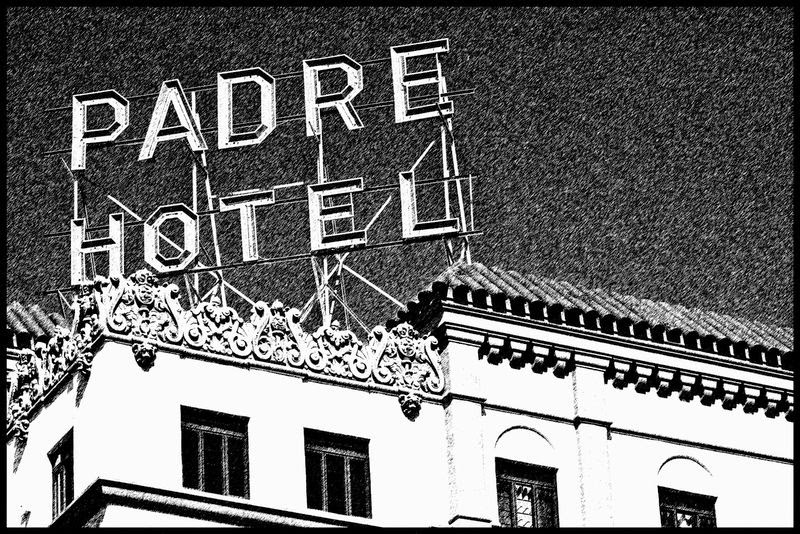 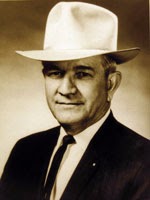 *… MORE HORSES: And there was this note from J.J. Gianquinto: "Thank you for the mention of the individual who rode his horse into the El Tejon, and for printing the response this morning.  Given the nature of the society in Bakersfield during the 1930s, there could have been more than one cowboy riding into the lobby. Charlie Dodge had presented a pair of chaps to me. Very old, obviously antiques. He stated the significance of them was that they were worn by an individual who was
wearing them when he rode into the lobby. I recall he mentioned the first name 'Gordon,' which made sense because the initials on the chaps were GSR. Charlie and I spent many hours chatting while on horseback, and at various functions. How I now wish I had taken the time and opportunity to have memorialized those chats in writing, or on tape. Charlie and Mary, together, had a great treasure of knowledge about Bakersfield and the people who lived here. No wonder, since they were both in police work here for so many, many years." 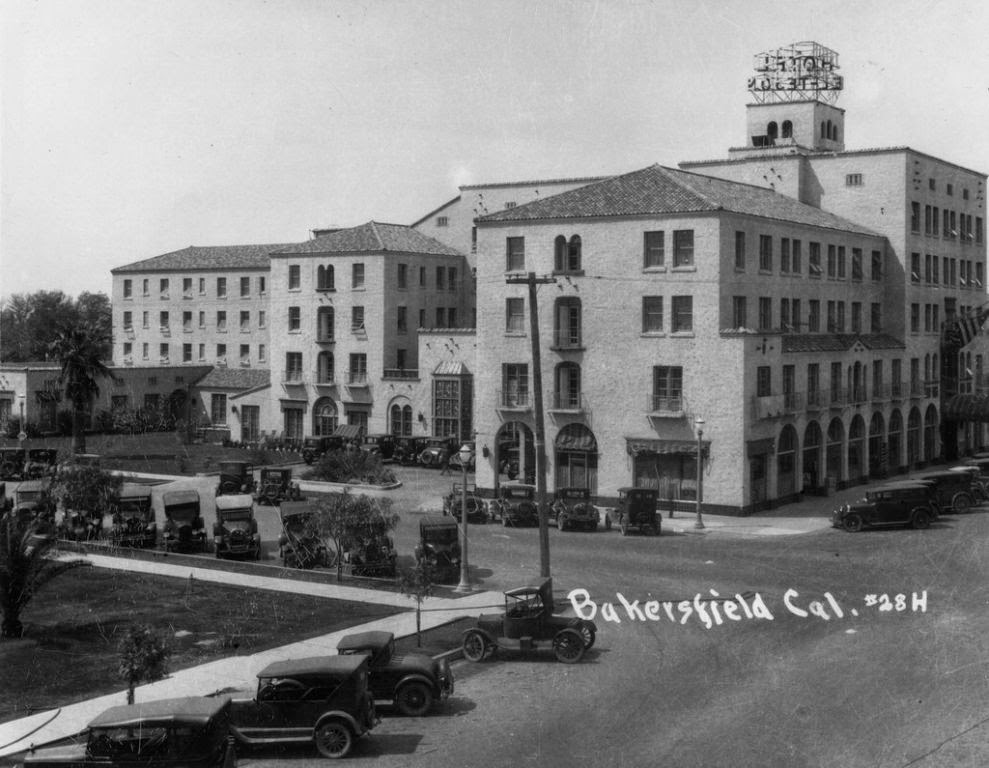 * … CAR DEALERS: Lots of feedback on our old car dealers, including this from reader Karen Boehning: "There was a question about the owner of Columbus Motors. His name was Bob Gomez. The original business was built for Leo Meek VW, then reopened as Gardner Porsche-Audi. Next was Cantrell Porsche-Audi. Bob Gomez then purchased and became Columbus Motors. My husband, Chuck, worked for all the these dealers before leaving and opening his own shop, Stockdale Automotive. Also, it was not where Lowe’s is located. That was College Shopping Center.  Columbus Motors was located on the next corner just east, which is now an equipment rental business."

* … MEMORIES: And finally, Geraldine Sproul added yet more: "Before Bill Hawk sold Oldsmobiles the dealer was Schweitzer Motors. He was on Chester but, not near the other dealers. The Chrysler dealer was Hubbard Motors. Rolfe Lowden sold Hudson cars. (Bet most people do not even remember this car.) The Packard dealer was Hackett Motors."