If you still smoke, you now have a host of other smoke-related illnesses to worry about, and gas prices are back on the rise after a long slump

* … SMOKING: If you smoke cigarettes, you suddenly have a lot more to worry about than simply dying of smoking related diseases. A major new study has added a host of new ailments liked to smoking: kidney failure, intestinal blood vessel blockage,  hypertensive heart disease, infections and

breast and prostate cancers. Yet, the researchers said that those who do smoke are stubbornly holding onto the habit, no matter how many new illnesses are tied to tobacco use. A report in the New York Times noted there has been "a decided slowdown in smoking cessation rates in recent years, fueling a belief that getting the remaining hard core of smokers to quit will require new strategies." 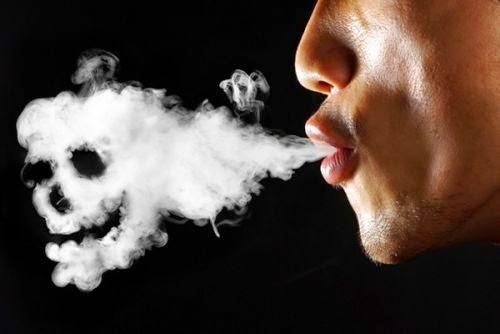 * … GAS PRICES: I hope you have enjoyed those lower gas prices recently because they are back on the rise. According to the Lundberg survey, the average price of a gallon of gasoline in the United States rose 13 cents in the past two weeks, bringing it up 26 cents since prices bottomed out after a nine-month slide ended in January. And experts say it will only get more expensive, thanks to the introduction of pricier seasonal gas, scheduled maintenance and the fire at a ExxonMobil refinery in Torrance. 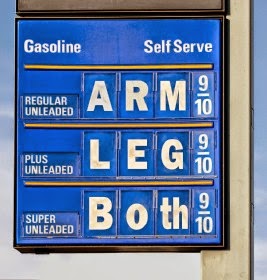 * … GOOD FORM: Janeen Pierce contacted me to give a shout out to a stranger who found her driver's license on the bike path Sunday and kindly drove to her house to deliver it. "Thank you!  Thank you!" she said. "I appreciate you taking time out of your Sunday to save me from what could have been some messy consequences of losing my ID."

* … SPOTTED: On a friend's Twitter feed: "Every time I use a public bathroom, one thought occurs…'Seriously? This many people have Sharpies on them at all times?'"

* … MEMORIES: A recent blog post on some memories from the past drew this note from reader Neil Walker. "How about the kids’ Saturday matinee at the Fox?  For 25 cents you got a double-feature with Roy Rogers, Hopalong Cassidy, Gene Autry, Buck Rogers, and other white-hatted heroes, separated by the requisite Bugs Bunny cartoon. For an additional dime, you could score a box of Black Crows, Jujubees or Dots. The intermission included a ticket drawing by the emcee. Woody’s Toys often provided the prizes. I once won a 25-piece set of green plastic toy soldiers. I was the most popular boy at the Fox that day! Just think … a half-day of babysitting for mom and dad for only 35 cents!"