* … DROUGHT: This probably should not come as much as a surprise, but low income households are carrying the heaviest load when it comes to conserving water. That's according to The Los Angeles

Times which reported that residents in the wealthy enclaves like Newport Beach, La Canada Flintridge and Malibu are using more than 150 gallons of water per capital per day in January, simply because they can afford to do so. Meanwhile, in lower income Santa Ana the average is just 38 gallons but they too are being asked to curtail use. 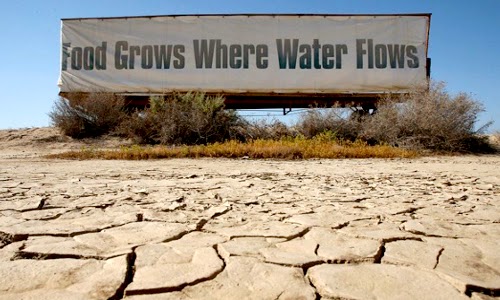 * … PARAMOUNT: Paramount Farming is about to have a changing of the guard as president Joe MacIlvaine prepares to step aside. The global farming company has picked Rob Yraceburu, a long-time exeuctive with Wells Fargo and a graduate of Fresno State, to succeed MacIlvaine when he retires in 18 months. Yraceburu, who formerly headed up the Wells Fargo operation in Bakersfield, will join the company in May and work on a transition plan with MacIlvaine. When Yraceburu takes over, MacIlvaine will head special projects for the company. Paramount Farming is one of the largest producers of almonds and pitachios in the world and is owned by Roll Global, the holding company for Stewart and Lynda Resnick. 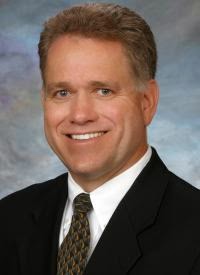 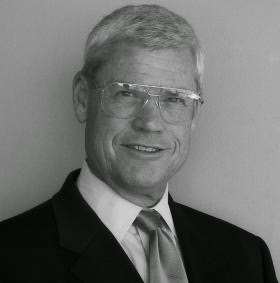 * …SPOTTED: On a friend's Twitter feed: "Yawning is our body's way of saying '10% of battery remaining.'"

* … KINDNESS: This from reader D. Szczepkowski: "My neighbor and I (both senior citizens) went to Coco's for  Easter dinner and much to our surprise were told that our meals were paid for   We wish to thank this person for his or her kind and generous act. It really made the day a truly special one. "

* … ACHIEVER: I am happy to pass along some of the achievements of the youth in our community, but this latest one stands out from the rest. This from Bakersfield High principal David Reese: "BHS Senior Alexandra (Ali) Vaughn will be completing her last days as a student with a smile on her face. After previously being accepted to attend UCLA, UC Berkeley, UC Irvine and UC Davis, Ali was nervously awaiting word on her other applications. Over spring break she finally got the word she was waiting for. She got more than the perfect trifecta that she was hoping for, it was the perfect quad special! She was admitted to Stanford, Princeton, Columbia, and Harvard. Right now she is leaning toward following her childhood dream of attending Stanford to major in English and minor in art. Proud parents are Jeffrey and Jennifer Vaughn. "

* … SKEET SHOOTING: Some of the best skeet shooters in the country are in town this week for the annual Ken Barnes Open, named to honor Kenny Barnes who is in the national skeet shooting Hall of Fame. The event runs from Friday though Sunday at the Kern Country Gun Club out near the Buena Vista Lake recreational area. If you haven't been to the club recently, you should stop by if for no other reason to see the huge expansion that sporting clays have brought to the club.

* … MEMORIES: Judi Plaskett wrote to ask "if anyone from the old days at North High remembers the Art-T-Q drive in on North Chester where Winchel's Donuts was. I remember the cherry Cokes yum!  Also I haven’t seen anyone reminding us of Michener’s drive in and the special hamburger sauces and the lime freezes. Those were the good old days!"