When the Central Valley feeds the nation, California's drought belongs to all of us, and more on those scams about town

* … DROUGHT: A friend directed me to an essay that really puts the California drought in perspective. The writer, Steven Johnson, correctly notes that folks on the East coast often sneer at California and its water woes but they miss a single important fact: The Central Valley consumes 80

percent of California's water because of farming, and those farmers provide 25 percent of the food that the entire country consumes. Said Johnson: "In other words, even if this drought is a sign of climates to come, California has plenty of water to support its lifestyle. It just won’t have enough to support its crops, without significant changes to make those farms more water-efficient. It seems bizarre that a region like the Central Valley with just six million people — barely more than 10 percent of the state’s population — should use 80 percent of the water. But then you realize that the vast majority of people benefiting from that water don’t live in California at all. The Central Valley takes up only 1 percent of the landmass of the United States, but it produces 25 percent of the food we eat, and almost half of the fruits or nuts we consume. California is running through its water supply because, for complicated historical and climatological reasons, it has taken on the burden of feeding the rest of the country. The average Times reader sneering at those desert lawns from the Upper West Side might want to think about the canned tomatoes, avocados, and almonds in his or her kitchen before denouncing the irresponsible lifestyles of the California emigres. Because the truth is California doesn’t have a water problem. We all do." 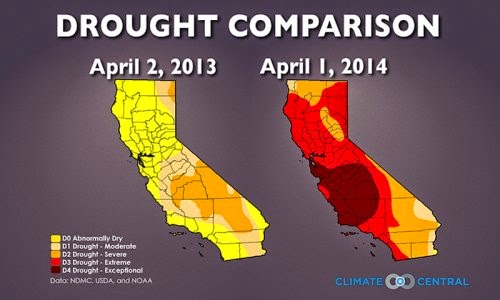 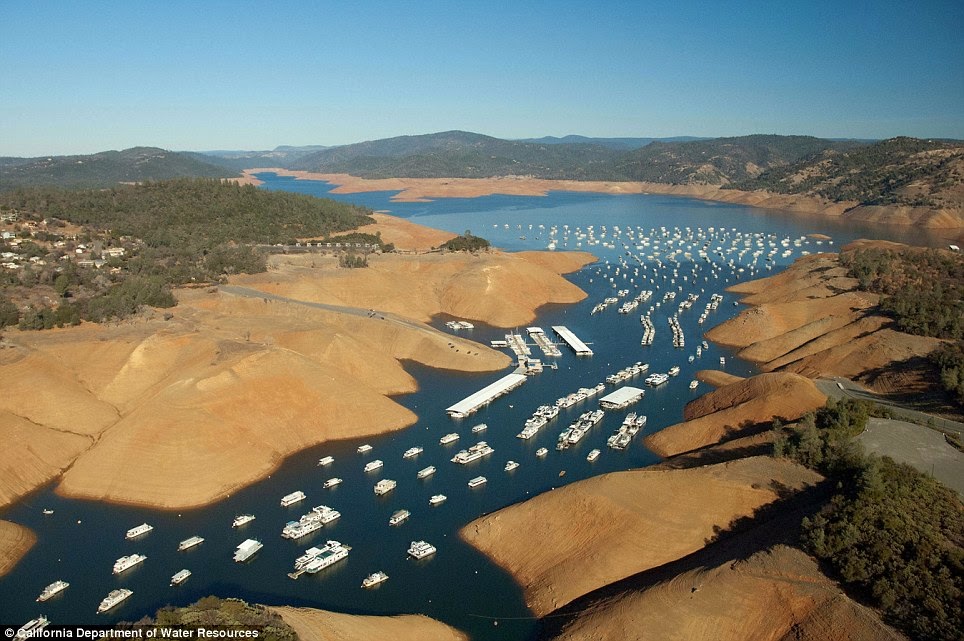 * … HUMOR: Today's one liner comes compliments of the great Henny Youngman: "Do you know what it means to come home at night to a woman who'll give you a little love, a little affection, a little tenderness? It means you're in the wrong house, that's what it means."

* … SCAMS: Here's the latest internet scam, this one from my friend Gene Bonas: "You consistently warn your readers of scams going around. Here's a new email scam I recently received from Bank of America. It was listed as 'Irregular account activity.' The email looked legitimate since it used the BOA logo. I opened the attachment that asked for my online ID and passcode. Then, it asked for my full name, address, social security number, answers to security questions, and other information I felt BOA already had. Without responding, I called BOA and asked them about my account while informing them of the email I received. I was told the email was a scam and to send the entire email to their fraud address. Another example where due diligence is a must!"

* … DINNER: Tickets are still available for the annual Vino Amore dinner set for Saturday, April 18, at Monsigner Leddy Hall at Garces High School. Luigi's Delicatessen will cater the event and Croads Vineyards will supply the wine. Cocktails at 6 p.m. and dinner art 7 p.m. This is an East Rotary fund raiser for some worthy local causes.

* … HEAT: With the summer heat coming, Shafter resident Sandra Larson posted this question: "I asked a woman who cleans homes for a living if it is harder work in winter or summer. She said summer. I asked if it was because of more dust and she said no. It is because so many people who aren't home while they clean don't leave the air conditioning on and won't allow it to be turned on by the cleaning crew. I have to admit I was shocked by her answer. "

* … SPONSOR: And finally, my thanks to Mary Christensen of Watson Realty for sponsoring this blog and supporting the work we do here. Mary was a friend long before becoming a sponsor, and I have used her to both buy and sell residential property. Our community is blessed with many good Realtors, but I don't know of any who work harder than Mary C."
Posted by Richard Beene at 1:21 PM