* ... FOREVER YOUNG: The best of all of us was on display on Mother's Day, when folks took to Facebook and other social media to pay tribute to their mothers. So many pictures, many old photos

in black and white taken in the war years of the 1940s, showing our mothers in their prime, smiling and seemingly unaware of the fleeting aspect of life. Though perhaps gone, our mothers live with us in our memories, an image freeze frozen in our minds when life without a mother would have seemed impossible. So here is to my own mother, the late Julia Jean Swysgood, born in Ohio and taken from us five years ago in Arizona, a victim of cancer. Never was there a more joyful, and hopeful, person.

* … ACHIEVERS: Hats off to my friends Ray and Lisa Karpe who are on the road living the dream of most parents: they headed east to attend the college graduations of their two boys. Robert Karpe graduated from the University of South Carolina this past Sunday, and a week  later brother Adam will graduate from the University of Arizona. Both boys are products of Garces Memorial High School. Well done, lads. 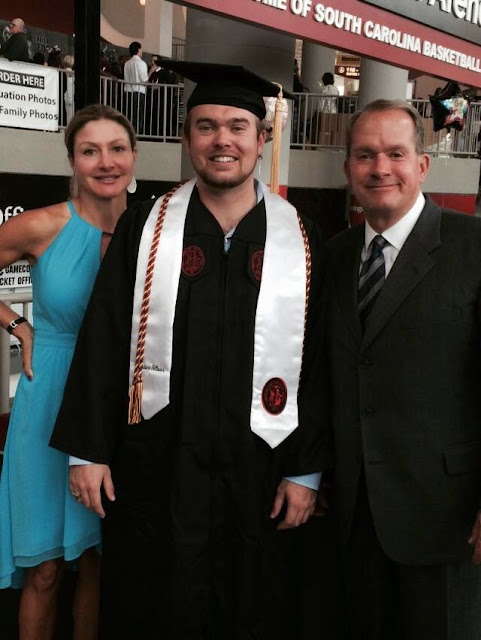 * … SPOTTED: Today's gem from Twitter: "When I was little, I used to sing in the shower. Now I make life decisions in there."

* ... VALLEY PLAZA: There's no better service in town than the folks who work behind the "Genius Bar" at the local Apple Store at Valley Plaza. There is normally a wait, but the young people behind the counter could not be nicer or more technically skilled. On the downside, try to stay out of the public restrooms at the mall's food court: broken doors, broken hand dryers, no towels, an altogether forgettable experience. Two good examples of how to treat customers, and how to ignore them.

* ... ART: If you think art among young people is dead, you should have headed over to Metro Galleries for the 34th Annual Congressional Art Competition-An Artistic Discovery. More than 240 entries from high school students throughout the congressional district were hanging, some of them showing remarkable artistry. Congressman Kevin McCarthy holds this event each year and was on hand at Metro Friday evening to meet all the students an present the awards. The best of show entry will hang in the U.S. Capitol for the next year.

* … DOWNTOWN: Judy Wert wrote to to remind everyone about the First Presbyterian Church on 17th Street downtown. "We have occupied the same location for over 100 years, maintaining the historic elegant beauty of our buildings. A portion of our land was given to us by the widow of Colonel Thomas Baker, after whom the city is named. We host and support numerous activities that appeal to various groups and people who populate downtown. Pastor Jeff Chandler, along with the entire staff, are dedicated to being a beacon of hope to our community."

* ... THEATERS: At least a dozen folks responded to Ronal Reynier's request trying to identify and old Bakersfield theater. His response: "Readers submitted good guesses on my quest to locate which theater in Bakersfield had trellises down its side aisles. They were the Granada, Rex and the Rialto; all are wrong. These three were known as 'shoebox' theaters and were too narrow. I lived across the street from the Granada in 1943-45 and enjoyed movies there before it was remodeled. While in
high school I worked at the Tejon and pulled some shifts at the Granada. The Rialto was even less than a 'shoebox' and I also went to movies there. In my feeble mind is the first theater I can remember going to... the Californian."