More alerts on a local scam going on around town, bad form at the Cal State Bakersfield graduation and did God punish California with the drought because of abortion?

* ... SCAM ALERT: Last week I wrote about a young woman who felt she was scammed out of $400 by a gardener who overcharged her for putting mulch in her yard. Well it looks like the same guy struck again, this time charging a woman $530 for what she thought was a $100 job. The scam

works like this: a man named Ernesto shows up at door and in Spanish agrees to mulch the yard for $8 a bag. When he is done, he charges four, five times as much as the agreed price, showing empty bags as 'proof' of his work. Christina Stark explains what happened to her mother:  "She was shocked to find that the guys completed the ENTIRE front lawn and told her they used 100 plus bags. She said no way they used that many bags. Mom was furious ... Ernesto had a fake apology for my mom and the crew looked down, trying to make her feel sorry for them. She didn't feel right about this; felt sick to her stomach. Ernesto proceeded to count bags to prove that he used a lot of bags. I believe he already had empty bags and that's how he scams people, ignoring their wishes and proceeds with his scam."

* ... BAD FORM: You knew we couldn't get through graduation season without someone making a fool of themselves, and spoiling it for the rest of us. Deidre Schilling was at the CSUB graduation this past Saturday, and sure enough seated behind her was "the rowdiest group of low class folks imaginable," screaming so loud that it attracted the attention of the entire crowd. It turns out a couple from Oregon was there to see their niece graduate, but they missed her name being called because of the rowdies. "The nice lady from Oregon leaned over and told the rude woman that she was the most selfish person she had every seen and told her that her loud behavior had caused her to miss her niece's name," she said. "The rude lady proceeded to call this nice women every profanity she knows. The rude lady's language caused the nice woman's daughter to cry. It was heart-breaking. Loud lady stayed a bit longer then left... flipping off the nice family as she went. After the ceremony, I told the woman that I was so sorry that she couldn't hear her niece's name. She proceeded to tell me that the niece's parents are no longer here with us, so they were attending the ceremony as her 'parents.' We tried as best we could to show her that not all the people who live here are inconsiderate." 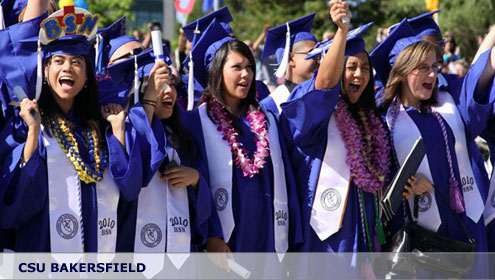 * ... FREAKY FRIDAY: Two stories broke last Friday that come under "can you believe she really said that?" department. First, the head of the Spokane, Wash., NAACP was outed as a white woman after posing for years as an African-American, and more close to home, state Rep. Shannon Grove implied that the drought may be God's way of punishing us for abortion. I understand the concept of an omnipotent God, but this strikes me as pandering in its lowest form. Memo to my friend Shannon Grove: those dragons on Game of Thrones? They's not real. (photo of Spokane NAACP president) 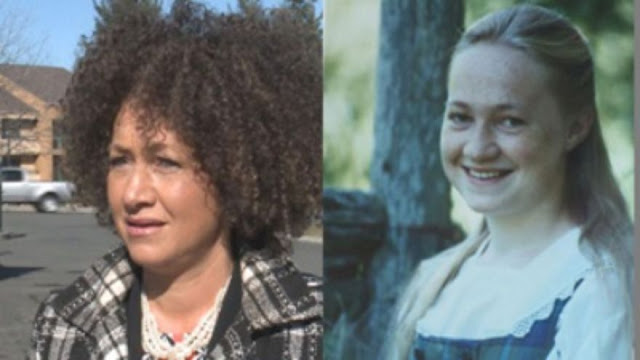 * ... DROUGHT: More blowback on the statement by California Water spokesperson Yvonne Kingman that artificial turf does not qualify for drought resistant subsidies because you have to hose it off often. Said Barbara Oberg of Tehachapi: "I installed this terrific product in my back yard 14 months ago and I am a great proponent of it. You do not use water to clean it; we just blow it clean once a week so no chemical runoff either. Does it get hot? Yes but so does concrete, sand etc ... my yard stays beautiful and green all the time. Yvonne Kingman obviously does not have the correct facts!"

* ... GOOD FORM: Frances Sinclair gives a shoutout to a local judge: "Everyone should have the privilege of being a prospective juror in Superior Court Judge Brian McNamara’s courtroom. He gives a heartfelt civics lesson on why we need to do our duty. And oh, does he ever value our military and our teachers!"

* ... SPOTTED: This on Twitter: “'Lazy' is a strong word. I prefer to call it selective participation."

* ... MEA CULPA: I am blaming this one on the 'Spellcheck' function on my computer: I used 'palates' instead of 'pallets' in describing how a food store displays products. As reader Liz Keogh reminded me: "What a disgusting shopping experience THAT would be. Do they have people lying down on their backs on the floor with their mouths open so that the items for sale can be featured on their 'palates?' The palate is the roof of the mouth. f you meant to refer to those square-ish wooden (sometimes heavy plastic) thingies on which items are stacked, those are pallets."