Rachel Dolezal's confused identify provides plenty of fodder for social media, local anchor Jackie Parks shuts down a scammer and yet more on that mulch scam


* ... SCAMS: KERO TV anchor Jackie Parks is not one to be trifled with, and her response to a would-be telephone scammer is priceless. Said Jackie: "I keep getting a call from a guy claiming to

be from Microsoft. I must have hung up on him five or six times. But one day I answered and said, 'No you're not (from Microsoft) and you know you're not. Why can't you apply your intelligence to something useful and stop trying to rip people off?' I haven't heard from him since." 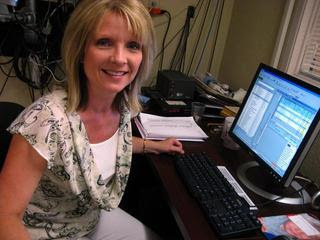 * ... MULCH SCAM: I have been writing about the local gardener who goes from house to house selling mulch, and then scamming folks by charging four to five times the original estimate. Local Realtor Walt Newport said he dealt with the same people recently. "Richard, I read your article this morning about the scam artist that quotes you a price for mulch then before job is done shows you the empty bags he used. Then he sells you more to get the job done knowing you won't leave it unfinished. The first time they came by I turned them down. The next time we were in front yard flower bed and they came by again. I had them quote the job and after they measured what they would need I agreed. I left the front yard for a few minutes and when I came back to front they tried to pull the scam showing me 20 empty bags. They were less than half done. I raised my voice and said they were trying to scam me and I wasn't falling for it. I told them to finish the job at the price they quoted me or rake up their mulch and leave. They finished the job and left. By the way our flowers are thriving better than ever."

* ... GLUTEN: Dr. Gerald Tadej responded to my post about gluten with this: "I understand your column is just for laughs, but 'modern bread' is much different than what our ancestor’s ate 30,000 years ago. Your re-tweet is off by a few years, but the recent allergies are due to GMOs (genetically modified organisms). Much of our food supply has been genetically modified and is now being shown to be harmful to humans. Monsanto did not do this on purpose, they modified our foods to increase profits and the FDA does not require testing. A good book for you to read is 'Wheat Belly' by Dr. Richard Davis or 'Brain Grain' by Dr. David Purlmutter." 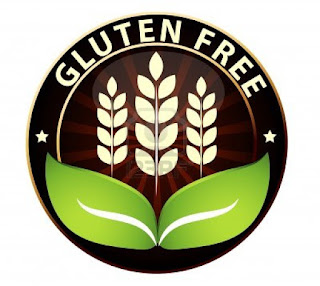 * ... SPOTTED: Lots of feedback on social media on the strange story of the seriously nutty Rachel Dolezal, the white woman and NAACP executive who has been posing as black. On Twitter was this: "I eat at Chipotle twice a week. Therefore, I identify myself as being Mexican." (Dolezal also claimed she grew up in a teepee and her parents hunted for food with bows and arrows, providing yet more fodder for comedians and critics)

* ... DOLEZAL: And speaking of Dolezal, my friend Peter Wonderly posted this on Facebook: "With all this talk about transgender and transracial issues I think it is time to come clean with my secret. I'm transfinancial, and that means I am a rich man born in a poor man's body." And the hits keep coming. 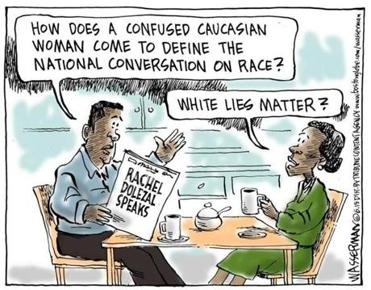 * ... OVERHEARD: A middle aged man is sharing this story with a colleague: "Our neighbor is the scourge of the neighborhood. Every weekend her son has a party and the street is littered with beer cans. I pick them up and toss them on her lawn."

* ... SUMMER READING: Looking for a quick read next time you are on the beach? Check out Kent Haruf's "Our Souls at Night," a bittersweet story of two people coming together later in life and dealing with the challenges that come their way. 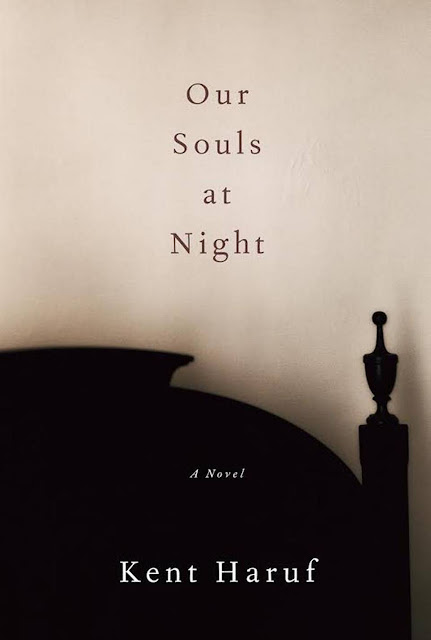 * ... ACHIEVER: The American Petroleum Institute handed out some scholarships recently and one of the recipients was Kolby Buller, a Liberty High graduate who is now in his third year studying mechanical engineering at San Diego State University. Thanks to his proud grandparents, Rick and Erma Giachino, for alerting me to this achievement.