While the furor over the Confederate flag burns hot, a local black news talk show host questions the rush to tear down monuments in the South to Civil War heroes

* ... FLAG: The controversy over the Confederate flag is resonating across the country, and it is nowhere as hot as on social media. When Amazon decided to stop selling the flag, I spotted this note on Facebook speaking to the hypocrisy of it all: "Amazon sells a huge variety of shirts, posters, you-name-it featuring the hammer and

sickle, Joseph Stalin’s mustache, all things Che Guevara, Vladimir Lenin and other colorful revolutionaries ... Guevara’s book Guerilla Warfare is on sale in four different formats. In one of the worst genocides in modern times, Stalin forcibly starved Ukrainian peasants in what’s known as the Holodomor, a 'terror-famine' that left anywhere from 2.4 million to 7.5 million Ukrainian peasants dead in 1933." 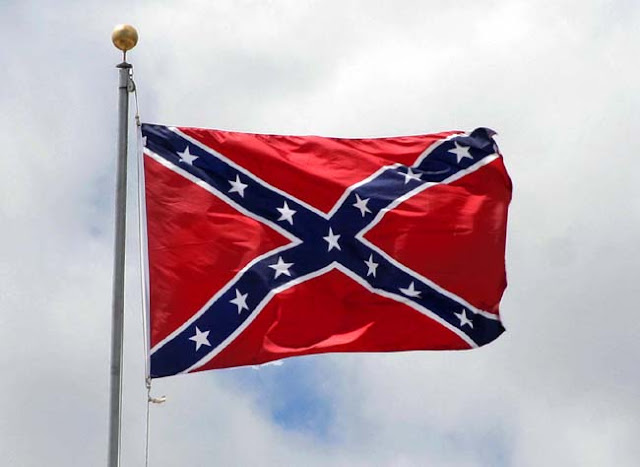 * ... MORE FLAG: The feeding frenzy that started with the Confederate battle flag has now moved on to the hundreds of statues of Confederate war heroes that appear throughout the south, as well as schools and streets named after rebel leaders. Is it reasonable to expect that every vestige of the Civil War, from the Southern perspective, be removed from society? I was struck when local talk radio host Ralph Bailey, a conservative African American and host on KERN NewsTalk 96.1 FM, yesterday defended Nathan Bedford Forrest, a Confederate calvary general from Memphis known as the "wizard of the saddle." After the war Forrest became a member of the Ku Klux Klan, but later fully embraced the Union and apologized for his actions, much to the dismay of his fellow Southerners. Said Bailey: "The facts are irrefutable. Forrest experienced a Malcolm X-like racial epiphany. Not only did he walk away from an incredibly lucrative slave trade profession but he addressed a crowd of black pole bearers in 1875 calling for racial equality well documented by The New York Times. He had no political motivation and had to have been vilified by friends and family who viewed blacks as innately inferior. Not only should his bust remain in the Tennessee statehouse but he should be a symbol of change and forgiveness ." 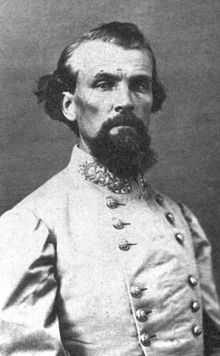 * .... SOUTH HIGH: If you are a Bakersfield native, you know that the rebel flag was used by South High School to support the "Rebel" athletic teams. Said Ronal Reynier: "Here in Bakersfield we had a similar situation in 1976 when South High School was asked to change the 'Stars & Bars' flag they had been using for 19 years. The proposed flag would be a field of red with SH in gold. It was proposed at the meeting to change it to a field of red with SHS in blue trimmed in white. This was not agreeable to one faction. A student asked to speak. He said that the solution would be to have a new red flag with a gold hammer and sickle. He was suspended from school for five days.

* ... PERRY: Former Texas governor and Republican presidential candidate Rick Perry was in town the other night for a fund raiser at the Westchester home of Kyle Carter and his wife, Kim McAbee. You can bet Perry will be followed by a parade of other GOP contenders who will be courting some of our area's influential business people. 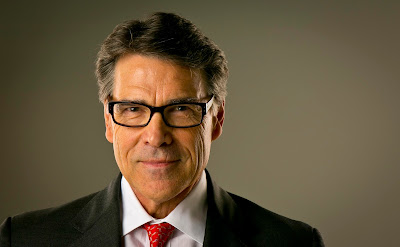 * ... SPOTTED: A panhandler on a freeway ramp holds a sign proclaiming: "Mostly harmless."

* ... INDEPENDENCE HIGH: Phyllis Adams dropped me a personal letter to thank a group of Independence High School seniors who have entertained residents at Carriage House Estates. "Glenn Miller era music was played by Richard Gonzales and dancing was enjoyed with students and residents for several hours," she wrote. What a satisfying feeling for teens to plan and enjoy time with their elders. Sharing of those evenings will be long remembered."

* ... MEMORIES: Joe Chavez wrote with this memory from East Bakersfield: "Does anyone remember Louie the mailman from the 1960s? He delivered in east Bakersfield and he always had a smile. I myself would chase after him when I was waiting for a toy or model kit I ordered. Then it was off to swim at Jefferson park. What wonderful days!"
Posted by Richard Beene at 1:35 PM