City of Bakersfield gets serious about imposing fines during the drought, and a couple awakes to find a homeless person camping in their backyard

* ... DROUGHT: Now that the city has put us on notice that it is getting serious about water restrictions by threatening abusers with fines, let's see if anyone is listening. One thing seems to be clear: either folks are still confused about the mandated watering times or people just aren't paying attention. Go anywhere in town and you will see sprinklers running during the day (a no-no) and on the wrong day of the week (another no-no). The city is looking at fines of $50 for the first offend, $150 for the second and anywhere from $250 to $1,000 for a third during the same calendar year. 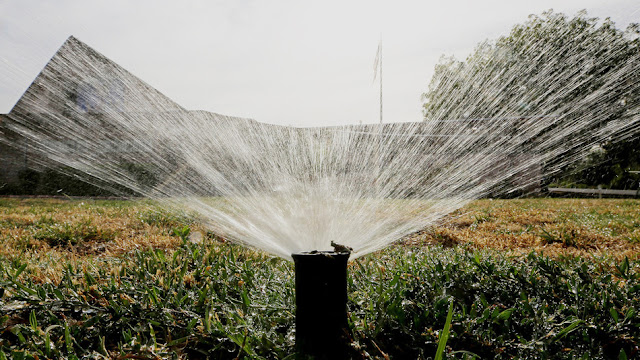 * ... CRIME: Ever wake up to find a homeless man camping in your backyard? A downtown homeowner did, and here is his story: "As my wife and I started cooking dinner this evening, I went out to the garage to get some things from the fridge out there. I jumped up about 10-feet high when I found a homeless guy in our garage. He was sitting down drinking one of the beers from the fridge. Fortunately, he was so completely inebriated that he passed out after two words and was incapable of being belligerent. BPD came out and arrested him for trespassing. After running a check on him, BPD told me he had been arrested two nights ago on 19th Street for the same sort of trespass! While waiting for BPD to arrive, I noticed the trespasser had eaten an orange from our tree, drank water from our garden hose, laid in our outdoor furniture, threw lemons in our pool, and drank a couple sodas from the fridge. He had been here for quite awhile during the day. After reflecting on similar odd findings my wife and I have encountered in the past few weeks, I am beginning to think he may have been here before!" 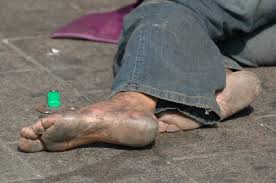 * ... SPOTTED ON TWITTER: "Just got 30 minutes of cardio trying to pick up an ice cube from the kitchen floor."

* ... TRASH: Is Bakersfield any better or worse than anyplace else when it comes to trash and litter? Bryan Williams had this take: "I am fresh off a trip to San Francisco this past weekend. Yes, the Emerald of the West Coast was just as trashy, if not more so, than here. I travel to the Los Angeles area nearly every weekend to see family, and yep - there is trash all over the 405, and the streets of West Los Angeles, Torrance, and Long Beach. Littering is an inherent (if unfortunate) human trait.  It's everywhere. Bakersfield is no less trashy than some of the other cities in our Golden State that people seem to hold on a cleanliness pedestal, and give a pass.  Could it be we get a bum wrap because our beloved town is not on the coast and instead in a hot, dusty bowl? My hat is off to the city of Bakersfield, the Bakersfield Homeless Center, the Kern County Sheriff, and the inmates from Lerdo, along with Caltrans, that are regularly picking up trash along our roadways. Give Jon Enriquez with Keep Bakersfield Beautiful a call - he'll fill you in on all the good work our public and private entities are doing to keep Bakersfield a clean, lovely, inland city."

* ... GOOD CAUSE: If you need a reason to attend East Rotary's "An Elegant Evening of Wine" look no further than the scholarships it provides for needy students who want a higher education. Over the last 25 years, this event has helped support the Joe Alexander Memorial Scholarship Foundation which has helped so many students over the years. The Foundation is on track to amass a corpus of $1,000,000 to help students. The event is planned for Saturday, Sept. 26, at the downtown home of Dr. Mark and Sue Ashley.
Posted by Richard Beene at 3:21 PM