California legislature looking at legislation that could have a devastating impact on the oil industry, some really bad form on the bike trail and more on our long drought

* ... FOSSIL FUELS: Most of us pay little attention to what is happening in Sacramento, but if you live in the oil patch as we do, it is time to take notice. A fierce debate is under way over pending

legislation (SB350) that could have a devastating affect on California's energy sector. And that of course means Kern County, which could potentially lose thousands of jobs if the bill becomes law. The legislation would require a 50 percent reduction in petroleum use by Jan 1., 2030, just 15 short years away. The bill easily passed the Senate but is finding resistance in the House from moderate Democrats who represent the Central Valley. Critics claim, accurately, that the bill fails to say exactly how we are going to get there. Instead, it simply sets a target, a familiar tactic that makes politicians feel good but does little to deal with the details that will affect all of our lives. And others complain that the working poor, those who can hardly afford higher gas prices or the price of an electric car, will suffer the most. This is the work of Sacramento that needs our attention. 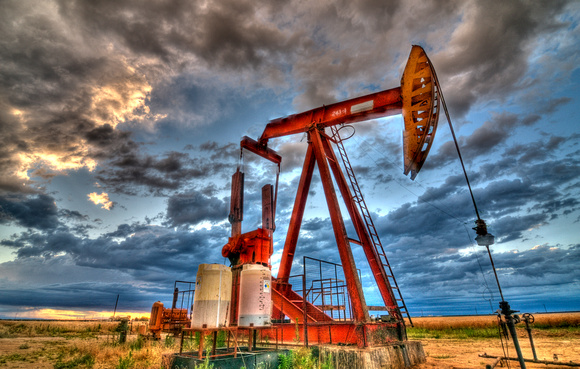 * ... GOOD FORM: Hats off to Varner Brothers who responded to the long drought by removing the grass in front of its offices and replacing it with 1,600 linear feet of concrete sidewalks. Said project manager Brian Stanley: "Although it won’t bring rain and it was expensive, we think hardscapes can help."

* ... BAD FORM: I was cycling with a group of friends this weekend when two oncoming cyclists careened hot into a sharp turn that led to a small bridge and went down. Our group was on the bridge and our lead rider could not avoid the spill, plowed into one of the riders and did a 360 over her handlebars and landed on her face. Bloodied and skinned up, she was able to ride home thanks to her helmet and overall fitness. The lesson? Cycling is fun but can be dangerous. Ride at your talent level and for goodness sake, slow down in tricky situations. (file photo of a bicycle wreck) 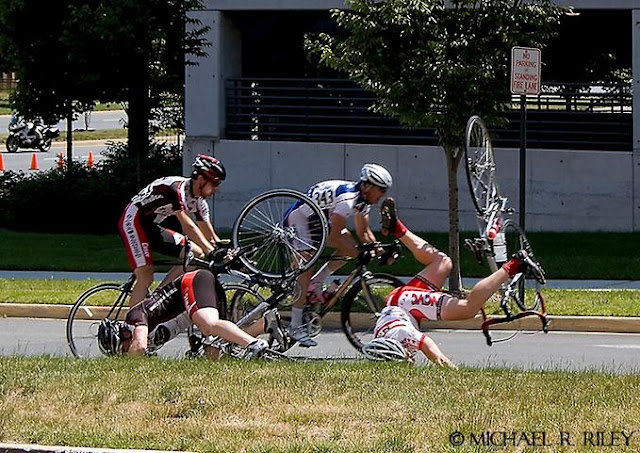 * ... SPOTTED: John Strand of Lake Isabella shared with a picture of his bumper sticker. It reads: "Stop Global Whining." I could not think of a better message.

* ... DROUGHT: Here's a timely tip about water use from Ryan Olson. "Just a reminder to all those folks who are conserving by watering at night (especially school districts, corporations and properties with common areas): sprinklers need to be checked once a month, at the very least. In areas that have a lot of foot traffic, once a week would be best. I was at our local junior high in the evening last week and watched water pour onto the asphalt and into the drains in several areas with broken or misdirected sprinkler heads. Driving home, I saw several more properties (common grounds which surround neighborhoods) with the same problem. Ten to fifteen minutes of visual inspection by groundskeepers once a week could save hundreds of gallons of water, all over the city.
Kudos to the city of Bakersfield crews, by the way, for doing just that. I watched as they worked their way down Ming Avenue recently, testing, repairing, and adjusting sprinklers on both sides of the street, as well as the median."

* ... CROSSING GUARD: A reader wrote to heap some praise on a longtime crossing guard who works the corner of White Lane and Akers. "You can tell he takes this job seriously and displays much pride in how he does this job.  His energy level is amazing. It is refreshing and renews faith in our fellow human beings that no matter what your job or profession ... there are people who do give it their best shot every single day."