Jeopardy! host Alex Trebek sends $10,000 to Taft College to fund a scholarship, downtown Bakersfield gets some love from a travel writer and the Bakersfield Californian Foundation gives out $275,000 in grants

* ... TREBEK: Alex Trebek, the popular host of the long-running game show Jeopardy!, has developed a love affair of sorts with Taft College. Trebek has long had a fascination with oil and gas production, and in October he showed up as the emcee of the West Kern Petroleum Summit

sponsored by the Taft College Foundation. Trebek politely declined to be paid for his appearance, and instead foundation director Sheri Horn Bunk promised to create an engineering scholarship in his name. What happened next? Bunk said Trebek sent a check for $10,000 to help fund the scholarship, which Bunk called totally unexpected. "His letter to me asked if I found a good text book on drilling for oil please send that to him," she said. "The gift was unsolicited and this is one I will always remember." What's next? Trebek told Bunk he planned to return to Taft, this time to take up skydiving. 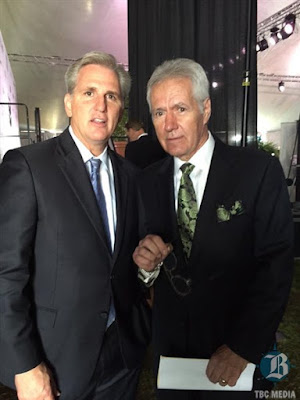 * ... VALENTINE: A travel writer from the Sacramento Bee spent some time in Bakersfield recently, and his story cast us in a pretty good light. The piece was devoted to downtown and some of our iconic buildings and businesses: the Fox Theater, the Kress Building, the Woolworth building, the antique malls and the Padre Hotel. Said the writer: "Yet there is an undeniable charm to downtown Bakersfield’s fossilized, late-1950s feel. If you want modern conveniences – an Applebee’s and an Apple store; a Chipotle and a Nordstrom – alight to the 150-square-mile sprawl of the city’s outer, strip-mall-saturated regions. Downtown Bakersfield clings to the past with buttons and buckles, not Velcro. Sure, there’s a fancy arena and a few chain hotels anchored on Truxton Avenue. But on the grid, streets numbered and lettered with straightforward humility, the past isn’t even the past, as Faulkner wrote. This is a good thing. This is downtown Bakersfield’s charm." (photo courtesy of the Sacramento Bee) 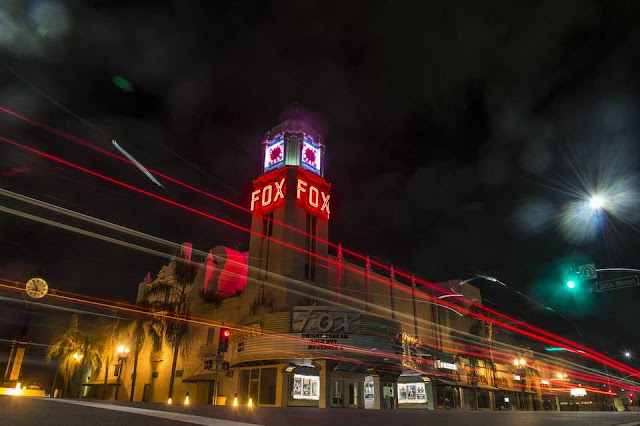 * ... GRANTS: The Bakersfield Californian (family) Foundation awarded its Fall grants last week, handing out $275,000 to deserving non-profits. The Community Action Partnership of Kern was awarded $100,000 for a food bank solar energy improvement project, the Children First Campaign was awarded $50,000 (with an additional $50,000 in matching funds available) for a family zone pocket park, the Bakersfield SPCA was given $50,000, and the Independent Living Center of Kern $25,000. Lastly, the Lamont Women's Club was awarded $25,000 to restore the city welcome sign and the Youth 2 Leaders Education Foundation won $25,000 for a technology readiness project.

* ... SPOTTED ON TWITTER: "The sole purpose of a child’s middle name, is so he can tell when he’s really in trouble."

* ... DRILLERS: Elaine Conley added this note about the old days at Bakersfield High School. "My husband, Larry Conley, enjoyed your column  about the pep band playing 'Sweet Georgia Brown' when the basketball team warmed up. Larry was captain of the pep band in 1960-61 and remembers this very well. He said the basketball coaches didn't like it because the players started twirling the ball and acting like the Globetrotters, but nothing was ever done because it was THE Driller Band!"

... GOOD FORM: This note, signed simply Dee and Jean, showed up in my mailbox and is worth sharing. "This morning my gentleman friend and I went to have breakfast out at our favorite restaurant - Mel's Cafe on Knudsen and Olive. It was one of those chilly mornings where pumpkin pancakes for me and ham and eggs for my friend seemed fit.  Since we are just a little old senior couple, it was a big order. Soon our waitress came over and said our check had been paid for.  It was such a great surprise.  Made our day! We want to please say thank you to the man and his little boy for turning our day into a happy day. Sir, if you are reading this, we thank you and God bless you!"
Posted by Richard Beene at 1:16 PM