Burglars clean out a house as the owners watch TV in another room, and get ready for another brew pub (Craft Tap House) to open in a few weeks off Truxtun

* ... CRIME: Here is a scary scenario: you are at home watching TV with your spouse on a rainy night and unbeknownst to you, a stranger is in your house rifling through your purse just a few feet away in the master bedroom. It happened this week at a home in the Bakersfield Country Club area

and the intruders made off with a purse, jewelry, credit cards and driver's licenses. Said one of the homeowners who asked to remain anonymous: "I'll look great in all my costume jewelry; they were very discriminating criminals. We only turn on the alarm after we go to bed or leave the house. That will change." The theft happened well before 9 p.m. and the couple is now installing security cameras.

* ... BREW PUB: We are only a few weeks away from the opening of a new brew pub in town, this one a project by Imbibe Wine and Spirits owner David Dobbs and a few partners. It will be called Craft Tap House and it will be located in the old Garden Spot building at the corner of Truxtun and Oak Street. Hobbs told me there will be craft beers, wine, mixed drinks and a menu modeled after what you might find at Eureka Burger or Moo Creamery. 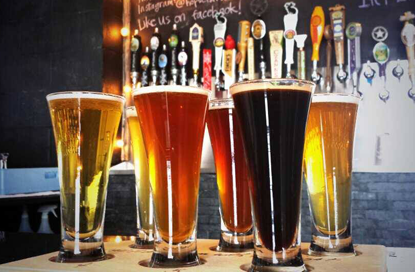 * ... SPOTTED ON TWITTER: "True self control is waiting until the movie starts to eat your popcorn."

* ... GOOD FORM: Faced with two ill dogs on New Year's day, Beth Ann Michaels found the phone number for Kern Mobile Vet services (Kern Housecall Veterinary Services) in the newspaper classified section and gave them a ring. "The doctors came out for a very nominal feel and examined my two ill dogs," she said. "He has a fully equipped van and all the medications my dogs needed. Another gift for the animal lovers in Bakersfield." 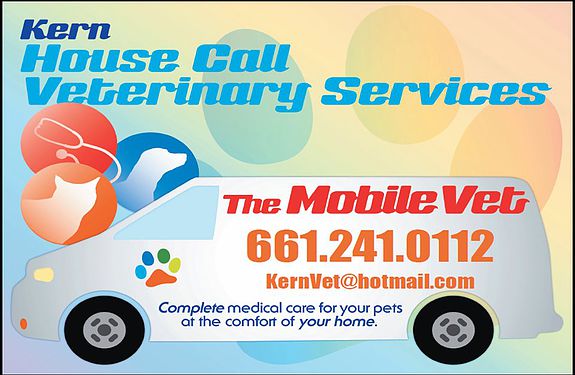 * ... BAD FORM: Shame on the young blonde in the older gray Pontiac, belching smoke, who gunned her engine and floored it to run the red light at Columbus and Union Avenue and somehow avoided a truck that was going through the light on green. In this town, it's always best to look both ways even if you do have the green light.

* ... MEDIA: More changes in the local media scene. The latest: Leeza Starks has been named news director for the Scripps owned KERO-TV 23. She joins the ABC affiliate from KFSN-TV in Fresno where she was assistant news director. She has previously worked in Columbus, Ohio, Jacksonville, Florida and Huntington, West Virginia. Starks replaces Todd Karli who left last month to accept an anchor job in Salisbury, Maryland. Karli's wife, KERO anchor Jackie Parks, will joining him in May.

* ... LITTER: Don Luvisi offered this note about trash and litter: "Those that are too lazy to properly dispose of their take out food containers/wrappers etc just throw them in the back of the pickup bed. They will be lifted right out in a few miles at freeway speeds. See this all the time, rarely see someone throwing litter out the window."