* ... BAD FORM: Is there anything worse than paying top dollar for a concert and then seated next to a group of loud and obnoxious drunks? Local Realtor Michael Richert had this experience when he attended the Jennifer Nettles concert at the Fox Theater. "We had six, drunk 50-60 year old women who came in behind us and were the most obnoxious group talking about their last text from their

boyfriends, and what was on Facebook and who was seeing who. Something I’d expect from a high school crowd and not the Fox Theater at $75 per ticket.  Everyone in our row asked in several ways for them to be quiet so we could listen and nothing would stop them. It was so rude to all the performers. Complaints were made to the Fox employees but nothing. Finally, we got up and moved to open seats further back. There, we encountered three more groups of people who were so drunk that they were falling down in the aisles and around their seats all the time yelling and fighting about everything except the concert and performers. Again, these weren’t kids, all grown adults. I just can’t picture ever going back to the Fox Theater for a concert. I was embarrassed for the performers and what was to be a great night turned into something that was not. I usually go to LA for concerts so this was my 1st at the Fox in 18 years of living here. I’ve been told that 'it’s just how things are at the Fox.'  I really wish it had been different."

* ... BIKE BAKERSFIELD: If you spot a fit young man riding a bicycle and towing a white pit bull around town that would be Adam Kahler, the new director of Bike Bakersfield. Kahler, a Bucknell graduate who left the energy industry to pursue his passion, made the bike trailer out of PVC to pull Winston, a pit bull he rescued in Shafter a couple of years ago. "He loves it. He just sits back there like he is in the back of a pick up truck. I did flip it once, which he did not like," he said. If you see Adam and Winston around town, give them a friendly honk and wave. 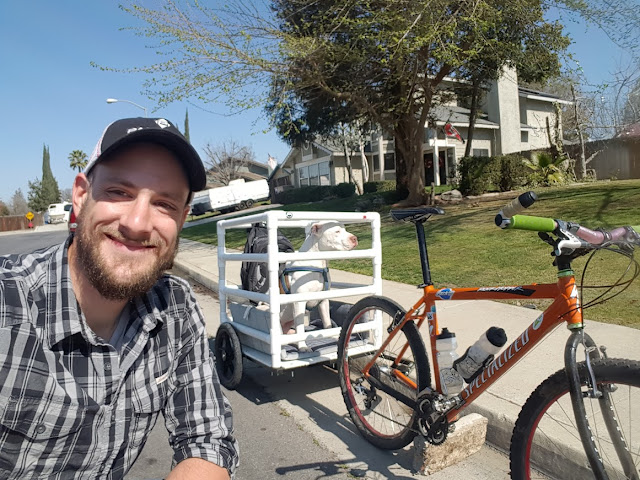 * ... JAR TRAIL: The Jar Trail is a steep hike at the foot of the Kern River canyon, but its popularity seems to have caught up with it. Listen to this from reader Nancy Vibe: "I have bad news about the Jar Trail and hiking in the canyon. There are some evil people taking advantage of the hikers. My husband and a few friends parked their vehicles at the Upper Richbar parking. Off they went for an awesome morning of hiking. They returned to busted out passenger windows, missing car registrations, insurance cards and house keys! Luckily my husband Mark had house keys and his ID on him. (he never takes his wallet). But the friends were not so lucky. They spent the rest of their Saturday getting their homes re-keyed! Be smart people... they will have your address and the keys to your house and can clean you out before you get home!" 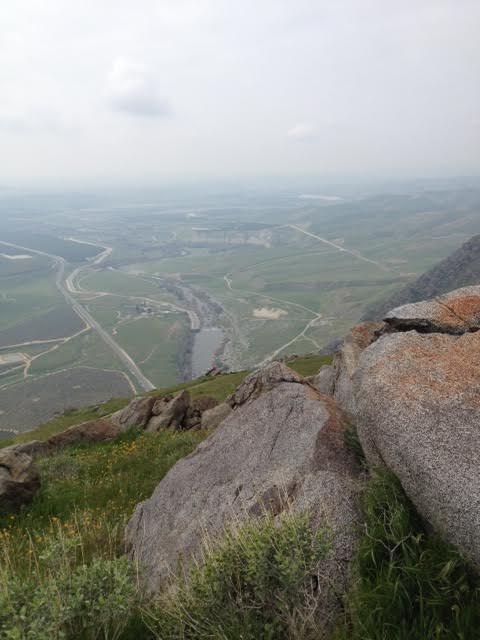 * ... SPOTTED ON TWITTER: "Unless you tripped and smacked your face on the treadmill, no one wants to hear about your workout."

* ... FOUNDATION: The Bakersfield Californian (family) Foundation is kicking off its spring cycle of giving with a focus on arts and culture. The Foundation is accepting applications beginning this week and all applications are due by Friday, April 1. Go to www.bakersfieldcalifornianfoundation.org to find out more about the kind of projects that will be funded.

Posted by Richard Beene at 1:27 PM