Midnight North will appear at Temblor Brewing Co. this Sunday and some random acts of kindness around town

* ... MIDNIGHT NORTH: What happens when combine an incredibly talented young band with the hottest musical and eating venue in town? You wind up with the San Francisco-based band

Midnight North appearing at Temblor Brewing Co. this Sunday at 6 p.m. If you haven't heard this band, this description about sums them up: "For this band, it’s all about the song. When you come to a Midnight North show, you’ll find Elliott Peck, Grahame Lesh and Alex Jordan sliding into three part harmonies that are as comfortable as an old pair of jeans. You’ll hear bassist Connor O’Sullivan and new drummer Alex Koford making themselves at home in any groove from a stomp to a slow-burn or boogie. Settle in and you might find Midnight North writing a new page in the American songbook." Tickets are $25 at the door. Come enjoy amazing craft beer, great eats and can't miss music. 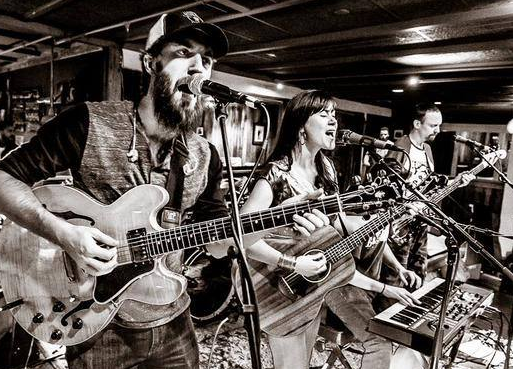 * ... GEESE: Local attorney Katy Raytis shared an adorable picture of a family of geese (seven little ones led by, presumably, their parents) crossing a busy Mohawk Street and California Avenue while traffic came to a stop during rush hour. It's about the only time traffic slows down around here. 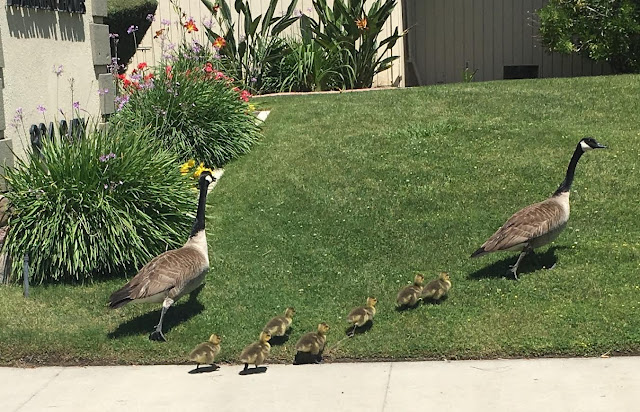 * ... GOOD FORM: Michele Garrison sent this shoutout to Derek Carr who was in town this past weekend for a good cause. "A sincere thanks to Derek Carr of the Oakland Raiders for his heartfelt ministry at the Upper Room on Sunday night and thanks for signing one last football. Thank you, Richard Beene, for giving us Bakersfieldians a personal format that is always interesting to read. " And thank you, Ms. Garrison.

* ... MORE GOOD FORM: And here's another uplifting nugget to start your day, compliments of reader Doris Thometz: "I was getting gas intending to use the ATM at the pump but it wasn't working," she wrote. "I use a walker and I have trouble getting around so I asked the young lady at the next pump if she would go into the store for me if I gave her $5. She came back and chatted with me while I pumped the gas. When I was done, she handed the $5 back and said she wanted to pay for the gas. There's so much negative in the world today. I just had to share a positive. Thanks, Laura, you made my day!"

*  ... ROSE PARADE: Local attorney Barry Rosenfeld has been selected to serve as a director of the Rotary Rose Parade Float Committee through 2018. Said Rosenfeld: "All of the directors are from the six Southern California districts that sponsor the float. We are all either past club presidents (I served 1992-1993) or past district governors. The these of this year's Tournament of Roses theme is Echoes of Success."