Bakersfield deals with a nagging jobless rate as another company, Lightspeed Systems, abandons California for Texas, and pickle ball comes to Bako

* … JOBLESS: Kern County has dropped two spots and now ranks 55th out of 58 counties in the state with the highest unemployment. That's the word from local appraiser Gary Crabtree, who noted

that all six of the counties that comprise the Central Valley are ranked 50th or worse. Grabtree said our unemployment rate is now at 8.6 percent while California is sitting at 4.7 percent.

* … LIGHTSPEED: Adding to those jobless woes will be the decision by Lightspeed Systems to abandon Bakersfield altogether for the more favorable climate of Austin, Texas. The local tech company, owned by Rob and Judi McCarthy, has provided jobs for hundreds of local people over the years, but high taxes and California regulations led to the decision to leave for Texas.

* … PICKLEBALL: Do you know what the fastest growing sport in America is? It is a tennis/ping pong hybrid called 'pickleball,' and it is gaining popularity in Bakersfield and across the west. In fact, retired arts teacher and longtime tennis pro Art Sherwyn put on his first pickle ball tournament at the Bakersfield Racquet Club this past weekend, running Thursday through Saturday with singles, doubles and mixed doubles. Pickleball uses a smaller, re-striped tennis court using smaller paddles and wiffle balls, creating a sport that is quick, intense and good for virtually any age. I participated in the tournament, if for no other reason than to give others a reason to feel good about their game.

* … FROM COMEDIAN EDEN DRANGER: "I typed in 'frustrated and annoyed' and WebMD diagnosed me as 'married.'"

* … SPOTTED ON TWITTER: "I burned my mouth on my pizza and I feel this is a strong metaphor showing me that the ones we love can hurt us the most.

* … DAVID PRICE: Looks like my old friend David Price III is facing some more delicate surgery next month as he battles an ongoing medical issue. Price is the former director of the county Resource Management Agency who retired to Johnson City, Tenn., a few years ago. Known for his keen dry wit and easy going style, Price left countless friends in Bakersfield who keep in touch on social media. Keep Dave in your thoughts as he prepares for the July 8 date with the surgeon. 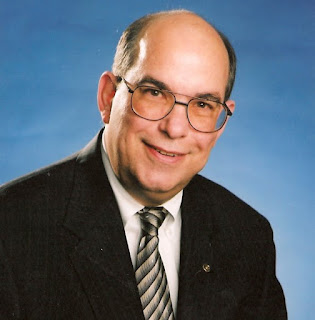 * … MEMORIES: Mary Clark remembers Scotty's Pie shop but notes a tad differently than her brother, Superior Court Judge Thomas Clark. "Occasionally, when Tom and my sister were in school, Mom would walk to Scotty’s, with my younger brother and me. She would order one piece of pie, and share with us. Don’t remember which pie it was. I do remember sitting at a window table, and looking outside, while we had a special treat!"

Posted by Richard Beene at 1:56 PM