Archeologists descend on Wind Wolves Preserve to study the ancient Chumash indians, and what kind of woman puts kids in the trunk of her car on a day when it is over 100 degrees?

* … WINDWOLVES: A large group of archeologists, botanists and scientists have descended on the majestic Wind Wolves Preserve and are discovering ancient caves and artifacts associated with the

Chumash Indians a thousand years ago. I was fortunate to share an afternoon with these scientists and amazing students and spent the Solstice in a Chumash cave watching a sliver of light enlighten ancient cave paintings as the sun set on the horizon. Among the other finds have been woven reed water jugs, beads associated with Russian traders and woven grass cooking baskets. The scientists and students are from around the world, including some from England, Spain and U.S. universities including Northern Arizona, Sacramento State and U.C. Berkeley. Wind Wolves consists of 93,000 acres of pure unspoiled terrain, owned and operated by the Wildlands Conservancy. It is located off Highway 166 and is open to he public for hiking and sight seeing. (photo of Chumash cave is from another preserve) 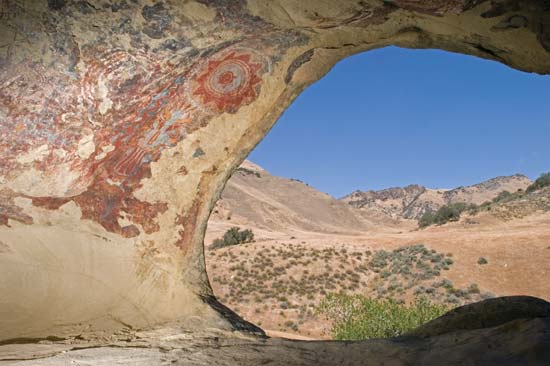 * … MOTHER OF THE YEAR: By the time you are 35 years old you should know better, but a woman named Maricela Celio was arrested this week for placing three children in the trunk of her car after apparently seeing a movie at Maya Cinemas. That's right, and as if that were not enough, a witness said Celio also was driving with another child on her lap with others in the back seat. A sharp eyed witness spotted the incident and alerted police.

* … GARCES: Bakersfield High School isn't the only local school whose football field is getting a makeover this summer. Up at Garces Memorial High, new sod is going into Sam Tobias Field as the private Catholic school gears up for another year of football.

* … SPOTTED ON TWITTER: "I don't have any kids yet but I am already looking forward to the day they move out."

* … SUMMER FOOD: The folks over at Jin Sushi downtown know how to finish a meal on a hot Bakersfield day: two slices of ice cold seedless watermelon. This the season for watermelon to have a place on your regular summer menu. 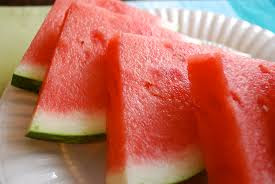 Posted by Richard Beene at 2:03 PM