Another year of crazy (many illegal) fireworks is behind us, more mailbox thefts around town and readers remember the old bakeries across town

* … PETS: With the annual obsession with fireworks over, how many dogs do you think broke free from their yards in a panic and were left roaming the streets? Nobody keeps track of this stuff, but

judging by social media posts on Facebook, the Nextdoor app and email threads, the number across the country is in the thousands. It's an annual ritual: in communities like ours where fireworks are legal, dogs cower and often break through fences in sheer terror, some of them eventually being reunited with their owners and others lost forever. When you toss in fireworks-related injuries and fires, it just seems hard to justify, but I will let Lois Henry carry the water on this one. 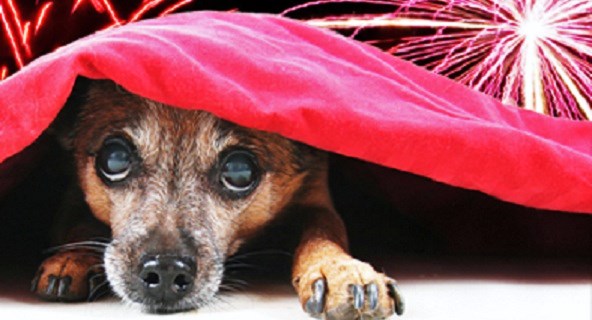 * … THEFT: Mailboxes are being broken into across town, which prompted this lament from reader Sunny Kapoor: "The proliferation of mailboxes being broken into has reached epic proportions. Our neighborhood mailbox is broken into every 2 to 3 days, with multiple pieces of mail being stolen, and this has been going on for months. On contacting the postal service about the problem, we are advised that they are working on it. It just seems like that they don’t care... I just wish that our local postmaster general would start to pay attention to this serious problem, especially with the Identity Theft Issue being front and center. Most of the residents in our neighborhood have resorted to a PO box at their expense, in order to protect their mail. I am hoping you will print this in your weekly spotlight, so that some attention will be garnered for this problem."

* … SPOTTED ON TWITTER: You know you are white trash when there are more ankle monitors than Fitbits at the family barbecue.

* … MORE TWITTER: "If you don't want me to show up to your wedding in pajamas then you might want to rethink using the words 'evening wear.'"

* … RUNNERS: I when for a hot hike (emphasize the word HOT) in the hills overlooking Hart Park Saturday and was in awe as a well conditioned group of about 20 teenagers from a local cross country team passed me without hardly breaking a sweat. Judging from some of their T-shirts, these young athletes seems to be from Ridgeview High School.

* … MEMORIES: From reader Bill Fong: "Bill Upshaw's memories of the old Golden Crust Bakery stirred up memories of the school bus trip that we got to take when in grade school. Besides being a great way to get away from school work, we received a free fresh slice of their raisin bread at the end of the tour. Also, I was wondering if anyone remembers if Golden Crust was on the north or south side of the railroad tracks? Many years ago as a 4 year old, we lived on L Street just south of the tracks, but the only structure that I remember was a big lumberyard next to the tracks. Thank you for stirring up my memories."

* … MORE MEMORIES: And finally this from Greg Laskowski: "You may be an old timer if you remember the Helms Bakery truck coming through your neighborhood offering bread, hot dog and hamburger buns, and other goods. Those yellow and blue panel tucks with the pull out rays in the back were something to and the kids would flock around."

Posted by Richard Beene at 2:45 PM