City of San Diego bans plastic bags grocery stores, which given our reputation as a litter capital, may not be a bad idea for Bakersfield


* ... PLASTIC BAGS: So did you see the city of San Diego has banned the use of plastic bags in grocery stores? It is a trend that is picking up momentum throughout the west, and it's likely only a matter of time before a similar ordinance is adopted here. The reasoning: people carelessly discard

plastic bags like they use to throw away cigarette butts, and they are not only unsightly but also terrible for the environment. Given Bakersfield's unwelcome reputation as a litter capital, it would be hard for me to oppose the move here. In San Diego, plastic can still be used to bag produce and to cover your laundry. And speaking of litterers, I chuckled when I spotted this on social media recently: "People who think leaving trash near the trash receptacle is good enough: I'll have the same attitude when I use your bathroom. " 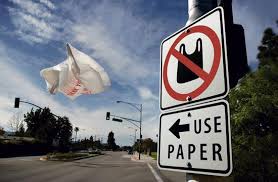 * ... MORE TRASH: Bailey Abbot and his wife Janice were in Kauai recently, both hiking and driving, and noted "there is virtually no trash to be seen. The difference is not that Kauai is using convict labor, but rather - as you have exhorted us who live in Bakersfield repeatedly, these island residents assume the role of owners and caretakers." 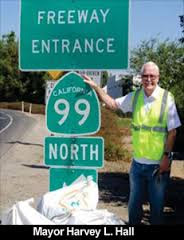 * ... SPOTTED ON TWITTER: If you think there is nothing better than sex, you've never had a cop turn on his lights behind you and then pull over someone else."

* ... GOOD FORM: John and Teresa McKiearnan wrote to thank two women, in separate cars, "who stopped to help two obviously loss dogs at the corner of Jewetta and Noriega Monday evening and taking them home to try and find their owners."


* ... BULLDOGS: I drove down to the Tejon Ranch Outlets this past weekend and was pleased to encounter a cheery group of Golden Valley High School students handing out water to thirsty shoppers while trying to raise money for the Bulldog Theater Company to attend the American High School Theater Company in Edinburgh, Scotland. Golden Valley was nominated by CSUB and was one of only 50 schools selected out of more than 2,000 applicants to attend. If you have a few bucks to help these kids, contact Sheila McClure or principal Paul Helman at the school (661) 827-0800.

* ... MEMORIES: Sue Machado added another long-gone bakery to the list of of things we miss about old Bakersfield. Said Machado: "Another bakery, not too large but nonetheless important, in the east portion of Bakersfield... the LA CRESTA HOUSE OF SWEETS owned and operated by J.D. and Betty Starr.  J.D. moved on to become head baker at Smith’s while Betty also worked for Smith’s in Fikes Market downtown.  I believe J.D. started at Beck’s Bakery in the downtown area in the 1940s.  My uncle and aunt claimed they learned about baking from my mother, the oldest of eight children."