Get ready for an explosion of political graffiti around town, Michael Congdon celebrates a year at Mission Bank and looking to our sidewalks for a bit of history


* ... ELECTIONS: Like California wild flowers on the Grapevine, political signs are starting to pop

up around town as we enter the closing stretch before the November elections. The first to appear are simple red and blue signs endorsing the city council candidacy of Andrae Gonzales, who is trying to unseat Ward 2 incumbent Terry Maxwell. In a matter of days the entire town will be sprinkled with this political graffiti as we head toward an important national and local election.

* ... WATER: Looking for some summer reading that is both relevant and eye opening? Consider "The Big Thirst," a book looking at the challenges and opportunities of water by author Charles Fisherman. As noted in a review: "In 2008, Atlanta came within ninety days of running entirely out of clean water. California is in a desperate battle to hold off a water catastrophe. And in the last five years Australia nearly ran out of water—and had to scramble to reinvent the country’s entire water system. But as dramatic as the challenges are, the deeper truth Fishman reveals is that there is no good reason for us to be overtaken by a global water crisis. We have more than enough water. We just don’t think about it, or use it, smartly." 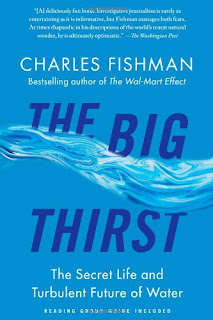 * ... MISSION: A (very) belated congratulations to Michael Congdon, who is celebrating one year at Mission Bank as its chief credit officer. Michael and I were in the same Leadership Bakersfield class some time ago and I lost track of him when he moved to Modesto to work for Wells Fargo. Is he glad to be back? "It's terrific," he told me. "I read your blog and know how you feel about trash and litter, and trust me we are better here than some other parts of California. It's good to be home." 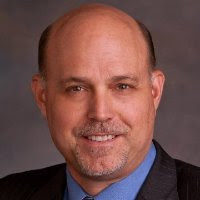 * ... SPOTTED ON TWITTER: "You don’t know heartbreak until you see the waiter coming to your table with food but then take a sharp turn to a different table."

*  ... FOODIE: Bill Lee's is known for many things - an expansive menu as well as its potent Mai Tais - but did you know they also feature an excellent club sandwich? Not exactly Chinese food but I can highly recommend it.

* ... SIDEWALKS: I am a sucker for local history and living downtown, I have plenty of time to enjoy the historic buildings and relics and reminders of the past. Old sidewalks also hold clues to our history, and I wonder if anyone remembers the people who worked at the companies that left their names and logos stamped in our sidewalks. Among some of the names imprinted on old sidewalks: Federal Construction, Joe Brown of Bakersfield, Ted Alter Cement Contractor, Larsen and Rawlings of Bakersfield, A. Klingenberg, Meyer and Stoll and Fairchild, Gilmore Wilton. 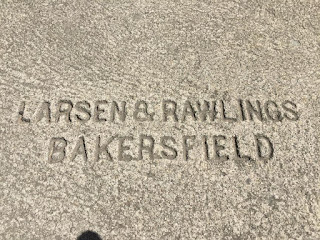 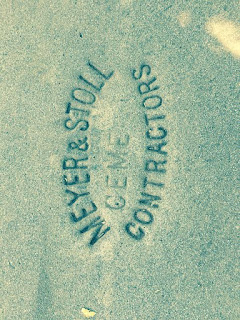 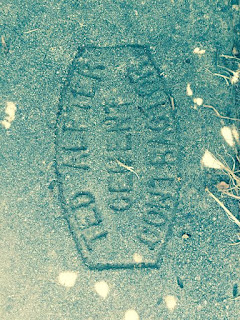 * ... MEMORIES: A friend was lamenting the demise of many of the old locally owned barbecue restaurants in town and said this: "For years the best barbecue in town was The Barbecue King on Union Avenue a few blocks from California on the east side of the street."

Posted by Richard Beene at 3:09 PM