Mini fiberglass trucks painted by local artists will appear throughout town courtesy of the Bakersfield Museum of Art, and country crooner Sam Outlaw is coming back to town

* ... CONSTRUCTION ZONE: A frustrated reader wrote pleading to Caltrans to speed up the work being done on the junction of northbound Highway 99 and eastbound Highway 58, a nightmare for "local motorists who have endured a year of construction. "I have had two screws in my tires, several close calls and a few scares with semis when I take that road to work," she said. "When will it be finished?"

* ... TRUCKS: Hats off to the Bakersfield Museum of Art for its upcoming show featuring miniature fiberglass pickup trucks customized in paint by local artists. The trucks will be part of "Driven By Art" show that will run from Sept. 19 to Oct. 2 and later - and I love this idea - a dozen of them may be permanently installed on the Westside Parkway. Look the trucks on display around town, including one at The Marketplace in the southwest. 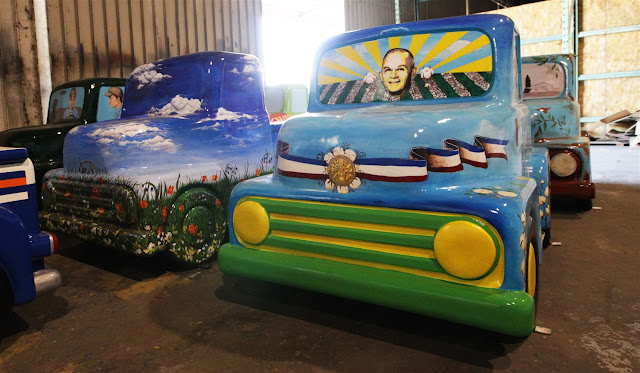 * ... OVERHEARD: A customer at the downtown Sequoia Sandwich Co. is overheard telling a friend: "Why is it I need a photo ID to pick up a radio station giveaway but not to vote?"

* ... SPOTTED ON TWITTER: "Son, someday you will meet a very special woman and make her incoherent with rage."


* ... MORE TWITTER: "When my stylist is washing my hair and then tries to talk to me, I press my finger to her lips and say 'shh, let's not ruin this with words.'"

* ... OUTLAW: Here's a must-see event for your calendar: On Friday, Sept. 9, the rising country singer Sam Outlaw returns to Bakersfield for a one-night show at Temblor Brewing Co. Outlaw (and yes, that is his real name) has appeared twice in Bakersfield to great fanfare and he and his band are returning after a long European tour. Outlaw is appearing courtesy of Passing Through Productions, which earlier this week showcased the New Orleans band The Iguanas at Temblor. 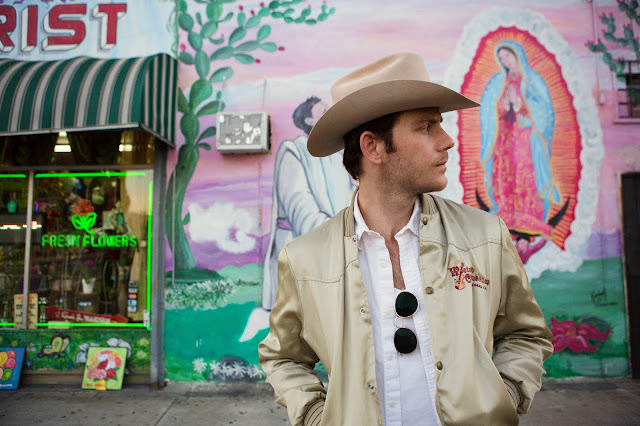 * ... GOOD FORM: Shawna Haddad runs the successful Muertos Kitchen and Lounge downtown, and she knows something about good service and good form. "Thank you to the woman who thought she cut me off at the Starbucks 24th Street drive through for paying for my order. It was a complete and lovely surprise! However, it was not necessary. Please call me at Muertos (661) 324-2557. I would like to return the favor and treat you for your kindness. Thank you again for being so thoughtful."

* ... FOUNDATION: The Bakersfield Californian Foundation is accepting applications for its fall grand cycle, offering three separate awards in the amounts of $25,000, $50,000 and $100,000. There is no specific focus for this cycle but the Foundation is interesting in capital and stand alone project, not operating costs. For more information go to www.bakersfieldcalifornianfoundation.org.