Adios to Harvey Hall, Bakersfield's longest serving mayor, get ready for the first Bakersfield Marathon and dealing with our litter problem around town

* ... ELECTION: You know the sad thing about waking up with a new president-elect? There will be no honeymoon for the new president with the American public, and the vitriol and ill feelings that

have marked this campaign (thanks to two flawed candidates) will continue. I miss the days when a new presidency was met with a sense of hope, forgiveness and compromise.

* ... FAREWELL: One familiar character I will miss in the months ahead is Mayor Harvey Hall, our longest serving mayor who has brought dignity and decorum to the non-partisan office. Hall made a hard job look easy by keeping it simple; as he told a TV interviewer, his goal was "to facilitate good deeds and recognition." He was always gracious and defined the word 'inclusion' in a world that has become increasingly diverse. Sometimes it is just that simple. 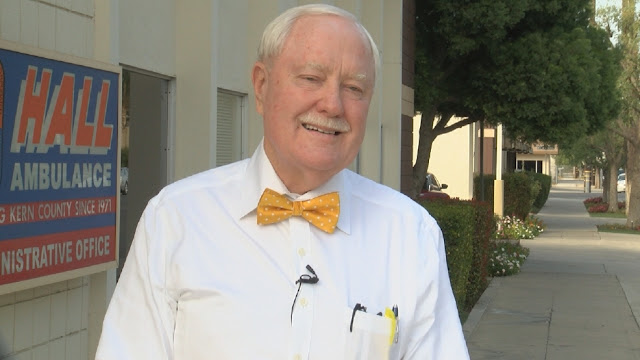 * ... MARATHON: Have you determined where you will be this Sunday when the first Bakersfield Marathon hits the streets? The race will start at Cal State Bakersfield and wind its way through town (Stockdale Highway, California, Oleander, Westchester, up Chester, Columbus and Panorama before hitting the bike trail) and it will be a spectacle to watch. Take the time to research the route and be a part of this grand event.

* ... PAINTED PICKUPS: Have you seen those whimsically painted miniature pickup trucks about town? Juliet Smith wrote to say that her friends, Keri Gless and Katie Werdel, came up with the concept to benefit the Bakersfield Museum of Art. "Not only did they bring together artists, friends and businesses to raise funds to benefit the museum, they can be spotted each week with rags and bottles of 409, cleaning each of the 33 trucks! Their dedication and love of this wonderful project is an inspiration!" 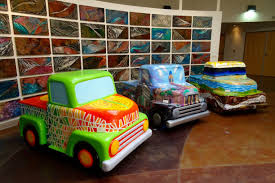 * ... CANNABIS: William Wood posed this question: "So when recreational pot becomes legal won't that put a whole new spin on the recipe for pot pie?"

* ... TRASH: Steve Green wrote to tell me there is an app called "City Sourced" that can be used to report graffiti and trash. Said Green: "Just go to the city of Bakersfield website for this app that is customized for Bakersfield. Once you have the app on your phone you can open the app, create a service request for everything from potholes, graffiti, landscaping, and illegal dumping amount other issues as well. When creating your request you have the ability to submit a picture and it will also mark the location with the GPS coordinates."

* ... GRANTS: Congratulations to the winners of several sizable grants from The Bakersfield Californian (family) Foundation. Fall cycle winners included the Kern Literacy Council for its Fighting Illiteracy program, $25,000; the Special Olympics Southern California for $25,000; the
California Recreation Foundation/One Spade Youth Packers’ One Spade Youth Packers Improvement project for $50,000; the Wildlands Conservancy for its San Emigdio Sunset Theater at the Wind Wolves Preserve, $50,000; and the Kern Medical Center Foundation for its Infusion Therapy Clinic for $100,000.

* ... BAKERSFIELDISM: Kurt Seeger posed this question for all you old timers out there: " Who remembers the Let`s Eat sign on Golden State Highway, in front of the old Rancho Bakersfield Motel and restaurant?"

Posted by Richard Beene at 2:39 PM