Another Bakersfield Pie Run is in the books, a local bicycle rider takes a nasty spill and Cafe Med serves up some delicious morsels while catering

* ... PIE RUN: Here's to John Rous and his team of volunteers for another successful Thanksgiving Pie Run at Hart Park. It looked like a record crowd in the 400 to 500 range who gathered at sunrise to get in a brisk and chilly morning hike or run to start the holiday. There was plenty of food, and each

year Sid Fulce and his wife Karen take the leftover pies (up to 70 at a time) to the Bakersfield Homeless Shelter. Soundman Pete Wonderly, wearing a Cossack fur cap to ward off the chill, served as emcee while Fluce tended to a roaring fire that welcomed the runners back to the starting line. Among those I spotted were Marcia Giumarra (one of the organizers), Mark and Betsy Ramsey and son Miles, Rob and Sally Baker and their three daughters (Katie, Sarah and Maggie), Hillary Haenes and Patrick Wells, Pam Binns, (Bakersfield Track Club president) Margaret Scrivano Patteson, Jim and Kelly Damien, Pete Elieff, Andrea Ames, Sam and Lauren Benham and daughter Nora, Mike Toland, David Rous, Bill Elrich, Rogers and Esther Brandon and Herb and Sue Benham along with grandson Andrew. 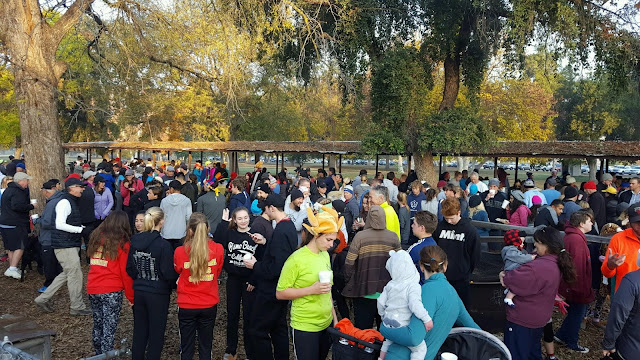 * ... THANKSGIVING: I spotted this on my friend David Jenson's Facebook page: "A lady was picking through the frozen turkeys at the grocery store but she couldn't find one big enough for her family. She asked a stock boy, 'Do these turkeys get any bigger?' The stock boy replied, 'No ma'am, they're dead.'

* ... SICK BAY: Wishing a speedy recovery to my friend Jason Barnes who was involved in a nasty bicycle accident the other day. Barnes was doing a mid-day ride with a small group when he accidentally overlapped another rider's wheel, forcing him to the pavement. He broke five ribs and has a fractured clavicle but is expected to fully recover. 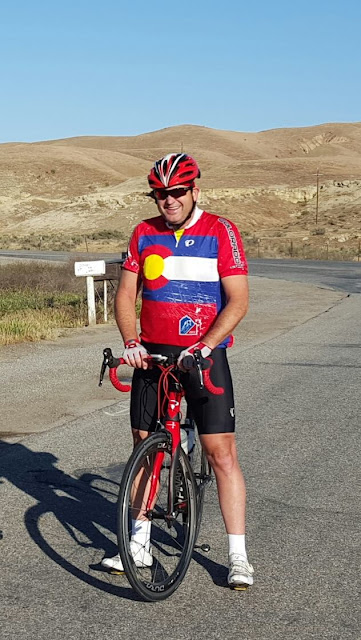 * ... SPOTTED ON TWITTER: "The sole purpose of a child’s middle name, is so he can tell when he’s really in trouble."

* ... SPOTTED DOWNTOWN: A new business downtown is called "Herban Legend." Think about that one for a moment.

* ... GOLDEN SPIKE: 'Bunny" Giraud Haaberfelde, Bakersfield High class of 1945, wrote to say she remembers the old Golden Spike Cafe located at 1510 F Street. Said Haberfelde: "Hi Richard, in reference to the cafe, if I remember correctly it was next to the railroad track and had pretty good food. We’re talking around 1949. Many Thanks for your column that continually contains many wonderful old and happy memories of my beloved hometown." Thank you Bunny!

* ... CAFE MED: Hats off to Meir Brown and his crew over at Cafe Med who knocked it out of the park while catering a recent fund raiser to support CSUB wrestling. Brown's spread included an assortment of fresh pizzas, pastas and seafood that were so good I had to take some home in a plastic to-go box. 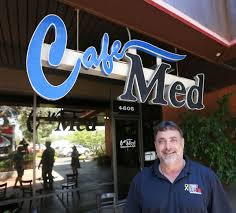 * ... HOLIDAY HOME TOUR: It's that time of year again for the popular 27th Annual Chez Noel Holiday Home Tour. This annual event, a major fund raiser for the Assistance League of Bakersfield, is set for Friday and Saturday December 2 and 3. Tickets are $40 and can be purchased from the Bargain Box Thrift Store at 1924 Q Street, Christine’s in the Stockdale Fashion Plaza, Kern Travel at 3501 Mall View Road,  Sugar Daddy at Stockdale Village and Victoria’s at the The Marketplace.