Quick thinking neighbor helps save the life of an injured dog, Ryan Alsop gets a big endorsement and watch out for those thieves who steal packages off porches

*... ANIMAL CONTROL: Catherine Sarad sent a shout-out to an animal control officer who possibly saved the life of her dog. "One of our dogs, Callahan, jumped over a six foot high gate and

got out of our yard. This was not normal behavior for him  We had had some very odd occurrences at our home for entire week prior to this. We believe something had scarred him so much he felt he had to escape anyhow possible. We live on 21st Street and Beech. He was hit by a car on the corner of our intersection. Someone called animal control right away, and thankfully an animal control vehicle was close by and responded quickly. The animal control officer called my husband, John, and he was able to get there immediately. The animal control officer drove Calahan to our family vet with John following behind. Calahan did survive, but his recovery will take some time. If animal control had not been called quickly and responded so quickly Calahan would not have survived.
He has had jaw surgery at the VCA Veterinary Specialists of the Valley in Woodland Hills.  He has had to have four teeth removed.  His left front leg is paralyzed, but we are working with it and hoping he will use out of it again and will not need amputation. We are so grateful to the person who called animal control and the quick response of the animal control unit. As with a lot of pet owners, our pets are part of our family." 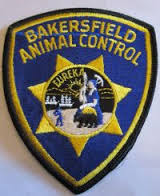 * ... ALSOP: The county's new chief executive officer, Ryan Alsop, got a sterling endorsement from Chris Frank, longtime former director of the Greater Bakersfield Chamber of Commerce. Frank reach out to me to say she hired Alsop as a legislative intern when he was in his last year of college. "He worked with GRC (governmental review council), air quality committee and petroleum committee. He traveled with me on legislative trips and was the just a standout in innovative thinking. He left to work for Congressman Stephen Horn in Washington D.C.  I could not be more excited that he is back to lead the county through the challenges ahead." Alsop grew up in Bakersfield and attended Cal State Bakersfield. 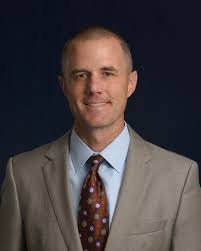 * ... PACKAGES: This is the high season for thieves who follow the UPS and postal service trucks to steal packages left on porches. I caught two younger men doing just that on a house just down the street, and after confronting them, they put the package back on the porch. Talk to any police officer and they will tell you it is happening all over town.

* ... SPOTTED ON TWITTER: "If your story doesn’t end with 'but his eyebrows will eventually grow back,' I don’t wanna hear about it."

* ... FAIRNESS: Patti Garcia wrote to defend folks on the quiet eastside street of Ina Court. She was responding to a reader who said someone on Ina Court was tossing dog feces into another street. Said Garcia: "I found your blog this morning from Nancy Vibe quite interesting since my home backs up to Auburn Street  on Ina Court.  I applaud the gentleman who helps keep our community clean. However I am a responsible pet owner, who owns a pooper scooper and picks up after my dogs almost daily. If you are a regular driver on Auburn Street you may have noticed this Hispanic lady walking her two dogs daily with her 'pickup bag'  in hand. Well that is me, Patti, who lives on Ina Court.  I have wonderful neighbors who I can't imagine would be that irresponsible. I have noticed that a lot of people allow their dogs to do their business on other people's property and just keep on walking. So to mention Ina Court in your otherwise GOOD FORM, not only took the focus off a good deed done, but unfair to the residents on Ina Court." I stand corrected, Patti.

* ... MEMORIES: And finally,  Dave “Doc” Rangel, the retired athletic trainer at Stockdale High School, shared this "Just read about the JBA (Junior Baseball Association) blog. I remember the Bakersfield Batting Range was also there with JBA the fields. My father would be getting a haircut on the south side of 34th street and I would go across the street and hit at the range. Thanks for the memories."