California welcomes the "atmospheric river" of rain and snow, what's going on at the Fox Theater and my seven month retirement ends with a daily radio show starting next week

* ... RAIN AND SNOW: Take a deep breath and enjoy this "atmospheric river" of rain that has been pummeling California for the past few weeks. To be sure it is not enough to end the long drought, but there is plenty of good news for our lakes and reservoirs. As Louis Sahagun of the Los

Angeles Times reported: "Lake Tahoe has risen 12 inches in just the last two weeks as the storms have dumped 33.6 billion gallons of water into the massive landmark, which measures 72 miles around and has a capacity for 37 trillion gallons of water. As of Tuesday morning, 154 of the largest reservoirs tracked by the California Department of Water Resources had filled to about 97 percent of their collective average for the day ... Just a year ago, many were at or below 50 percent of average." Even Lake Oroville has risen 90 feet since December. (photo courtesy of SFGate) 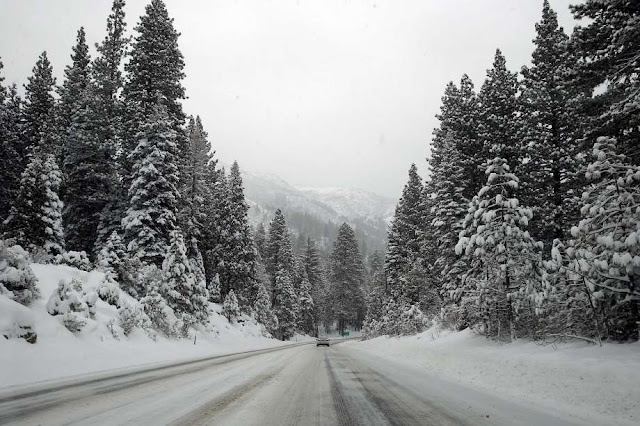 * ... FOX THEATER: What is going on over at the Fox Theater and the folks who are running the show? Jennifer Self, the Californian's longtime features editor who is plugged into the local entertainment community, shed some light this week when she questioned what happened to Bob Bender, who apparently lost his job running the Fox and booking shows at the iconic venue. So who is running this local community treasure? I hope it's not Melanie Farmer, the head of the Fox Theater Foundation who has zero experience in concert promotion. Other than telling Self the foundation was looking at being a more "hands-on operation" (what does that mean?) we are left in the dark. Memo to Farmer: The Fox is a community treasure and many of us have opened our wallets to preserve and restore it. If Bender is out, tell us what the plan is for the grand old dame of Bakersfield. 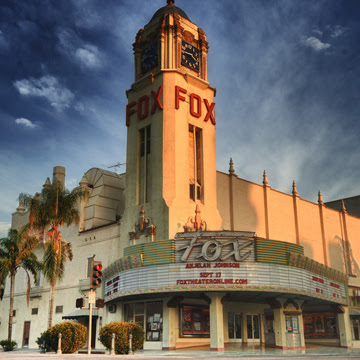 * ... SPOTTED ON TWITTER: "I've never done jail time, but I've been stuck in a group text with my family and it can't be much worse."

* ... RADIO: I spent a career in print journalism but my second love has always been news radio, a more free wheeling environment that is both authentic and unpredictable. So I am pleased to announce that effective this Monday, Jan. 16, I will host my own two hour daily talk show on KERN NewsTalk (96.1 FM/1180 AM) from 1 p.m. to 3 p.m. (I will be the lead-in for the popular Ralph Bailey Show that comes on at 3 p.m.) Join me on inauguration week for a lineup of special guests including Monsignor Craig Harrison, House Majority Leader Kevin McCarthy, Pulitzer Prize winning Washington Post columnist Kathleen Parker, former Assemblywoman Shannon Grove, Reuters Washington, D.C., correspondent Bill Trott, CSUB political science professor Jeanine Kraybill, water expert Harry Starkey, Californian columnist Lois Henry, CSUB basketball Coach Rod Barnes, Californian executive editor Bob Price and many more.

* ... FOODIE: Were you surprised that the Mimi's restaurant on California Avenue closed? Eateries come and go but Mimi's always seemed to have a steady clientele. But the food business is a tough one, and the public can be fickle in its loyalty. Across the street, I made my first visit to the Habit Burger and while it is no In-N-Out, the burger was rich and tasty and the service was excellent. I was also pleased to read that RJ's Bar and Grill had reopened and was back in business on Hageman Road. 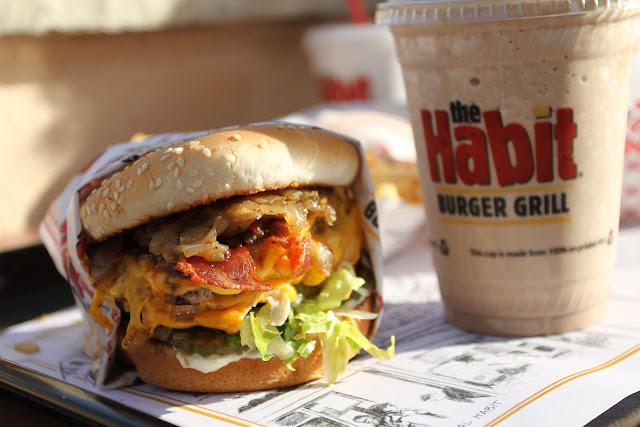