City Councilman Bob Smith steps in to help residents of a neighboring ward, Monsignor Craig Harrison holds forth at another successful CrabFest and remembering the late Trice Harvey

* ... GOOD FORM: Here's an example of really good form from Campus Park resident Kevin Cornelius. Campus Park is in Ward 5, represented by the late Jeff Tkac, and was having issues with trees being cut and hauled away. So with no current city council representative, residents turned to

Ward 4 Council Bob Smith for help. "Last Monday the city cut down five trees in one day! We the neighbors of North Campus Park decided enough already. We also had complaints with the sump or pond which was formerly a nice ecosystem a few years back. In this pond area or sump as the city calls it... everything from kit fox to ducks, cranes and falcons thrived before the city brought in heavy earth moving equipment and cleaned out all the reeds and vegetation. My wife (Sabrina) contacted Bob on Tuesday about the situation and he responded right back with a meeting three days later. Councilman Smith brought along with him city officials ( Dianne Hoover with Parks and Recreation,   Jason Meadows theWater Resources Director, and Arthur Chianello the Water Resources Manager).  We would like to thank Bob and these three city officials who showed up in the pouring rain at the park to listen to all of our concerns. They were all very courteous and promised to get back to us with some hopeful solutions." 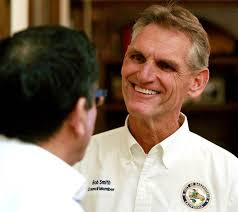 * ... CRABFEST: Monsignor Craig Harrison held court at the annual CrabFest this weekend, the hugely popular fund raiser for St. Francis School that brings together a few hundred like minded people under one roof for a dinner of ribs and crab. Angeline Mason and Rick and Cindy Jones were honored for their service, and longtime St. Francis principal Cindy Meek learned the school will build a new wing and cafeteria named in her honor. I had the chance to break bread and chat with the remarkable Kathy and John Ritter, both longtime educators and St. Francis supporters. Events like this bring our community together, and it was good to spot so many people giving their time (and money) to a good cause. 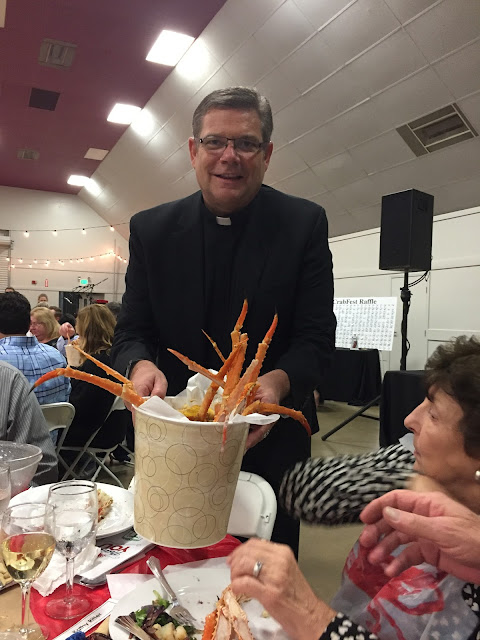 * ... SPOTTED ON TWITTER: "Relationship status: getting a back rub from a tennis ball wedged against the wall."

* ... TRICE HARVEY: Ronal Reynier shared with memory about our late Assemblyman Trice Harvey, which speaks to his good character. "About 20 years ago my wife Mary and I, on the way back from the coast, stopped at the White Elephant in Taft for lunch. A Iowa football game had just started. Trice was there and said Iowa had no chance against his team. My wife could not let that pass and so bet him $5 Iowa would win. Our quick 30 minute lunch turned into a three hour game. Iowa won and Trice reached into his wallet ... he had to borrow $5 from a friend, his wallet by that time was empty." 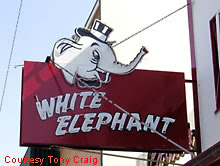 * ... CHARTER SCHOOLS: My piece on charter schools triggered this response from my friend Louis Widman out at Cal State Bakersfield: "Public schools are good for our democracy, because no other institution brings so many children together and, very importantly, teaches them how to get along with people of different faiths, races, and wealth. Since we are only free to make choices among the alternatives we know, a democracy needs public schools to provide everyone with an education that prepares people to make choices as citizens. I don’t want corporations or churches running charter schools to control what choices people realize they have."

* ... MEMORIES: Anthony Bernal says you know your are from Bakersfield "if you remember the days presidential candidates traveled by rail and both Harry Truman and Thomas Dewey made campaign stops at the Southern Pacific Depot at Baker and Sumner in 1948."