CSUB basketball coach Rod Barnes is WAC coach of the year, solving the mystery of a house scheduled to be demolished on 25th Street and remembering Jose's Spanish Food

* ... ROADRUNNERS: Cal State Bakersfield basketball coach Rod Barnes won his second consecutive "Coach of the Year" honor in the Western Athletic Conference, and with that he once again inched the Roadrunners closer to national prominence. If the Runners win the WAC again it

will mean an automatic tournament bid to attend the NCAA "Big Dance," which puts CSUB in rare company and under a national spotlight. The upside of this kind of image marketing for Bakersfield cannot be underestimated, and it brings the campus better recruits and moves us closer to the kind of recognition offered other smaller schools like Gonzaga, Bucknell and Creighton. 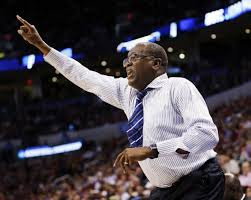 * ... GOOD FORM: Here's to the middle aged man who hopped out of his white GMC pickup truck at 19th and Chester the other day to help a homeless woman who fell in intersection, spilling her belongings in the crosswalk and holding up traffic.

* ... BAD FORM:  Shame on two bicyclists who, on their weekly noon ride that takes them up Panorama Drive, decided to urinate in public at the corner of Alta Vista and Panorama on the wall of a private residence. One man's toilet is another's neighborhood. Let's try to treat every neighborhood as if it were our own.

* ... 24th STREET: Earlier this week a reader wrote inquiring about the history of a house at the corner of 24th and Beech that bears a large white "P" on its chimney. It is among the houses scheduled to be razed for the 24th Street widening. My friend Peter Hunt responded this way: "The house at the corner of 24th and Beech Street that one of your readers asked about was my grandfather's home. His name was Pat Morison. The house was built in the late 1950s. In the 1960s it was written about in the Los Angeles Times or maybe Sunset Magazine or the Californian. I can't remember. During the construction he fell off of a saw house he had been standing on and severely broke his leg in several places. Doc Iger fixed him up. He sold the house in1970. The fireplace had a large M on it in those days!" 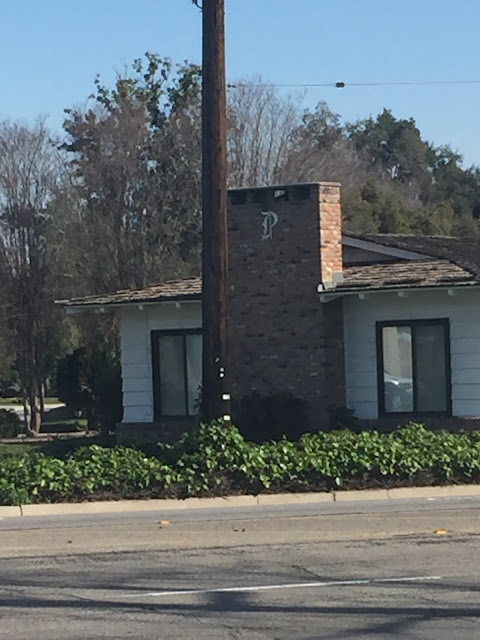 * ... MORE 24TH: And Kevin McDermott added more history to the same house: "My dad, Robert McDermott, owned and lived in the house you mentioned in your blog at the corner of 24th and Beech from 1973 to 1989. I believe the house was built in 1956. The house had an initial up on the chimney when he moved in, and he changed to his when he moved in. I am not sure when it was first established, but have seen it change since he sold the house. I still remember 1981 when he dressed in a Santa outfit and sat on the roof next to the chimney waving to the passing cars. My daughter cried when she saw him up there."

* ... DAN BLOCKER: ​And the local stories about the late Bonanza star Dan Blocker continue. This note came from reader Harry Love: "With all the recent articles about Dan Blocker I thought you would enjoy this one. I began teaching at Foothill High School in 1967. I was in the social studies department. Another member was Larry Yount (now deceased). He was a double for Dan Blocker on Bonanza. He was very proud of doing it and showed us photos of him on the set." * .... MEXICAN FOOD: So who remembers Jose's Spanish Food at California and K Street in the early 1960s? I spotted a menu for the place on the Kern County of Old Facebook page offering taco and tamale dinners starting at $1.45. 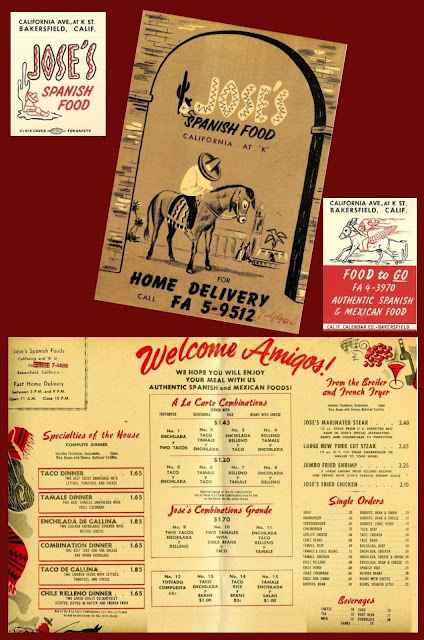