Bakersfield turns out for the July Fourth parades, the Lie-N-Den celebrates an anniversary with a burger special and the CEO of Valley Children's Hospital takes a swipe and those trying to derail Obamacare

* ... TRASH: Hats off to former Mayor Harvey Hall, who may have left office but remains deeply involved in the community. Thanks partially to Harvey's efforts and funding, the Downtown Street

Ambassador program is continuing, giving day jobs to the homeless to keep our streets clean. Each month, the Bakersfield Homeless Center says hundreds of bags of trash are collected from our streets. That's a good start, but it is just a beginning. Meanwhile Ward 2 City Councilman Andres Gonzales said work is continuing on the idea of creating a self-taxing downtown business district to provide money for security, lighting, trash pickup and marketing.

* ... HAPPY FOURTH: Bakersfield is at its best during the July Fourth holiday, and this week was no exception. Virtually every neighborhood in town has some form of a Independence Day parade featuring smiling children with wagon adorned red-white-and-blue bunting, a welcome respite from the vitriol in Washington. I attended the downtown Westchester parade where I spotted too many friends to count, but among them were Mayor Karen Goh, Louis Amestoy and daughter Alyson, Ward 2 Councilman Andres Gonzales, Carla Pearson, Lisa Boydstrun, Linda Sullenger, Rick and Lorie Kreiser, Jesse and Jeanine Kraybill, Don Martin, John and Katy Glentzer, Dustin Glentzer, Nate Hayden, Kyle and Kim Carter, Adam Belter, Meir Brown, Scott Spielman, Amy and Zane Smith, Jason Cater, Robert Austin Smith, Pat and Robin Paggi, Jenny and Joseph Andreotti, John and Ginette Brock, Tim and Erika Calahan and sisters Lillie and Ellie Martin. 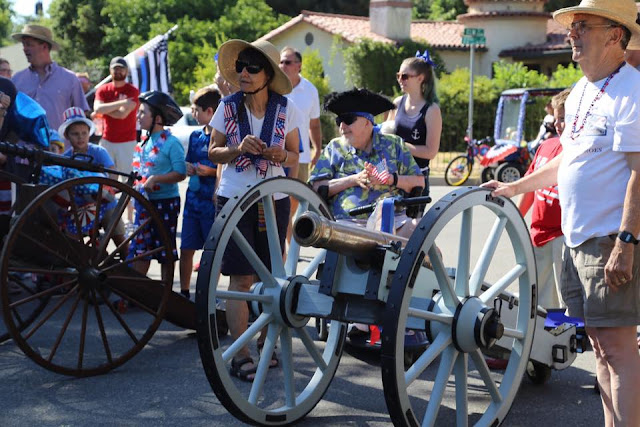 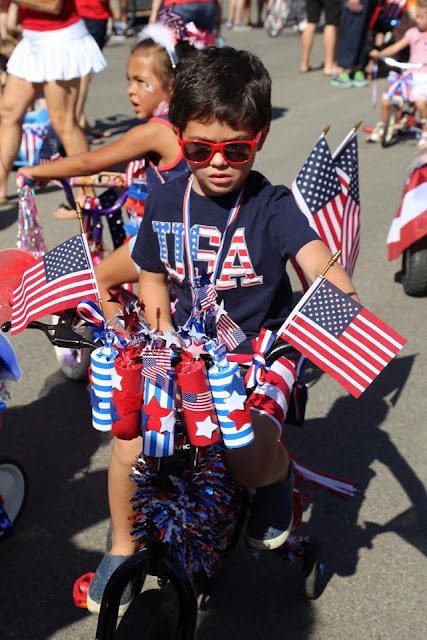 * ... LA CRESTA: Meanwhile up in La Cresta, local residents renewed a July Fourth tradition by going house to house to swim in all 27 private pools in the area.

* ... VALLEY CHILDREN'S: The chief executive officer of Valley Children's Hospital, Todd Sundrapak, has little use for the Senate version of the bill to replace Obamacare. In an opinion piece submitted to the Sacramento Bee, Sundrapak said the House and Senate versions of a new healthcare bill would be a "disaster for America's children... Children account for the largest share of the Medicaid program - also half of enrollees. Yet they are the least expensive to cover, accounting for less than 20 percent of total costs. Moreover, research is clear that children who are covered by Medicaid have better health outcomes and miss school less than other children who have no access to health care. Slashing federal Medicaid support for children is short sighted." Suntrapak will be my guest on the Wednesday edition of The Richard Beene Show on KERN NewsTalk 96.1 FM. 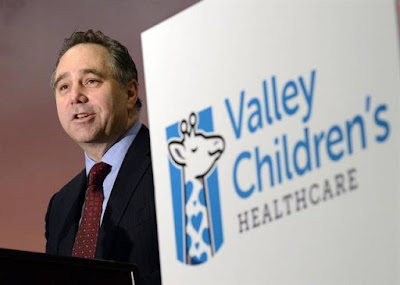 * ... SPOTTED:A real Bakersfield moment happened recently when Derek Carr appeared at the old Montgomery Ward building on Golden State (now owned by Canyon Hills Assembly of God) to share the gospel, while across the street legions of Oakland Raider fans camped out at a tailgate party to show their appreciation.

* .. LIE-N-DEN: The Lie-N-Den, home to what many consider the best burger in town, is celebrating its 12th year of ownership to a local couple. To celebrate the anniversary they are offering a half chili size for $1 between 10 a.m. and 4 p.m. on July 11. One per person and no take out. 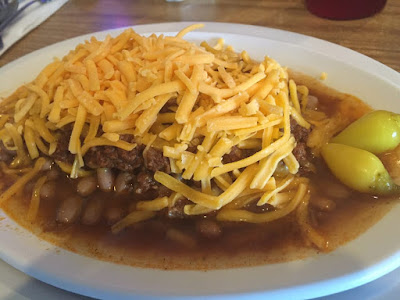 * ... CLINICA: Clinica Sierra Vista has appointed Jennifer Self as its new director of communications. Self spent more than 25 years at The Bakersfield Californian as editor of its feature Eye Street pages but left recently. Clinica started out in 1970 as a small, rural health program and has since grown to be one of the largest, comprehensive migrant health center systems in the state, offering medical, dental and behavioral health care in Kern, Fresno and Inyo counties.
Posted by Richard Beene at 1:39 PM