Round 2 of the summer heat is here, get ready for Grimmway's new colored carrots and Five Guys opens its new burger joint on Calloway Drive


* ... HEAT: Are you ready for round two of our summer heat? Well it's coming. In fact, forecasters

say we will be well above the 100 degree mark for the next two weeks, with the temperature expected to get as high as 108 before settling back down to around to a more reasonable low triple figures. We can expect to be in the 103 to 104 range as the normal for most of this month. 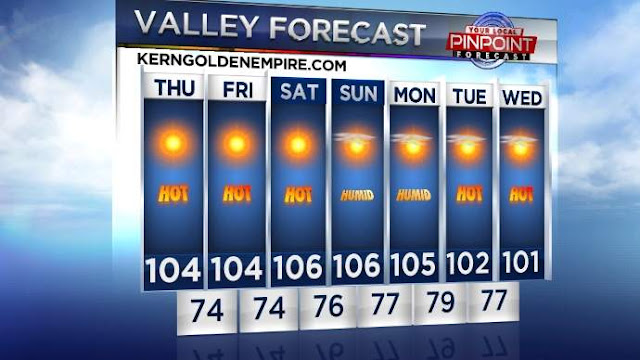 * ... COMMENTARY: Social commentator Chris Arnade, who quit his job on Wall Street to travel America to learn more about what divides us, had this to say about our world: "Opposition to Trump is like initial opposition to Hugo Chavez. So consumed with easy outrage it misses understanding why many voted for him."

* ... NEW NETWORK: If you haven't heard of One America News yet, chances are you will in the near future. OAN is a relatively new, but fast growing news network out of San Diego that is decidedly pro Trump and is finding a home on a growing number of cable providers. Said The Washington Post in a recent profile: "In a volatile TV news landscape where the longtime ratings leader, Fox News, is suffering through a period of internal turmoil, One America has tried to elbow itself into the big leagues, publicly wooing former Fox star Bill O’Reilly to join OAN. Although O’Reilly didn’t take the bait and the channel is available in only about 30 million homes, a far cry from Fox News’s 90 million, One America is growing — in viewer numbers, in influence in Republican circles, and as a potential alternative for conservatives and libertarians who believe Fox’s commitment to a right-wing perspective is weakening."

* ... SPOTTED ON TWITTER: "Before you get married ask yourself: is this the person you want to watch stare at their phone the rest of your life?"

* ... POLITICAL HUMOR: From Facebook: "Went to Hobby Lobby to get a picture frame and came home with a piece of the one true cross, a couple of Dead Sea Scrolls and the Holy Grail."

* ... CARROTS: Are you ready for colored carrots? That's the word from Jeff Huckaby, president of Grimmway Farms who told me the world's largest carrot producer is getting ready to market a new line of organic carrots coming in a variety of colors. Much like how beets and potatoes are available in different colors and varieties, Huckaby said the carrots would have different nutritional benefits and will allow salads to contain a different visual pop. Expect to see these carrots marketed via Grimmway's Cal-Organic division. 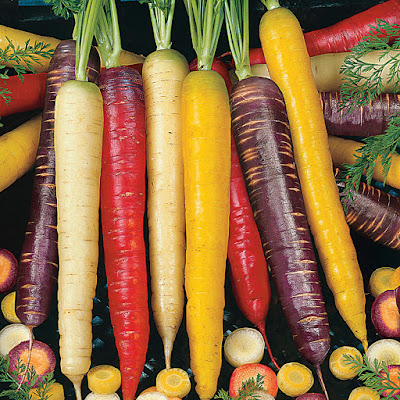 * ... FIVE GUYS: The new Five Guys burger restaurant has opened on Calloway Drive and like any new eatery in town, it is a mad dash to get served. Based in Virginia, burger purists claim Five Guys is the east coast's answer to our In-N-Out. My view: it's an outstanding burger but comes up short of dethroning In-N-Out for freshness. 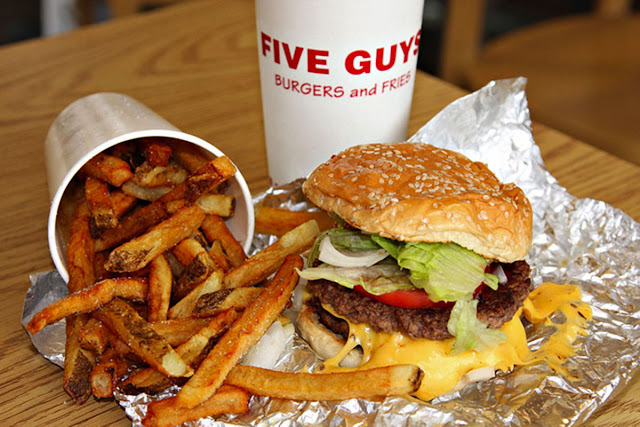