The eclipse was Mother Nature's gift, a rare moment of positivity and wonder in a world awash in negativity, terror and vitriol, and USC comes in at No. 4 in the AP preseason college football poll


* ... MOTHER NATURE: Wasn't the solar eclipse spectacular? Even here in Kern County where it didn't totally block out the sun, the event provided a rare and welcome respite from the tsunami of

negativity and bad news that have consumed us recently: Charlottesville, neo-Nazis, white supremacists, Barcelona, Islamic terrorism, the rush to erase history by tearing down statues, to name just a few. In less than three minutes Mother Nature brought us together in positivity, wonder and hope. 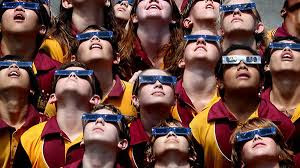 * ... SPORTS: Is there a better time for sports than fall: College football returns, we head to the World Series and the Los Angeles Dodgers are on top of the baseball world. And now this: the USC Trojans are ranked fourth in the AP preseason college football poll right behind perennial powerhouses Alabama, Ohio State and Florida State. Rounding out the top ten are Clemson, Penn State, Oklahoma, Washington, Wisconsin and Oklahoma State. 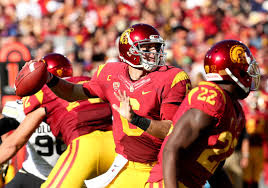 * ... SPOTTED ON FACEBOOK: "You ever get a funny feeling in the pit of your stomach and then look down and realize you're impaled on a spear?"

* ... SUMMER TREAT: Here in the waning days of summer, the best dessert around is mango mocha ice cream from Jin Sushi downtown, topped with whipped cream, chocolate and cherries. 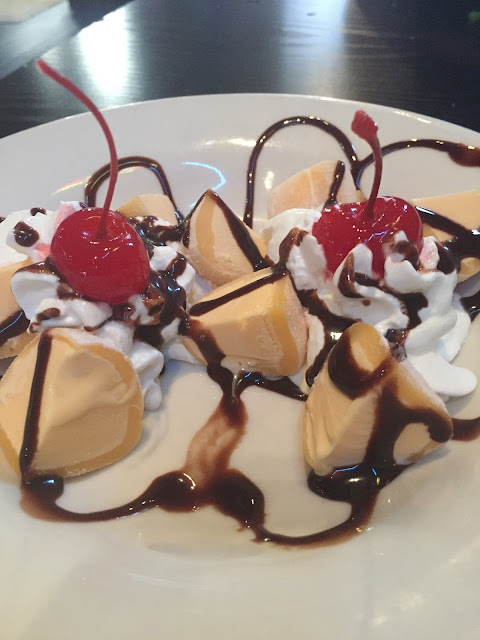 * ... REALLY BAD FORM: Ginny Espinoza is a volunteer at the Rags to Rescue store on H Street that supports the HALT (Helping Animals Live Tomorrow) dog rescue operation. This past week, someone stole an old red wooden telephone booth in front of their store. "The telephone booth was going to open in October as a Little Neighborhood Library, with books to help kids learn about their pets and how to better care for them. We had plans for Pumpkin Carving for children, Kids’ Painting Sessions, and Dogs Best Costume Contests at Halloween around the library in front of our shop.
To say that we are heart-broken is putting it mildly! Hoping you can help us spread the word for return of the booth!" 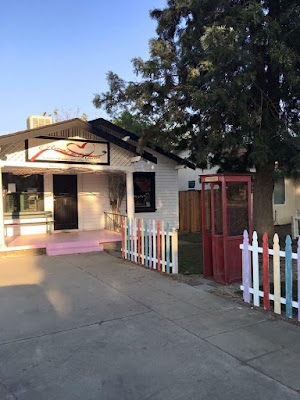 * ... MORE BAD FORM: My neighbor Bernadette Root was in Denver recently dining at the newly remodeled Union Station when she noticed a diner changing her baby's diaper at her table. "Then she left it there on top of the table," she said. Looks like bad form knows no geographic boundaries.

* ... FRANKLIN: Kathy Kozlowski is a second grade teacher at Franklin Elementary and sent me this note to set the record straight. "On Friday morning, you had a blurb in your blog about parents at Franklin not being allowed to walk their kids to the front gate on Truxtun as being a 'sign of the times.' This is really misleading. I don't know who emailed you, but most of the parents affected are not walking their kids to school; most of them are driving them.  I have been teaching at Franklin for 28 years. When I started there in 1989, no one was allowed to drop or pick up their kids off on Truxtun Avenue because the traffic made it too dangerous. It remained that way for years. However, recently, more and more parents decided to break the rule and drop off their kids on Truxtun because it was more convenient. The traffic on Truxtun is really fast in front of the school, even though it's supposed to be 25 mph. Most cars are going much faster than that. Some parents were even double parking on Truxtun to pick up or drop off their kids. To avoid potential accidents, this year, we decided to start the new year off with going back to enforcing the rule that had been in place for years. Eighteenth Street has a crossing guard, and the traffic is not as bad as Truxtun Avenue."

Posted by Richard Beene at 7:59 AM