Five California universities make the top ten of the nation's best public colleges, get ready for Santa Carota beef to hit the market and battling an infestation of weevils

* ... TOP UNIVERSITIES: U.S. News has unveiled its annual list of the top public colleges and universities and once again the state of California occupies five of the top ten spots. In no particular 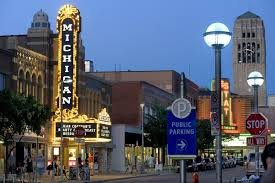 * ... SANTA CAROTA: If you haven't heard of Santa Carota steaks yet, you will soon. The brainchild of Kern County ranchers Justin and Corrine Pettit, this new beef is totally gluten free and a perfect addition to the farm to table movement that values free range beef raised without grains. How do they do it? The cattle are grass raised and carrot finished, meaning they eat up to 200 pounds of carrots a day. The steaks are leaner, lighter and tastier. They are available now at the Luigi's deli and soon Santa Carota ground beef and steaks will be on sale at the Wood Dale butcher shop. 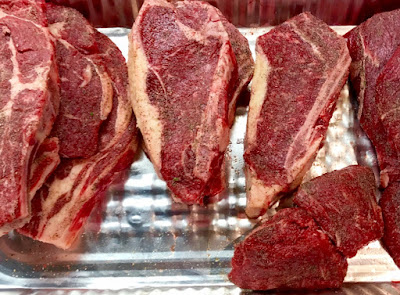 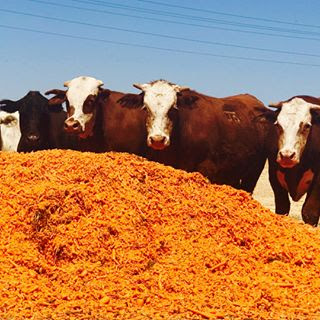 * ... WEEVILS: I opened a cupboard this weekend to find a nasty infestation of weevils, those pesky insects that exploit any opportunity to crawl into an open bag of flour or grain. That, along with an equally irksome infestation of gnats at Bakersfield Racquet Club, left me thinking about the effect of our wet winter and its connection to an insect explosion across town. 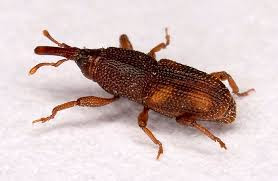 * ... PICKLEBALL: Congratulations to Nick Jacobs who staged a successful inaugural Renegade Cup Pickleball tournament up at Bakersfield College this weekend. Jacobs, head tennis coach at BC, said he had more than 100 players from Fresno, Visalia, Lancaster, Hanford and Phoenix attend the tournament.

* ... SOUTH HIGH: South High School is holding a gala at the Doubletree Hotel later this month to honor a new group of inductees into its alumni hall of fame. Hats off to all the folks who are being honored, including Californian columnist Herb Benham. basketball player Winston Crite, educators Jeanne Johnson Harry and Richard Giese, Mike Davis, former educators Bill Miller and Mike Stricker, and former coach John Wren,.

* ... MEMORIES: Bud King wrote with some memories of the old Lebec Hotel. "King Trucking of Bakersfield did the demolition of the Lebec Hotel.  They were getting so many flats on the trucks that they got with the Fire Department across Highway 99 and Interstate 5 to use their parking lot to make repairs. That is where I learned a lesson about split rim truck rims, always put the split side down. One of the tire repairman didn't, it blew off during inflation and took the top of his head off. "

Posted by Richard Beene at 6:07 AM