Rep. Kevin McCarthy walks a political tightrope by aligning himself with the president, and follow the money, and connections, in the 3rd District supervisor's race


Welcome to Bakersfield Observed. Our mission is to celebrate life in Kern County by focusing on newsmakers and events and the local characters who make this such a special place. We value your feedback. Email your news and notes (good form, bad form, kids doing well, anniversaries, observations) to rsbeene@yahoo.com.

* ... KMAC: Here's a question worth pondering: how much damage is Kevin McCarthy doing to himself because of his close relationship with Donald Trump? It's topic No. 1 at lunch across town when when it comes to our favorite locally grown House Majority Leader, and increasingly folks are

going public with what they think. While a recent Washington Post story credited McCarthy for his ability to establish a relationship of trust with the president, here are home some people are thinking he has sold his soul for political expedience. It's a growing chorus of criticism that is growing bolder by the day, and you have to wonder what McCarthy is thinking as he shares the spotlight with a president who has become so divisive. Two vocal critics of McCarthy (albeit both are Democrats so some of this is expected) are criminal lawyer David Torres and plaintiffs attorney Matt Clark, both of whom use social media to take on McCarthy. Consider this recent post by Torres: "Why does our Representative Kevin McCarthy continue to defend the actions of President Trump? Why does 'Trump’s Kevin' believe it is ok to turn his head and ignore the hatred, racism and ugliness that spews out of Trump’s mouth and policies? Is it too difficult for McCarthy to shed the cloak of cowardice and exhibit fortitude, not like a man, but like a caring human being, and tell his constituents, better yet, American’s, that he condemns the President’s ill choice of words and lack of diplomacy against impoverished countries? That he does not believe those countries Trump impugned are inferior to the USA and that McCarthy acknowledges the scores of Americans from Haiti, Jamaica, Africa and Latin American countries who have contributed greatly to our society." (photo of David A. Torres) 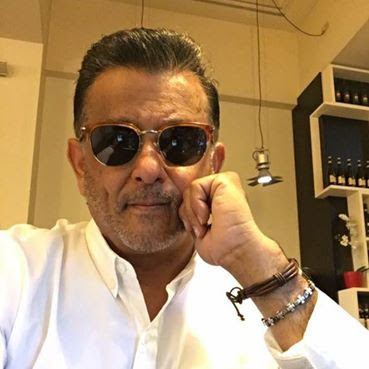 * ... MAGGARD VS HEINLE: Just how ugly will the race for 3rd District county supervisor get in the months ahead? If the last week is any indication, it will be plenty ugly. Supervisor Mike Maggard has come out swinging, accusing his challenger - city firefighter Jeff Heinle - of being backrolled by pro marijuana interests. But here's a hint: follow the money and
pay attention to who is supporting both Maggard and Heinle. There is no direct evidence that Heinle is backed by pro marijuana interests, and even if he were, it's totally legal as cannabis enters the mainstream of California politics. And here's something interesting: political strategist Kim Schaefer is now running Maggard's campaign. But it doesn't stop there. Schaefer is also working for a group called Kern Citizens for Patient's Rights that has a medical marijuana initiative on the city ballot. While it wouldn't affect the unincorporated county, the irony here is rich that Maggard's campaign is being run by an operative who is helping run a pro medicinal marijuana initiative that Maggard voted against when it came before the Board of Supervisors. What is it they say about politics making strange bedfellows? Anyway, would that qualify as a conflict for Maggard? Schaefer, by the way, formerly worked for Congressman Jim Costa and briefly was chief of staff for Supervisor Leticia Perez, who Maggard has accused by plotting against him along with her political consultant husband, Fernando Jara. As I said, pay attention to these connections and their own interests. Isn't politics grand? (photo courtesy of The Bakersfield Californian; Kim Schaefer photo from Facebook) 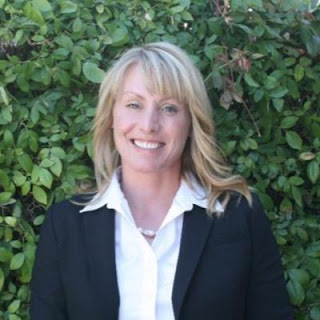 * ... SPOTTED ON TWITTER: "When people with multiple personality disorders are about to die, whose life flashes before their eyes?"

* ... SANTA CAROTA BEEF: Good news for the local ranching family that produces the grass and carrot fed Santa Carota beef: Eureka Burger will be featuring the beef this month. The burger, produced right here in Kern County, will be available at the Eureka Burger locations in Bakersfield, Hawthorne, San Diego and Las Vegas. 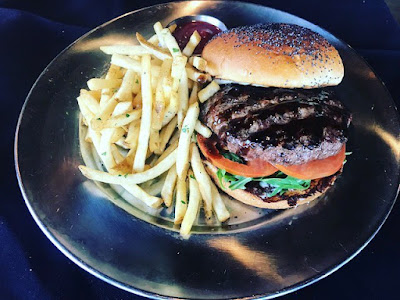 * ... AMC THEATER: Have you been to the remodeled AMC Theater off California Avenue near Coconut Joe's? The theater features six small viewing rooms, each with about 20 seats with fully reclining, comfortable chairs. What's best: you can buy your tickets online and reserve your seating. The chain also has full beer and wine service and an extensive menu. The bad: a lot of ambient noise from the lobby and I had to use Fandango because the AMC website was not working. Still, worth your try.