Kern County politics may be the best spectator sport in town, turmoil at KNZR and remembering the time when Clark Gable visited Bakersfield


* ... MIKE MAGGARD: The race for 3rd District supervisor - Mike Maggard is seeking reelection - is starting to resemble a soap opera, full of intrigue, deceit, accusations and denial. The latest:

political activist T.J. Eposito says he has been behind the "Mad Mike" attack ads on the radio and social media. Esposito told me a super PAC was behind the ads, and he vows there is more to come. "A revolution is no picnic," he told me on KERN NewsTalk 96.1 FM. "It's going to be uncomfortable... dirty acting will be uncovered." As for Maggard, Esposito said "he hasn't seen nothing yet." Esposito is furious with Maggard because he voted against regulating marijuana and seemed to denigrate folks who rely on medicinal marijuana for their health. One thing seems clear: Esposito and his group are not going way, and this race will get uglier as the weeks and months pass.

* ... SCRIVNER: Meanwhile another incumbent supervisor, Zack Scrivner, has picked up another opponent in high school teacher and LGBT activist Whitney Weddell. No word on if marijuana will be front and center of that campaign, even though Scrivner voted with Maggard not to allow its sale in Kern County. And no supervisor story this year would be complete without a heavy dose of irony. As a college student, Scrivner was busted for possession of marijuana but here decades later positions himself on high moral ground by voting against it. (photo courtesy of The Bakersfield Californian) 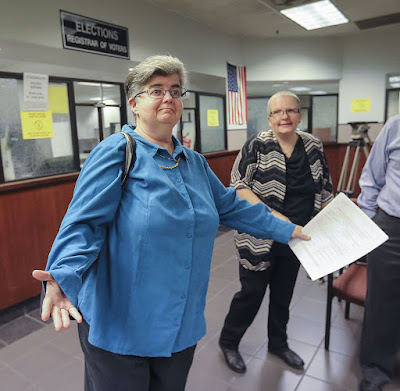 * ... INGA BARKS: Rumors are flying around town that KNZR radio has parted ways with longtime afternoon talk show host Inga Barks. I reached out to KNZR station manager Mary Lou Gunn, as well as Inga herself, but have heard nothing, which may be normal considering we are talking about personnel changes here. Barks has been absent on the radio recently (illnesss? vacation?) and that could have led to the speculation. Her mugshot and bio material remain on the KNZR website. Stay tuned. 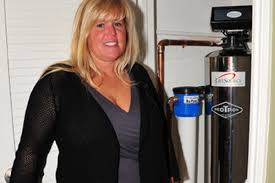 * ... JAZ MCKAY: Meanwhile, KNZR owner Alpha Media faced greater problems at the local station when social media exploded over a post by afternoon host Jaz McKay making racist comments about local Hispanics. McKay apparently posted a Facebook live post of him listening to Spanish language radio stations and referring them as "Spic" channels. That was picked up by former KNZR employee Chad Garcia who shared it with his followers, triggering a firestorm of complaints. McKay was not on the air Friday (a guest host filled in) and he told the local newspaper he was sorry if it offended anyone. All in all a bad day for Alpha Media. What is it they say about karma? 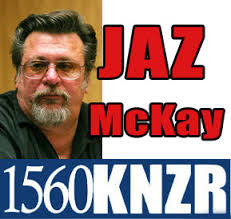 * ... MORE TWITTER: "I just want one month where a headline doesn't appear that makes me picture Donald Trump having sex with someone."

* ... TRAGEDY: What a horrible week for our young people in Bakersfield. First, 16-year-old Centennial High student Clayton Boen died after falling out of a vehicle in a DUI related incident. Then, it was revealed that a 13-year-old Rosedale Middle School student committed suicide after she was bullied at school.

* ... HOLIDAY LIGHTS: The folks who run the annual holiday light show out at CALM had their biggest year ever. According to Steve Sanders over at the Kern Superintendent of Schools, this was a record year with 67,618 people enjoying the light show that celebrated its 15th year. "That was about 15,000 more than last year and 10,000 more than our previous record year in 2012 of 57,993," Sanders said. He explained that will net over $200,000 for CALM, all of which goes directly into exhibits and improvements.

* ... OLD DAYS: The other day I interviewed local historian John Kelley on the Old Ridge Route, the circuitous, winding road built in 1915 that connected Bakersfield and Los Angeles. Among the fascinating tidbits: how Hollywood celebrities like Clark Gable and Carole Lombard would visit some of the old hotels like the Lebec Hotel as a weekend retreat. When I returned home, a neighbor (I  live in a 1934 bungalow downtown) sent me a note about Clark Gable visiting my street. Julie (Clerou) Riegel said this: "On a Sunday afternoon in the mid 1950s, Clark Gable and his wife, Kay Williams, drove down Cedar Street in their long, shiny, beautiful black car to visit Kay Williams’ brother who lived next door to you. Even though I was a young kid, I can remember every detail... his dark overcoat, crooked smile, slick chocolate brown hair, and the confident and friendly wave he gave to all of us kids waiting in the street. I think he and his wife visited a few more times but I can’t remember those visits. So Clark Gable stood, walked, parked, smiled and waved not more than 20 feet from your yard." 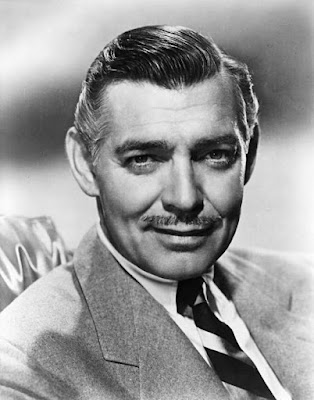