Dirty politics in Kern County? Tell me it ain't so! District attorney candidate Scott Spielman cries foul , Jane Fonda will appear in town next week and the building that houses Trout's is sold

* ... DIRTY POLITICS: Are you shocked to see dirty politics just days before an election? Well this is Kern County, home of Western Pacific Research, the well oiled and successful consulting firm that wrote the manual on last second deceptions and half truths. This time it involved WPR's legally questionable role in last minute advertisements for district attorney candidate Cynthia Zimmer. It turns out the ads were paid for by People's Advocate, a conservative PAC that has direct ties to WPR (both groups share some staffers apparently). The problem here is the ads could violate Measure K, a campaign finance law passed in 2002. Zimmer's opponent, Scott Spielman, is understandably furious and WPR's Cathy Abernathy said she would remove the ad but she denied violating the law. Sounds fishy, right? Well, this is Kern County and we have seen this movie before. 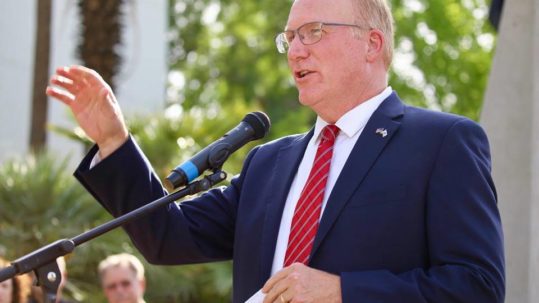 * ...  TROUT'S: So did you hear that the building that housed the iconic Trout's bar on North Chester has sold? Word is it will be converted into a medical complex, marking the end of a long and storied history of one of the last true honkey tonks in Bakersfield. Still missing: the famous Trout's sign that disappeared when the previous owner skipped town. 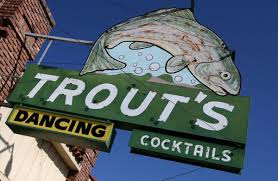 * ... HANOI JANE: Jane Fonda is coming to Bakersfield next week, and it looks like she will be greeted by a group of veterans and others who are none too happy that she is in town. Chad Garcia, host of the weekly KernVets radio show on KERN NewsTalk 96.1 FM, is organizing the protest to call attention to Fonda's anti-war activities and visit to Hanoi during the Vietnam War. Stay tuned because this should be rich. 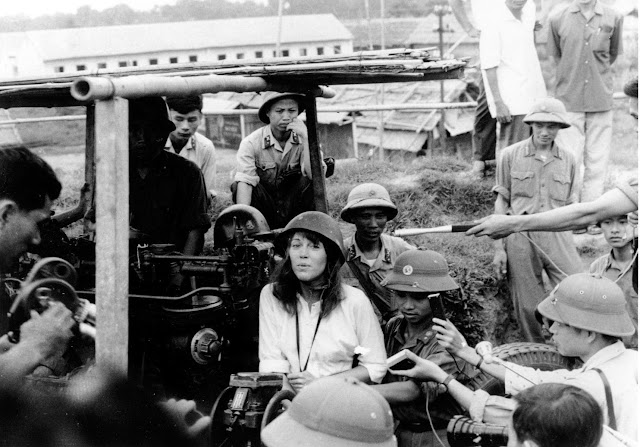 * ... SPOTTED ON TWITTER: "I replaced 'alcohol dependency and erratic behavior' with 'love dogs and books' in my Match profile and now I have 11 dates lined up."

* ... GOOD FORM: David Dobbs owns Imbibe Wine and Spirits, the wildly popular wine, craft beer and spirits shop over off Truxtun extension. But what you may not know about him is his deep generosity to various causes, so it should come as no surprise that he has teamed up with the SPCA to help the organization raise money. Next Wednesday on June 6, Imbibe will host a wine tasting featuring "Mixed Breed" wine to raise money to help Julie Johnson and the SPCA raise much needed money. The cost is just $10 and $3 from every bottle of Mixed Breed sold will go straight back to the SPCA. 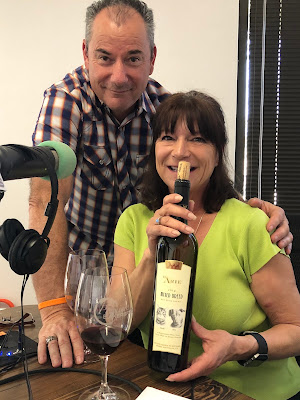 * ... MOVING UP: Congratulations to Jennifer Self who has accepted the position of director of communications at Omni Family Health. Self was most recently with Clinica Sierra Vista, and prior to that spent 20-plus years as a lifestyles editors with The Californian. Said Self: "My work advocating on behalf of the medically underserved in our valley has come to mean so much to me, satisfying a part of my soul that I didn't know needed nourishing until I went to the clinics, met the patients and saw the power that community health centers have to improve the lives of the most vulnerable and isolated."

* ... MEMORIES: This picture appeared on the Bakersfield Memories Facebook page with this caption: "The Arlington House and the brand new William H. Scribner building on Chester Ave. as they looked in 1886. The Arlington was at its peak as one of the finest hostelries in the west. Truly a five star establishment of its day. The Scribner Building housed the A. Edmunds Clothing store and W.H. Scribner's store.  Scribner owned a few buildings in town including the Scribner Water Tower on the corner of Truxtun and Chester. It was the only major downtown structure to survive the 1889 fire. These two buildings were not not so fortunate. 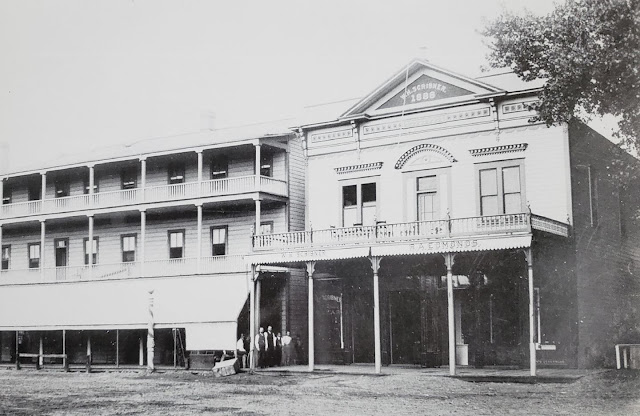