Tis the season for political hit pieces to fill our mailboxes, the Dodgers run in the playoffs adds some cheer to a rancorous political climate, and how many sex offenders live in your neighborhood?

* ... CAMPAIGN SEASON: If there was any doubt the gloves have come off as we head into the final stretch before the November elections, just open your mailbox. The hit pieces come daily, and

some are hyperbole and some are outright intentionally misleading. Supervisor Mike Maggard's campaign has been throwing big money into direct mailers in his campaign against challenger Jeff Heinle, who is labeled a "liberal Democrat" in one Maggard hit piece. Why that matters in a nonpartisan office is besides the point: hit pieces often work. In the Maggard piece, it lists his supporters as Sheriff Donny Youngblood, Rep. Kevin NcCarthy, former Assemblywoman Shannon Grove and Assemblyman Vince Fong. It lists Heinle's supporters as one person: Supervisor Leticia Perez, and the world knows there is no love lost between Perez and Maggard. And so it goes. 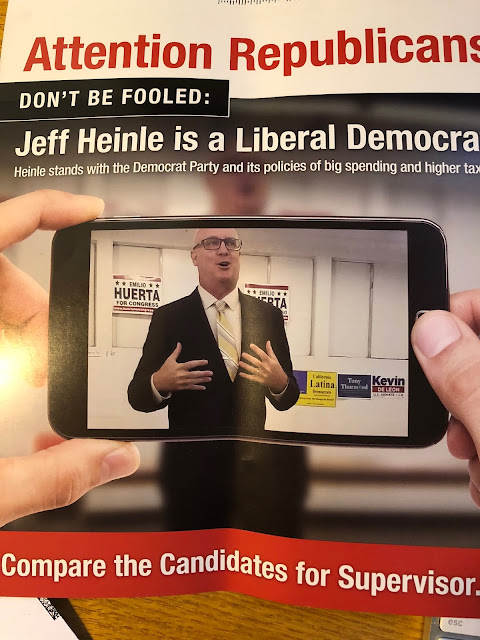 * ... DODGERS: There's nothing like the LA Dodgers in the playoffs to give us some much needed relief from the acid rain of local and national politics. Put the Kavanaugh hearings and the rancor on the Board of Supervisors behind us, because the Dodgers are making another run for a return to the World Series. If you went anywhere this week - bars, restaurants, the homes of friends - folks were watching Dodger baseball, one of those rare times when we are united in cause, and spirit. 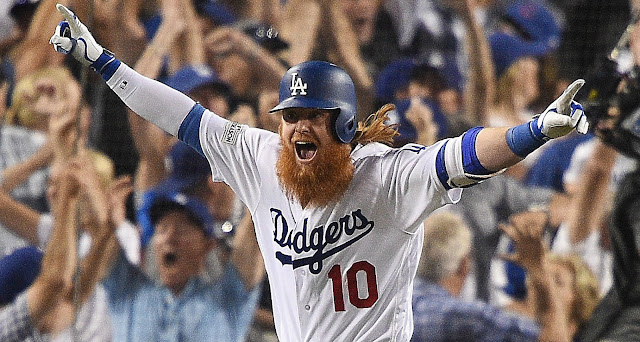 * ... SPOTTED ON TWITTER: "Since every living being has a soul, does that mean that all of us are haunted?"

* ... SPOTTED ON FACEBOOK: "You know that nice tingly feeling you get when you’re falling for someone? That’s common sense leaving your body."

* ... SEX OFFENDERS: So you think you live in a safe neighborhood? Think again. You might be surprised how many felons, and even sex offenders, live close by. I know this because a friend turned me onto a new iPhone app called "Offender Locator." Download the app (it costs 99 cents) and you can zoom into your neighborhood, or anywhere in town or the country for that matter, and see where sex offenders live. I live downtown south of 24th Street and the area is (thankfully) free of offenders, but Oildale and the east side have enough to make you uncomfortable.

* ... MEMORIES: How about this photo I spotted on the Kern County of Old Facebook page. Its caption: "Comparison photos / SW Corner Chester at Truxtun. When the Kern County seat was moved from Havilah to Bakersfield a new courthouse was constructed in 1876. It soon became inadequate for the growing county. In 1896 it was reconstructed with additions that doubled the size of the original building (Post card photo below). When a more modern courthouse was built across the street in 1912, the county sold the old courthouse to the City of Bakersfield for use as its city hall. Both the old and new courthouses were damaged in a 1952 earthquake and demolished. The 1876 architect was Albert A. Bennett. The 1896 expansion was designed by architect Charles Barnett McDougall. A cement-and-wrought iron fence that enclosed the 1896 courthouse now stands inside the entrance of the Kern County Museum." 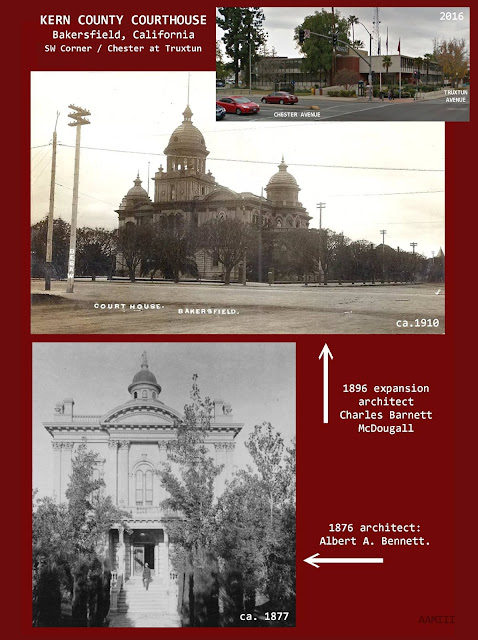